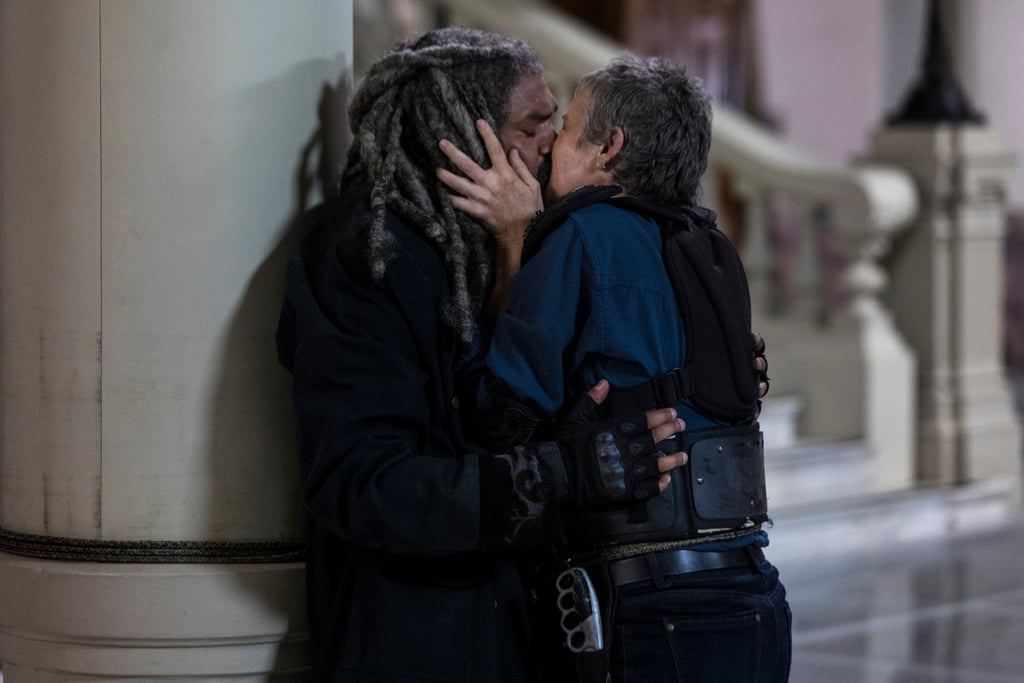 The Walking Dead's Carol and Ezekiel Are Officially an Item, and the Internet Can't Handle It

Warning: Romantic AF spoilers for the season nine premiere of The Walking Dead below!

The Walking Dead's ninth season starts off with quite a bang. We meet up with our favorite apocalypse survivors in the midst of rebuilding their communities, several months after the end of season eight. Elections have been won, babies have been born, and relationships have officially become canon! Yes, we're talking about the King and his "Lady."

A romantic relationship between Carol and Ezekiel has been hinted at since season seven and we finally get to see them in action. Though Carol does reject Ezekiel's marriage proposal after a close call leaves him feeling emotional, they are still adorably affectionate when they have to part at the end of the episode. Considering TWD fans have been gunning for Carol and Daryl since the characters first interacted, it's not surprising that her relationship with Ezekiel has stirred up a lot of feelings online. Check out how viewers are handling their relationship, especially those who are still holding out for Caryl.