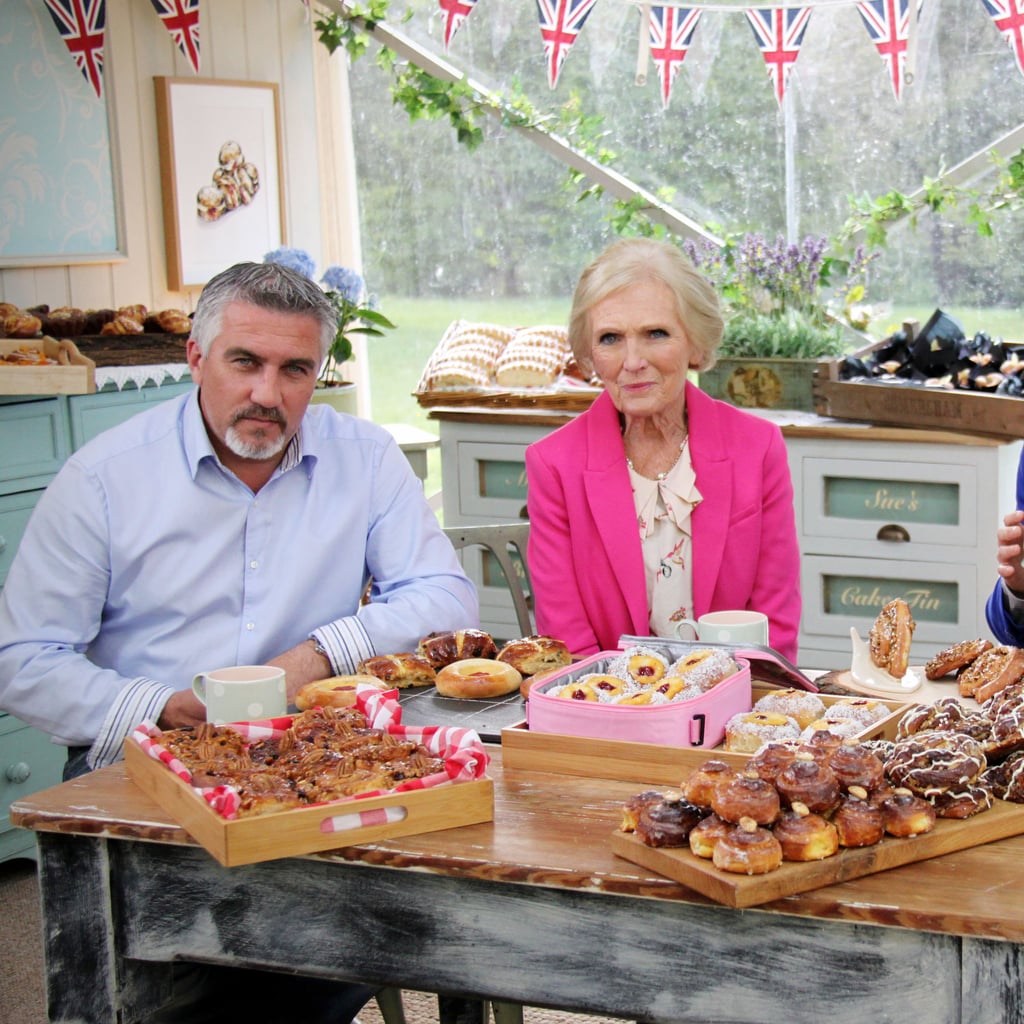 I can still remember following my mom around the kitchen of our tiny apartment when I was a kid, often covered in chocolate and still too short to see over the countertop as I watched her mix a batch of fresh chocolate chip cookies. She taught me to bake at a young age, and my memories with her probably play a big part in why I still love baking so much today. With so much time to kill as I continue to social distance to prevent the spread of COVID-19, I've been baking up a storm: a loaf of banana bread, a homemade lemon cake, a batch of snickerdoodles, coconut cheesecake, and more. For me, baking just warms the soul.

While I still haven't nailed the "precision" part of baking ("It's like science!" — my mom), my bakes still turn out pretty well. Sometimes, though, I just need to unwind in a different way — which is where Netflix comes in, and specifically the only cooking show I have ever deemed truly wholesome: The Great British Baking Show. Some cooking competitions, from Chopped to Masterchef Junior, involve an overwhelming (but entertaining) experience filled with yelling, swearing, crying, and harsh criticism. But The Great British Baking Show strips away the bells and whistles that are meant to make traditional cooking competitions enticing. Instead, it combines all the best elements of a baking show and adds a pinch of British charm, cooking up a fun and heartwarming series worth adding to your Netflix queue.

For anyone who hasn't had the chance to watch Mary Berry savor a rum-spiked chantilly cream, the show follows 12 home bakers of varying skill levels as they compete week after week in three challenges (the signature bake, the technical challenge, and the showstopper challenge) to determine who will be named Star Baker and who will go home. As much as it's a competition, it's also a show about creativity, friendship, bad jokes, and heartwarming moments between people who love cake. So, really, who can't relate? (I know I can.) Here are some of the reasons this show holds such a special place in my heart and helps me wind down now, when I need it most.

Ariana Grande
Ariana Grande and Elizabeth Gillies Are Too Cute in These Throwback Photos From "13: The Musical"
by Victoria Edel 12 hours ago