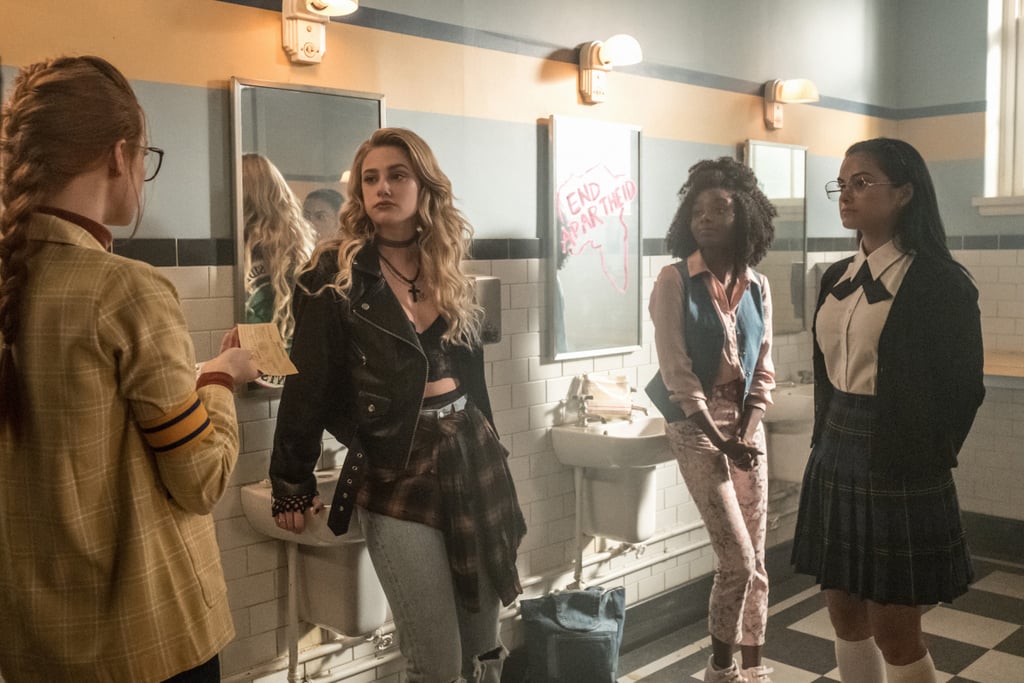 Things are about to get very interesting on Riverdale! This season, the younger cast will be playing their parents in the highly anticipated flashback episode, and the photos are blowing our minds.

While KJ Apa and Cole Sprouse are dead-ringers for their onscreen dads, Luke Perry and Skeet Ulrich, we completely lost it when we saw Lili Reinhart as a young Mädchen Amick. While Alice Cooper is usually pretty reserved in present day, it looks like we'll be seeing a whole new wild side of her in the flashback. "Young Alice is so different from the Alice that you see today," Reinhart told Entertainment Weekly. "She's not just this uptight, precocious, looks-down-upon-everyone teen — like she was a Serpent. So that gives her young personality a lot."

The episode, which will focus on the Gargoyle King mystery, will also include an appearance from Mark Consuelos's real-life son Michael. The 21-year-old will be playing a young Hiram Lodge in the flashback episode. Just when you thought Riverdale couldn't get any crazier, it does! The episode doesn't air until Nov. 7, but in the meantime, you can see the photos ahead.