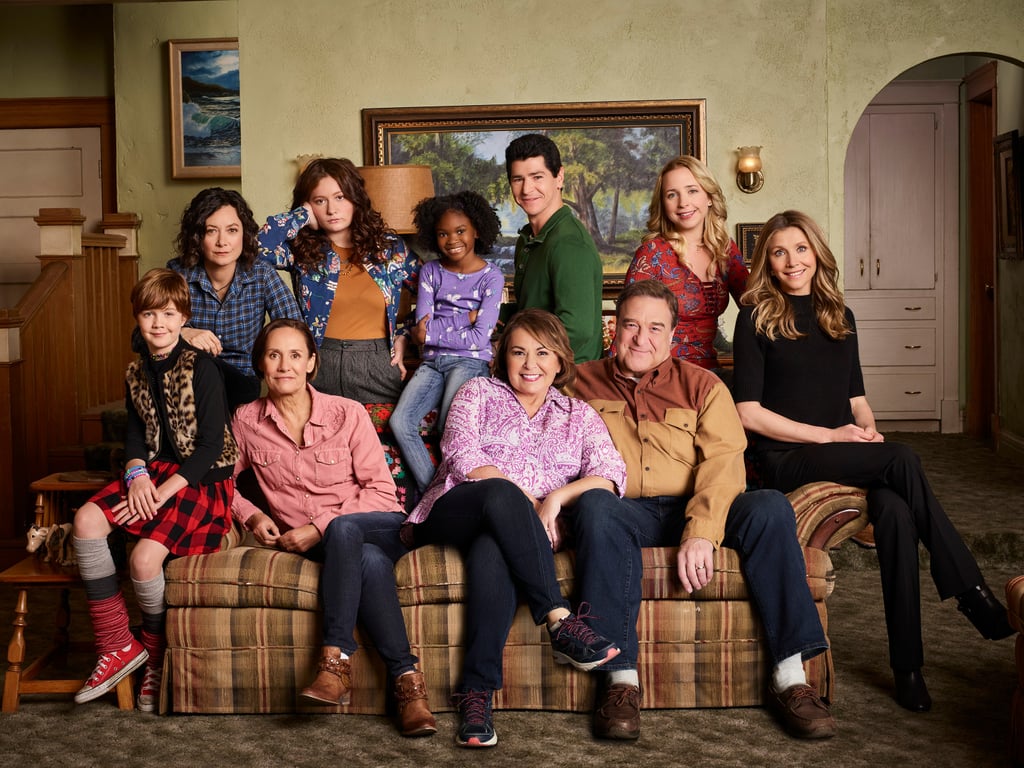 Dan Is Alive, Darlene Is Divorced, and Jackie Is a Nasty Woman in Roseanne Reboot Photos

After a few short trailers, some behind-the-scenes snaps, and a reunion at the Golden Globes, we've finally gotten a big look at the Roseanne reboot's first few episodes. ABC shared a bunch of photos from the new season ahead of its March 27 premiere, and they're full of exciting details about what the beloved old characters — as well as the new cast! — are up to.

Dan (John Goodman) is alive and well despite his character dying in the season finale, Jackie (Laurie Metcalf) is in full Nasty Woman mode, and it looks like Darlene (Sara Gilbert) is seeking comfort from her parents after moving back in following her separation from her husband, David (Johnny Galecki). There are also a few shots of the new, younger characters! Shameless star Emma Kenney plays Harris, Darlene's daughter, and Jayden Rey will appear as Mary, D.J.'s daughter. Twenty years later, the Conner family has only grown.

Take a look at all the photos ahead, then check out how much the cast has changed since the show's original run!