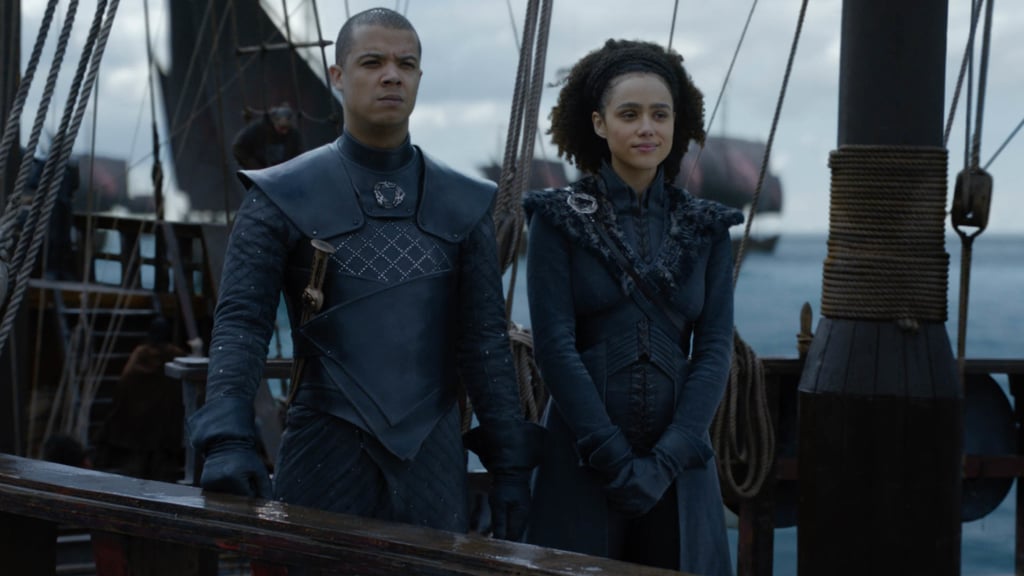 Game of Thrones: The Internet Is Rightfully Furious After the Graphic Death of [SPOILER]

Warning: The night is dark and this post is full of Game of Thrones spoilers, so proceed with caution!

Game of Thrones only has a handful of episodes left in its eighth and final season, and it seems showrunners D.B. Weiss and David Benioff want to make sure each one obliterates our tear ducts. After the devastation of last week's Battle of Winterfell, episode four kicks off with Daenerys and what remains of her troops setting sail for King's Landing to confront Cersei and get the ball rolling on that whole taking-over-the-Iron-Throne thing everyone is so obsessed with. Spoiler alert: it doesn't go well. Oh, and her ill-fated journey comes with a steep price: the deaths of both her dragon, Rhaegal, and her best friend, Missandei (Nathalie Emmanuel).

Missandei has been Dany's right-hand woman since her debut in season three, when the khaleesi rescues her from a life as a slave in Astapor. She warns Missandei right off the bat that being on #TeamDany might involve going into war, falling ill, or even dying, all of which the interpreter responds to by simply saying, "Valar morghulis." (Or, "All men must die.") Unfortunately, that warning comes back to haunt both of the women when Missandei is beheaded by the Mountain (on Cersei's orders, of course) in King's Landing, as Dany, Tyrion, and her love, Grey Worm, look on helplessly below.

Naturally, the death of one of the show's few characters of color — and the fact Game of Thrones has a history of repeatedly treating its female characters as garbage, to put it lightly — has fans of the series rightfully upset. Read on to see some of the most passionate responses to Missandei's heartbreaking (and frustrating) exit.

Related:
Game of Thrones: How Missandei's Tragic Fate Was Teased All the Way Back in Season 3
Previous Next Start Slideshow
Game Of ThronesTVTwitter Reactions

Star Wars
After 45 Years, James Earl Jones Is Hanging Up His Cape as Darth Vader
by Chanel Vargas 13 hours ago