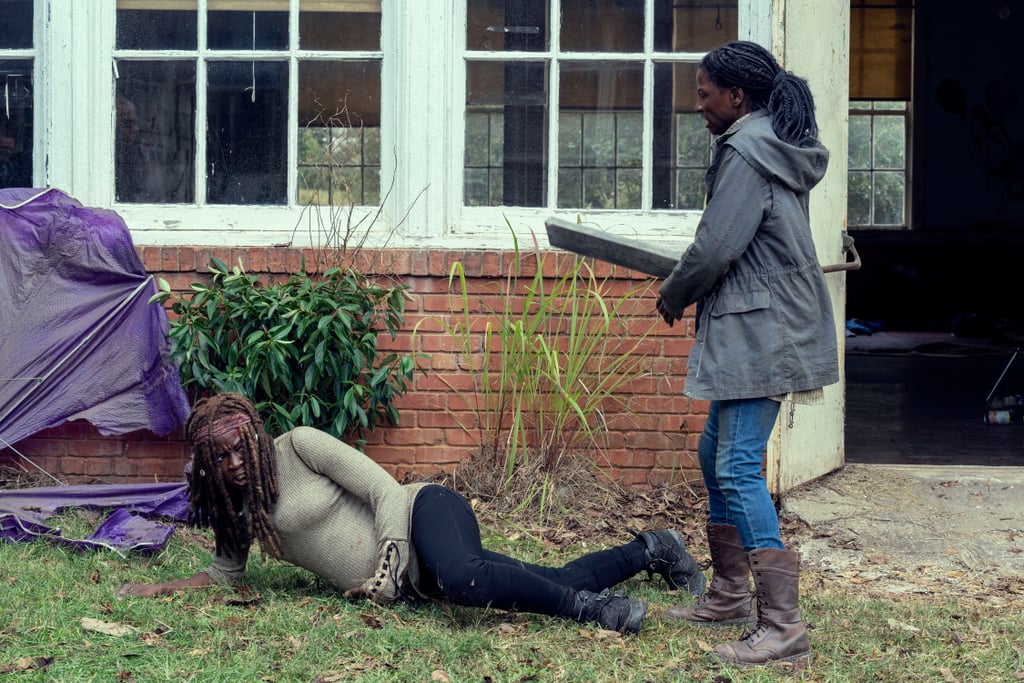 Ever since we learned that the Whisperers would be making their appearance on The Walking Dead, we've been waiting for them to stun us with their horrifying brutality, much like their comic book counterparts. Little did we know that the most disturbing Walking Dead episode in season nine (so far) would have nothing to do with the zombie-masked survivors, and everything to do with a friend of Michonne's from back in the day.

Season nine's 14th episode, "Scars," tells the story of Michonne's intense distrust toward strangers, the X branded on her and Daryl, and just how far she's willing to go for her children. "Scars" straddles the past and the present, frequently flashing back to showcase how previous events have led to the state of Alexandria today. In the present, Judith grapples with her mother's reluctance to trust any of the various communities and keep Alexandria away, while in the past, a heavily pregnant Michonne searches for any sign of her "dead" partner. When she returns to Alexandria, there's a new survivor who just so happens to be her high school friend, Jocelyn! And she has a merry band of fellow survivors — who all happen to be children — that she needs help rescuing.

Related:
Don't Assume Michonne's a Dead Woman — Here's How Her Story May Continue on The Walking Dead

Before you freak out wondering if Jocelyn looks familiar because she's been on the show before, I can assure you she hasn't. But actress Rutina Wesley is definitely a familiar face, especially to supernatural-lovers whose guilty pleasure was HBO's dark fantasy horror True Blood. She's also starred as Nova Bordelon in OWN's Queen Sugar since 2016. But Wesley's one-off role as Jocelyn in TWD is a lot more sinister than her dance with vampires in True Blood. In a flashback, we see Jocelyn and Michonne bond over a few weeks as the expectant mother confides to her about her search for Rick, and Alexandria seems full of happiness and hope. But obviously, that doesn't fly in TWD, and everything goes to sh*t.

Michone comes one night to find that Jocelyn and her wards have all gone missing, as well as Alexandria's food stores, medical supplies, and children, including Judith Grimes. For some reason, only Daryl and the extremely pregnant Michonne go after the kids and wind up getting knocked out when they track them to an old school. The two wake up, tied up and dangling, to discover that Jocelyn has been teaching her Children-of-the-Corn-looking charges to be feral hunters. They "mark" their prey before they kill them, leading to Michonne and Daryl's brands, and it's all an attempt to teach them now to be "soft" in a world where that's basically a death sentence. Considering how many kids have gotten got on this series, she's not exactly wrong. 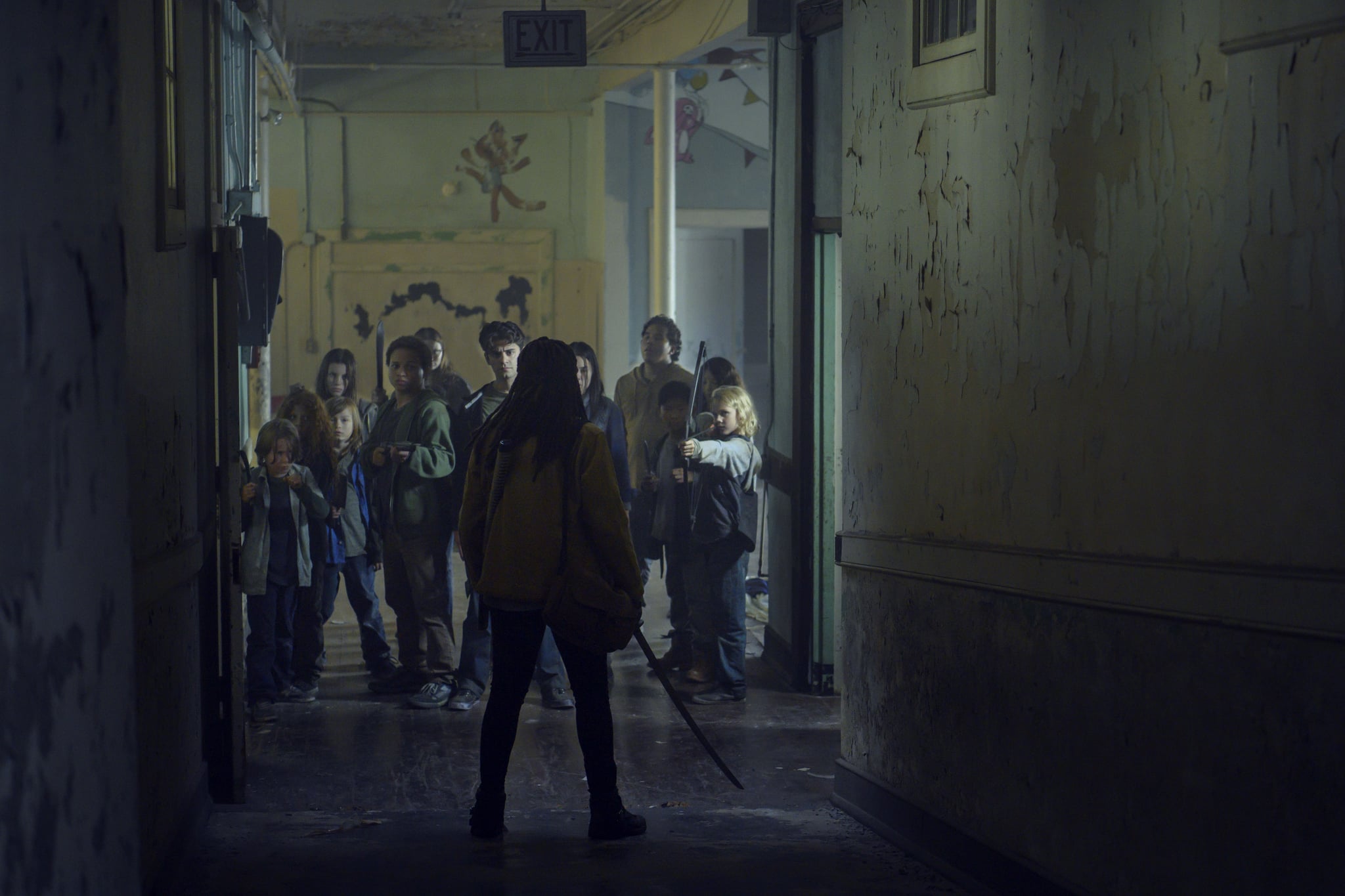 In the end though, Jocelyn should have been teaching these kids about basic preservation skills instead, because once Michonne and Daryl are able to escape, Michonne slices the other woman clean through with her katana. Rather than run away from the angry mother wielding a sword, the kids decide to attack her until she's forced to attack them back. Apparently, they thought they actually stood a chance against a mother trying to save both her children? Kids these days. While we understand the moment was literally her life or theirs, it's still pretty bonkers to see Michonne standing in the center of a ring of dead children.

On one hand, that's totally a Walking Dead theme — good people (or seemingly good) use survival as a reason to go extremely left after the apocalypse. Poor Michonne had to kill a bunch of kids to keep Alexandria's kids safe, and it's caused her present self to be incredibly reclusive. Which makes a sort of sense, if we ignore the fact that she's been guarding her community from their own family (ignoring the fact that Maggie and Daryl carry a bit of guilt over how Rick "dies"). Back in the present, Michonne realizes that Judith is right and they make the move to catch up with the others to offer them a lift to the Kingdom. It's seemingly the first step to reconciliation for the communities, and it's sweet seeing as how a huge chunk of the episode featured the slaughtering of a pack of kids.

Check out some fan reactions to Sunday's intense episode and how everyone is still very much Team Michonne after the devastating revelation.