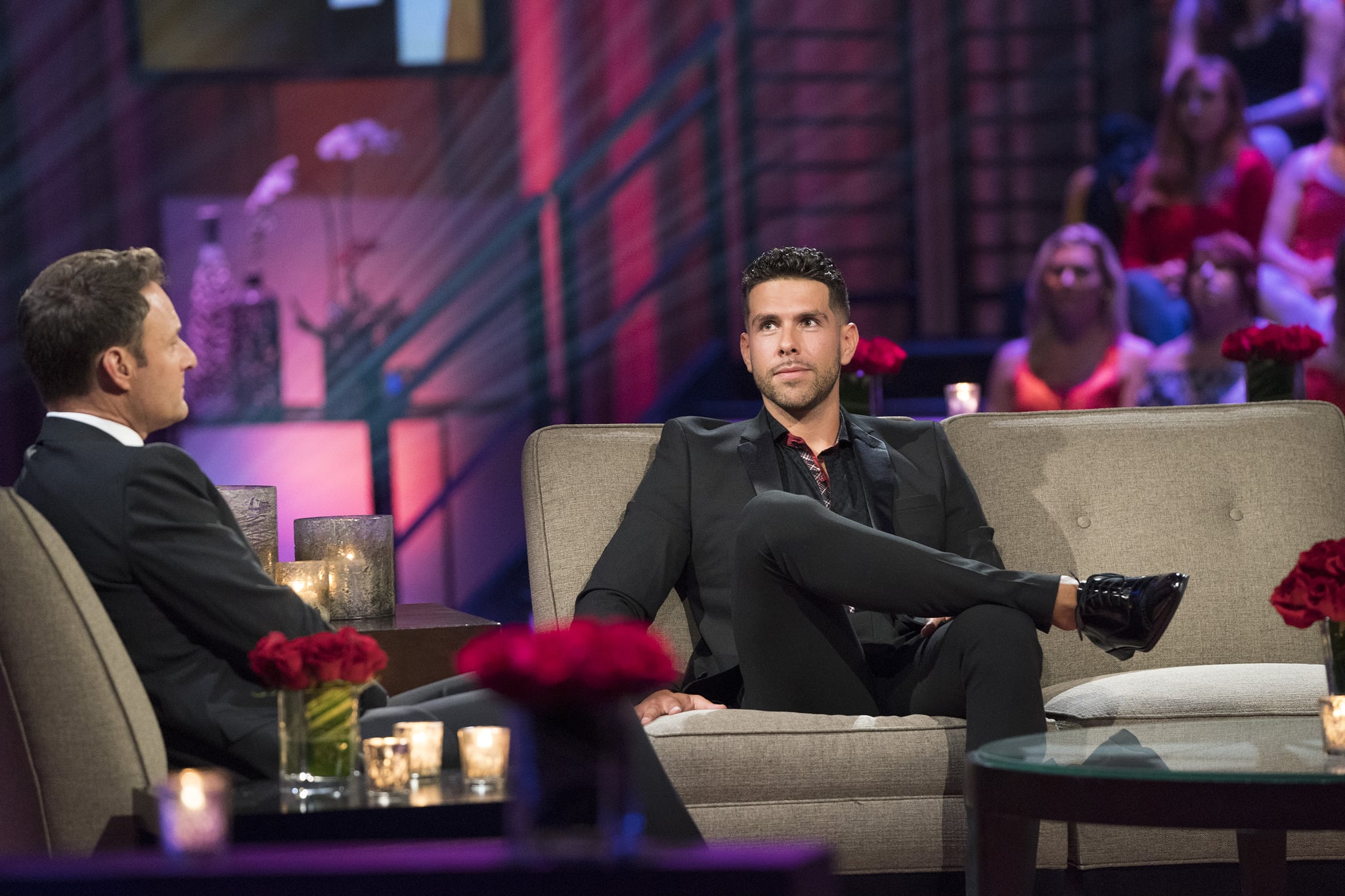 We have to give Chris Randone some props — he made it further than we thought on Becca's season of The Bachelorette, but not without some definite "holy sh*t" moments along the way. Especially toward the end of his time, where he did just about anything to make Becca — and Bachelor Nation — pretty uncomfortable.

Now that Chris is on Bachelor in Paradise (smooth move, ABC), it's time for a little refresher on what the heck happened with Chris. If you didn't watch The Bachelorette, or you just forgot amid all the other drama, here's the scoop.

Chris was a little rough around the edges from the beginning. He was super competitive and (I felt, at least) more focused on the challenge of "winning" Becca's heart than actually falling in love with her. However, the drama between him and the other guys stayed quiet and minimal . . . until Las Vegas.

While in Las Vegas, Chris gave what he felt was a Grammy Award-worthy performance during the group date — in his mind, that meant winning the challenge and winning some alone time with his girl. Well, that didn't happen and he completely unraveled in front of everyone. In a mind-blowing move, he interrupted Wills's time with Becca and then began grasping at straws to try to fix things. However, as the situation began spiraling out of control, so did Chris. But, seriously, that wasn't the final nail in the coffin.

After a verbal showdown with Lincoln on a group date, things between Becca and Chris got so strained and weird, she seemingly wanted nothing to do with him. Taking matters into his own hands, Chris showed up at Becca's room to talk, where she basically told him to pack his bags because she was done with his sh*t.

What good is Bachelor in Paradise without someone to stir the pot a little bit? That's the next stop for this former contestant on The Bachelorette, and, rumor has it, there is a love triangle that includes him and another man. We are already living for this storyline.