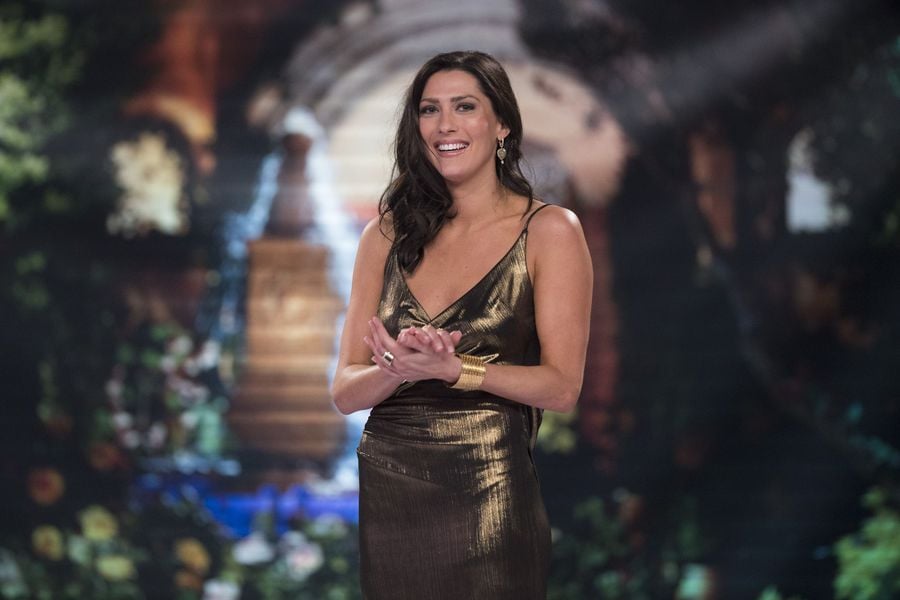 Becca Kufrin went through a lot on The Bachelor — you know with the dramatic season finale, and Arie Luyendyk Jr.'s mind games — but now she's finally gotten to find true love her own way on The Bachelorette! The season 14 finale aired on Aug. 6, where she gave her final rose to controversial suitor Garrett Yrigoyen. But when Becca isn't busy accepting romantic proposals in the Maldives, what does she do for a living?

While you're probably already aware that Becca is from Prior Lake, MN, and currently resides in Minneapolis, what exactly do you know about her career? Spoiler alert: she has a totally great job, but it's not outlandish like "Dog Lover," "Free Spirit," or even "WWE Diva in Training" — and no, we're not making those up. Just take a trip down Bachelor memory lane and you'll be reminded that contestants really will list the strangest things as their so-called jobs. Becca, however, has always said that she's a publicist and she's been telling the truth, which we really never doubted. That being said, her Bachelor bio from Arie's season literally only says "publicist," and we wanted to know more.

The good news is that her LinkedIn profile is much more in-depth and it shows that not only is Becca a publicist, but she's been a senior account executive at a company called Skyya for four years — she started out as an account executive for the same company back in 2012 after she graduated from Minnesota State University, Mankato.

Related:
It's Official! The Bachelorette's Becca Kufrin Is Engaged After a "Crazy" Season

Her degree in Mass Communications and Public Relations has definitely set her up to succeed at her PR job, and clearly she's excelled at her company, since she's been there for so long. According to her profile, Becca "mixes in charisma and commitment to understand both my agency and clients' business goals and continually strive to grow as an individual, team member and leader," and we believe every word she's said.

Some of her clients have included Unicorn Sleep, Foodee, Cobra Electronics, and more, getting exposure in big publications like Good Housekeeping, LA Times, and USA Today. While Becca doesn't always share her work adventures on social media, her company does, and from the looks of the Skyya social pages, it's definitely a work hard, play hard environment.

The company, which has offices in both Minnesota and New York, breaks up its hard work, campaigns, press events, and trade shows with brewery outings, cooking classes, and fun client dinners. So, if for some reason this whole Bachelorette thing doesn't work out, at least Becca has an awesome job to go back to.