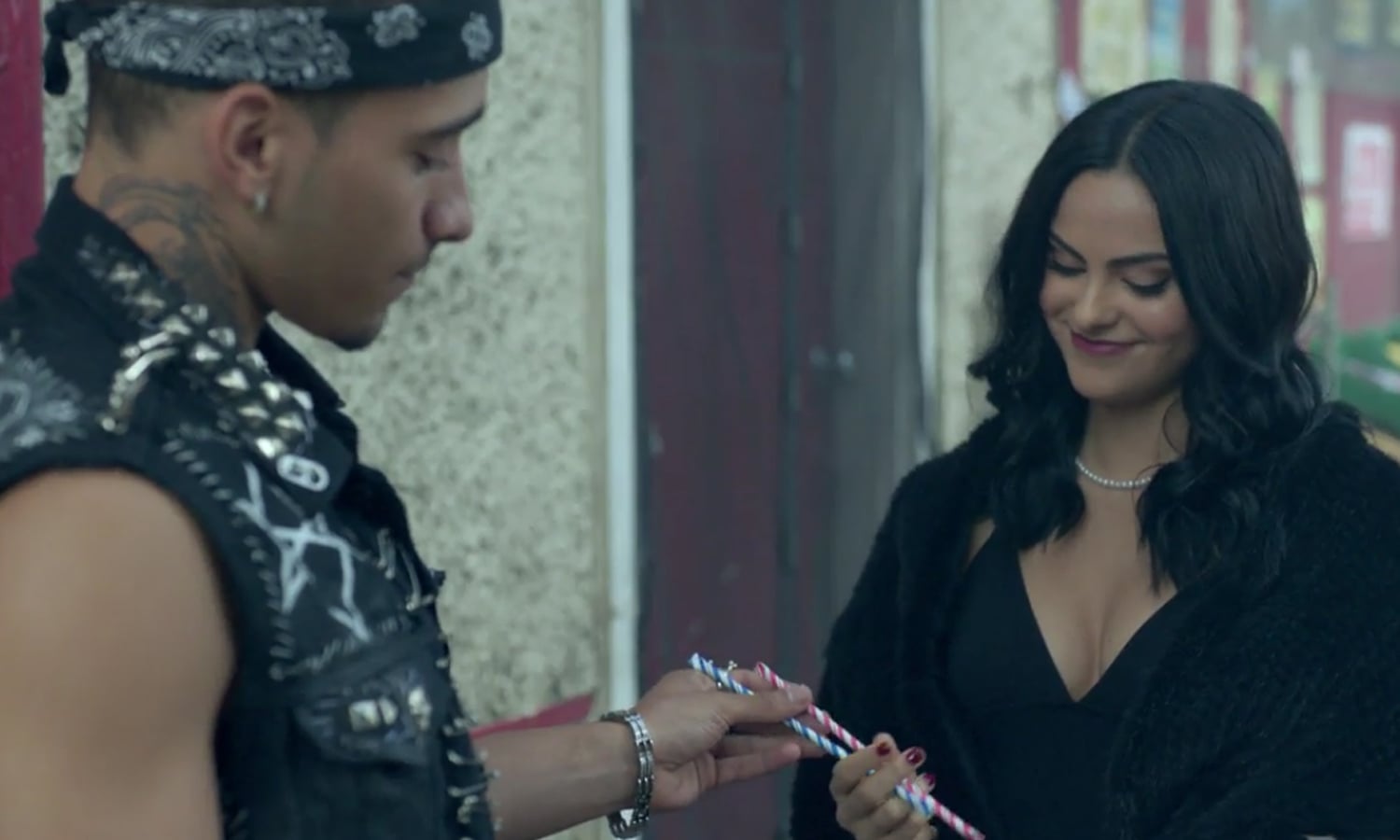 Season two of Riverdale has been all about the Black Hood and his killing spree, but diehard fans also know there is one other evil being passed around like candy throughout the streets of the dark and twisted town . . . Jingle Jangle.

No, we're not talking about the delicious goodies from Trader Joe's which were created way before the CW series came into our lives — we're talking about the drug that has been getting the Riverdale High kids into a lot of trouble this season.

In case you've missed a lot of this season (and shame on you if you have), Jingle Jangle is a drug that comes in colorful Pixie Stix-like packaging, because let's be honest, who doesn't love the sugary powder of a Pixie Stix? The difference between the childhood candy and the Riverdale drug is that it is, well, a drug that has an upper affect, helps you stay wide-awake, is highly addictive, and usually ends with someone having a bad night.

The drug is being supplied to the town by a man known as the "Sugarman," who ends up being a teacher named Robert Phillips, at Southside High. The Ghoulies are usually the culprits when it comes to selling drugs on the streets, but even the Riverdale High students have been getting their hands on it this season.

Jingle Jangle — which got its name from the 1969 single "Jingle Jangle" that The Archies sang — is causing all kinds of havoc. Midge and Moose take the drug, which they get from Reggie, one night at Lover's Lane, before they're attacked by the Black Hood. On another episode, Veronica's old "friend," Nick St. Clair, comes to town and brings out the party sticks. V goes all in at the low-key hangout, and even Archie does some Jingle Jangle so that the creep doesn't steal his girl. This fun night eventually comes back to bite all of the kids in the butt, after the mayor discovers what had happened and the parents unite to yell at their kids.

Related:
When They're Not Surrounded by Murder, the Riverdale Cast Is Like 1 Big Family IRL

While we all know that being hunted by the Black Hood, or Jughead's path into the Serpent lifestyle might be more dangerous at present tense in the Riverdale world, we don't think we've seen the last of Jingle Jangle. Technically since the Sugarman has been arrested (and later killed while in custody), and the mayor has confiscated the drug from the Southside — cutting off the Ghoulies' supply — it's gone, but is anything really ever gone in Riverdale?

If the townspeople knew what was good for them, they'd stop dealing and taking the drug — aka sinning — all together and then, perhaps, the Black Hood would leave them alone once and for all. It's just a thought, but it could work!