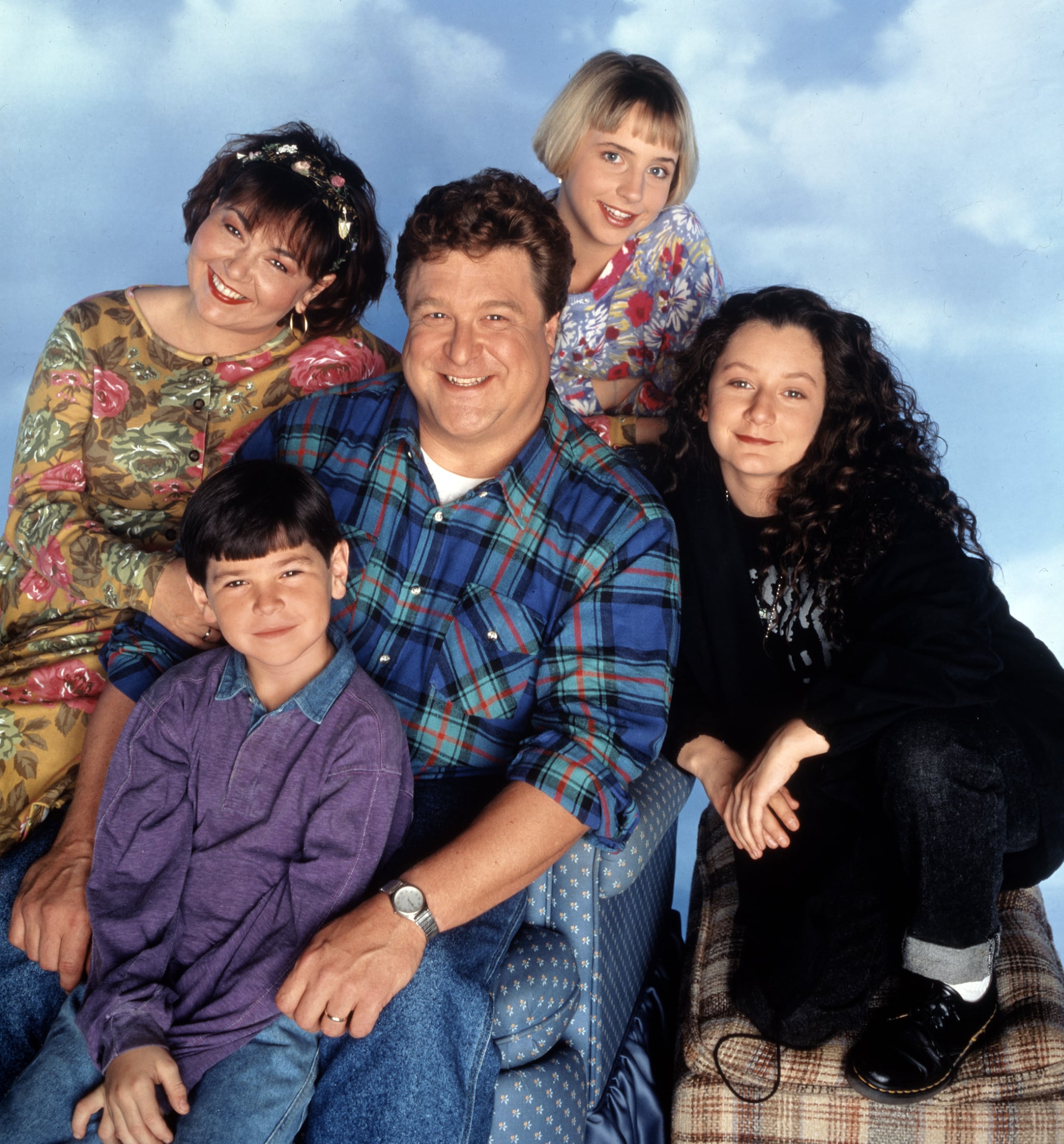 It's been almost 21 years since the final episode of Roseanne aired on May 20, 1997. The sitcom's two-part series finale ended with a major twist; not only was it revealed that the majority of all nine seasons had been fictionalized by Roseanne Conner (Roseanne Barr), who had been exaggerating the story for a novel she'd been writing the entire time, but as it turns out, her husband Dan Conner (John Goodman) actually died of a heart attack a year prior. But who says history can't be rewritten, right? OK, nobody says that, but in this case it can.

Ahead of the reboot's March 27 premiere, ABC gave us a first look at what the cast was up to, and Dan was very clearly alive and well, despite dying in the series finale. We also got a look at Jackie (Sara Gilbert) in full nasty woman mode, as well as glimpses of the new cast including Emma Kenney, Jayden Rey, Christopher Lloyd, and Ames McNamara. Now that the Roseanne reboot has returned, it's nice to see that some of season nine's wackier plot twists have been smoothed out.