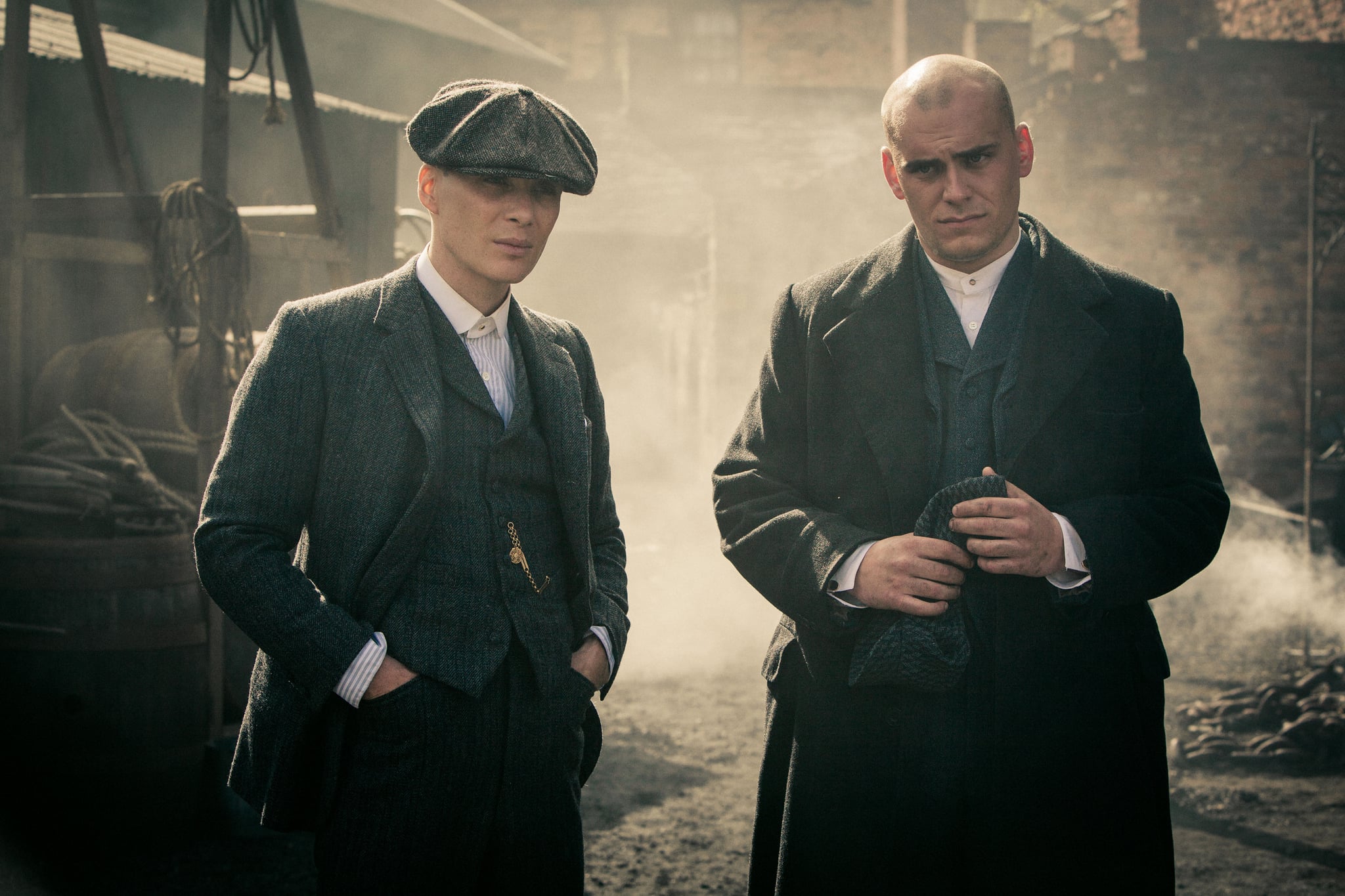 If you haven't lost a weekend to Peaky Blinders on Neflix yet, you're in for a treat. The gritty 1920s drama, which stars Cillian Murphy and Tom Hardy, is already a huge hit in the UK where it's filmed, and it's quickly becoming a cult classic with US audiences too. But with its stylized setting, movie-like cinematography, and modern soundtrack, you'd be forgiven for wondering when, exactly, it's supposed to be set. If you're at all confused, don't worry — we've compiled a handy guide for when and where Shelby Company Limited pops up throughout England.

Although the first season is set in and around Birmingham, a city in central England, much of it is actually filmed further north, around Liverpool. The action begins in 1919, and the old terraced streets of Victorian houses are the perfect stand-in for post-WWI Birmingham. In the show, the Shelby family lives on a street in an area called Small Heath. Though that's changed a lot since the time in which the show is set, you can actually walk in the footsteps of the show thanks to a unique museum in the Midlands called the Black Country Living Museum. It's a 26-acre, open-air museum that celebrates and commemorates this history of the Black Country and is also the filming location for many of the canal and industrial scenes.

The second season moves on to 1921, and this time the setting includes London, since the Shelby family is busy expanding their criminal organization south and north as they bolster their home base in Birmingham. Murphy's dangerously charismatic character Tommy Shelby might well be fiction, but the show draws on many real-life historical events, like the Epsom racecourse's "Derby Day" in 1922 (you should mentally prepare yourself for that episode, because so much wild stuff goes down). Because of this, you'll no doubt be frequently googling the names and places that are mentioned in each episode as the seasons go on — you might as well get used to it!

When the third season opens, it's skipped ahead two years to 1924, and this time the Shelby family has moved some of their operations to the countryside. This season mainly focuses on the differences between social classes, introduces some interesting foreign characters, and as a whole, the "world" gets a lot larger for Tommy, Arthur, Polly, and the rest of the Shelbys.

Ready for season four? In the most recent season, the Shelby family returns to Birmingham to deal with some, um, trouble with the mob. This season has a relatively short time frame, from Christmas Eve in 1925 to the end of the general strike in May 1926, an event which had a huge impact on industrial cities across the UK, particularly Birmingham. As an added bonus, we get to meet a character named Jessie Eden, who is actually based on a real woman. She's an outspoken trade union activist and a member of the British Communist party and fights fiercely for equal pay for women. By weaving her into the story, they set up the series for the Birmingham factory strikes that extend into the '30s.

So, what can we expect from Peaky Blinders in season five? It's already in the works and should be released in 2019, so we won't have to wait too long to find out.