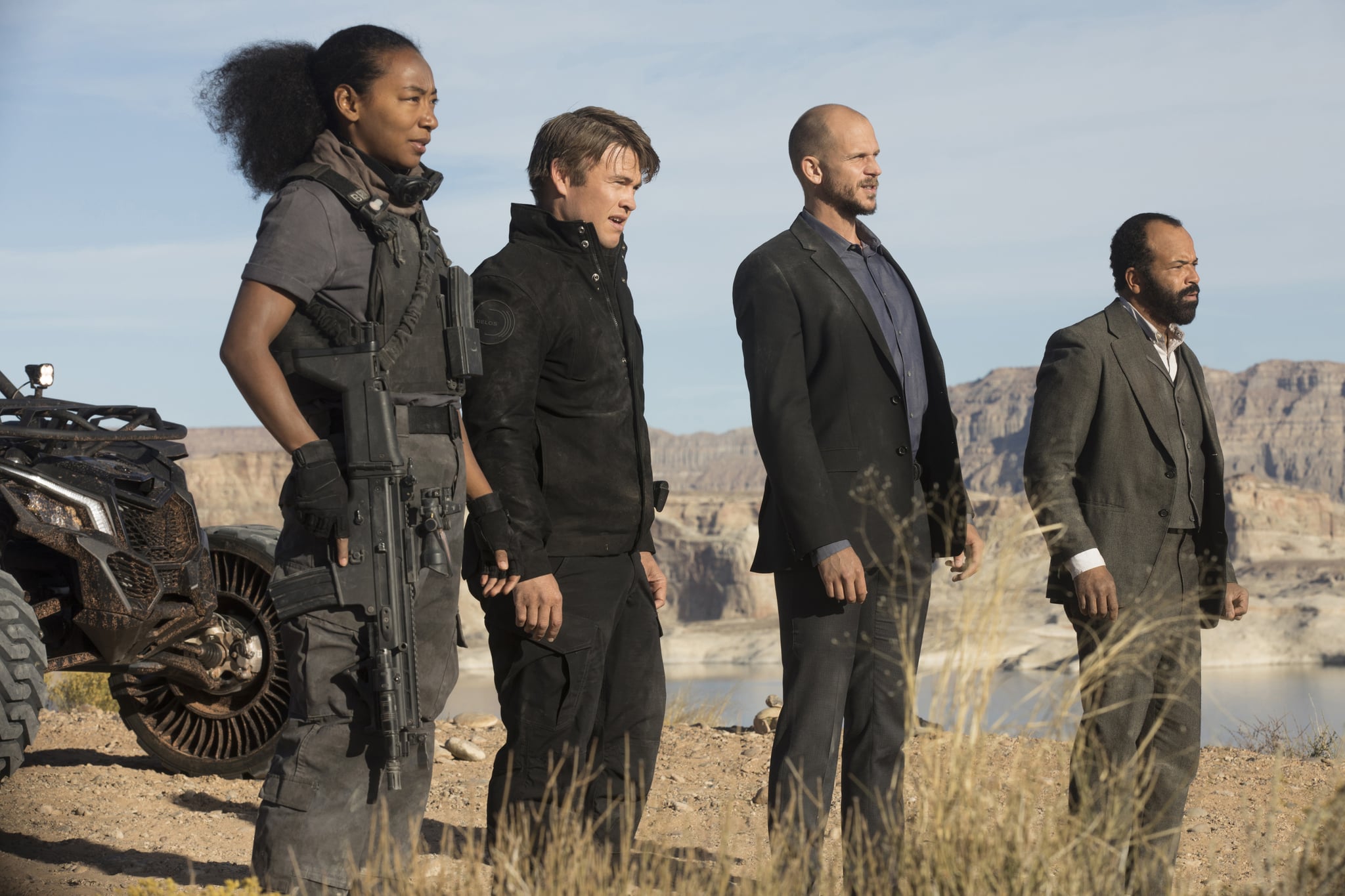 Warning: A few key spoilers for Westworld below!

Westworld has spawned theory after theory since premiering in October 2016. While complex ideas about the Man in Black's true motivations and the series' "secret" titles are fun to pick apart, a much simpler question has been nagging at us ever since episode one: where, exactly, is the Westworld park located? From what we've seen of the park's landscape — a sprawling vista filled with sky-high red rocks and endless meadows — it appears to be somewhere in the American southwest, which checks out since Westworld films in Utah, Arizona, and California. In fact, a big moment in the season two premiere takes place at Lake Powell, which is at the border of Utah and Arizona.

Western landscapes aside, we also know that Westworld isn't the only park out there; there are five more locations for guests to act out their wildest desires in, including the misty mountains of Samurai World. Luckily the sci-fi show's season two premiere brings us closer than ever to discovering its exact whereabouts.

The episode, "Journey Into Night," opens with Bernard (Jeffrey Wright) waking up on the beach not far from where Dolores carries out her massacre in season one's finale. He's brought to his feet by Westworld's head of security, Ashley Stubbs, who saves him from being shot by a female soldier carrying a machine gun. It turns out that two weeks have passed since the massacre, so Delos Incorporated has sent their Head of Operations, Karl Strand (Gustaf Skarsgård), along with a team of Navy SEAL-esque mercenaries to save and evacuate any remaining survivors. The beach is flooded with soldiers setting up tents and patrolling the perimeter. Eventually we see Strand having a tense conversation with a group of soldiers who are dressed in different fatigues than the one Delos sends, and are speaking in Chinese.

"Escort him off my f*cking island," Strand tells his own recruits. Rudeness aside, this is a huge confirmation about Westworld's location — an island! Apparently all six of the theme parks are on one island, or perhaps a close network of smaller islands (the train system Maeve almost takes in the season one finale could potentially go underwater). Additionally, since the military official Strand talks to is played by an Asian actor who speaks Chinese, we can assume that the island is located in a body of water controlled by China (likely the South China Sea).

Obviously theories about Westworld's whereabouts have popped up time and time again, with some even positing that the theme parks could be on a planet other than earth (which sounds crazy, but we wouldn't necessarily put it past this show). Sure, we're still in the dark about the exact place Delos's island is situated, but at least it seems season two will be shedding light on some of Westworld's biggest secrets as time goes on.

TV
"LOTR: The Rings of Power" Is Adding 14 New Cast Members in Season 2
by Simrin Purhar 5 hours ago