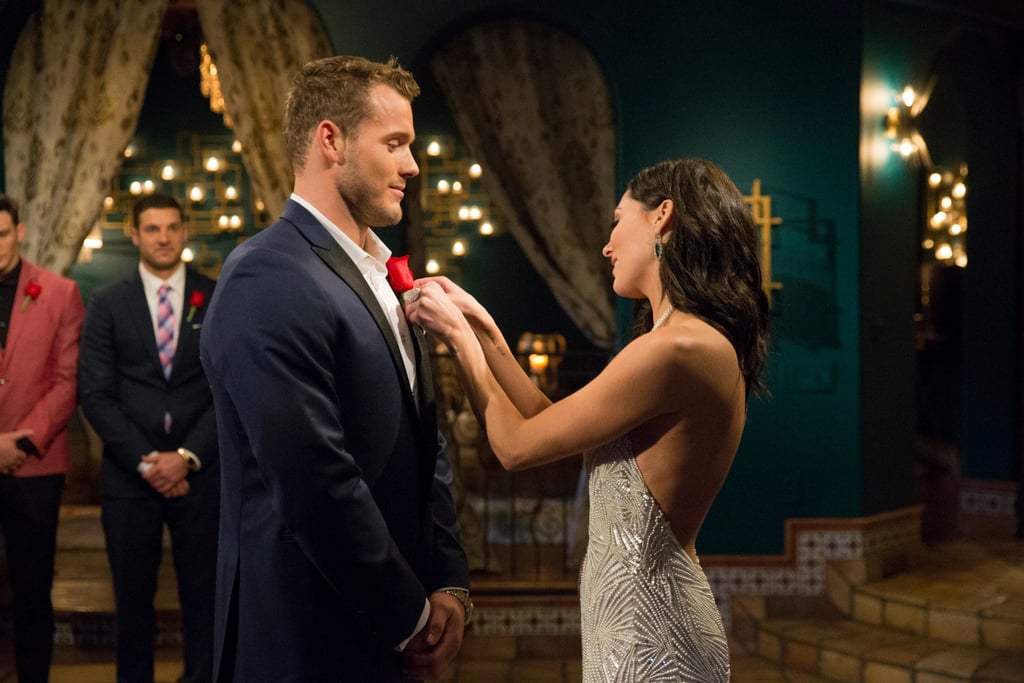 Bachelor Nation Freaked Out When Colton Brought Up His Ex, Because We ALL Know Her

We're not sure what it is about Colton Underwood, but The Bachelorette contestant's past is constantly coming back to bite him. Sure, the 26-year-old football player may have a banging body and a dog cute enough to to win you over in one photo, but it's his former love interests that have both Bachelor Nation and Becca Kufrin confused. After confessing to a "fling" with Tia from Arie's season of The Bachelor, Colton brought up another relationship during his recent one-on-one date with Becca. He didn't have to mention her name, but fans all over knew he was talking about his ex-girlfriend and Olympic gymnast Aly Raisman.

During episode five, Colton tells Becca that he's so happy she said they're "on the same page" because that was what he lacked in his past relationship. Twitter immediately went aflame with fans connecting the dots between the onscreen conversation and the timeline of Aly and Colton's relationship. According to Colton, the post-college relationship happened a little over a year ago. Colton and Aly broke up in June 2017, so that checks out.

Colton continues to explain to Becca that he told his unnamed ex-girlfriend that he loved her in the early stages of their relationship, and she didn't say it back. "And I've only been in love once, so it was hard because you don't feel like you're enough, or you feel like you're missing something," he said, adding that Aly was the one who broke up with him. He used this story to explain to Becca why the word "love" means so much to him.

Colton's intentions with the conversation were pure, but Twitter just couldn't handle him talking about Aly as if she wasn't busy winning gold medals and dealing with more serious issues. Read on to see what the internet had to say about Colton's heartbroken tale, but we're warning you: you might feel a little different about that constant smirk on his face.