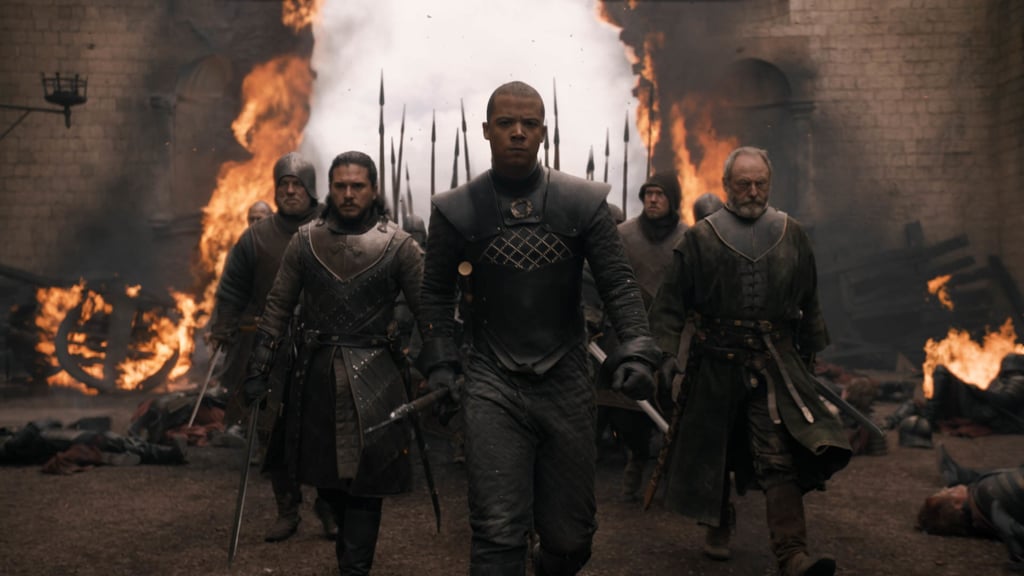 Game of Thrones: Who Perished as the Bells Tolled Over King's Landing?

Game of Thrones' penultimate episode, "The Bells," named for the signal of surrender meant to halt Daenerys's army, gave us the complete destruction of King's Landing, the loss of some of our favorite characters, and the Dragon Queen's descent into madness. In a nearly episode-long sequence, Daenerys rides her lone dragon over the Westerosi capital, destroying Euron Greyjoy's fleet and the mighty Golden Company as well as thousands of innocent civilians trapped on the streets of the kingdom. Between the fire, ash, smoke, and rubble, you may have had a hard time determining who found a means of escape and who found themselves caught up in the destruction. So, we've compiled a list of everyone who lost their lives in the penultimate episode of the series. (And if you want a list of everyone who has died this season, we have that, too.)