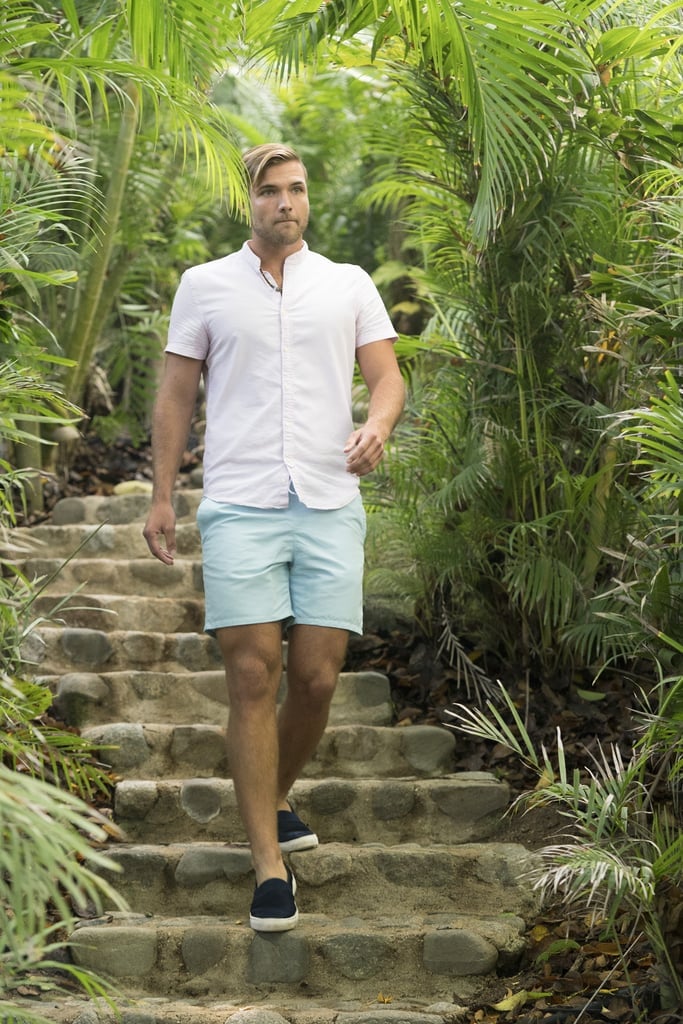 Who knew a piñata could be the center of such an intense fight? Just when we thought Jordan Kimball grew out of his villain ways, he came back full force and got thrown off of Bachelor in Paradise season six, along with Christian Estrada. What you may not have realized, however, is that there was some pent-up anger on both sides, stemming back to a year before filming.

Both Jordan and Christian were on season 14 of The Bachelorette. Although Christian was sent home on the first night, Jordan began building a connection with Becca Kufrin. You would think that a man who didn't have much time on the show wouldn't have a lot to say at the "Men Tell All" special, right? Well, Christian made himself known by stepping up to Jordan.

He piped up by saying that he had "a real job" and also models as a hobby, taking a stab at Jordan just being a model. It built up from there, with Christian standing up and Jordan following, saying "this is your moment" and indicating Christian wanted camera time. Honestly, the whole thing seemed like Christian wanted to be part of the conversation, and with Jordan already having other guys against him, he was an easy target.

Fast forward to Jordan showing up in Paradise, followed by Christian. Jordan was friends with Clay Harbor, who had been talking to Nicole Lopez-Alvar. Nicole had just come back from a date with Christian, and Clay went to snag some time with her. However, Christian said that he wanted to continue the date and said he can talk with her another time. Clay, being a gentleman, didn't want to put Nicole in the middle, so he walked away. Jordan, however, wasn't OK with the situation and went to "fix" it, aka destroy Christian's piñata that he had hung up.

"Christian, I'm really sorry, but Clay is a good friend of mine," Jordan said. Then Christian jumped up from laying with Nicole to stop him. One thing led to another, and the fight got physical. Jordan picked Christian up and threw him off of a pretty high ledge, where he landed on his arm in the sand. The two got pulled apart by crew members and they were trying to cool both parties down. They got some distance between them, but then Christian was able to break free and ran toward Jordan — but was brought to the ground by the crew.

ABC explained to Jordan and Christian that they have a zero-tolerance policy for violence (they're probably even more conscious after last season's incident), so they sent both men home. The two faced each other again on the season finale of Bachelor in Paradise on the reunion show, and when Chris asked them to recap the fight, both men stuck to their guns and still couldn't get past their beef. Seems like these two will never be friends.