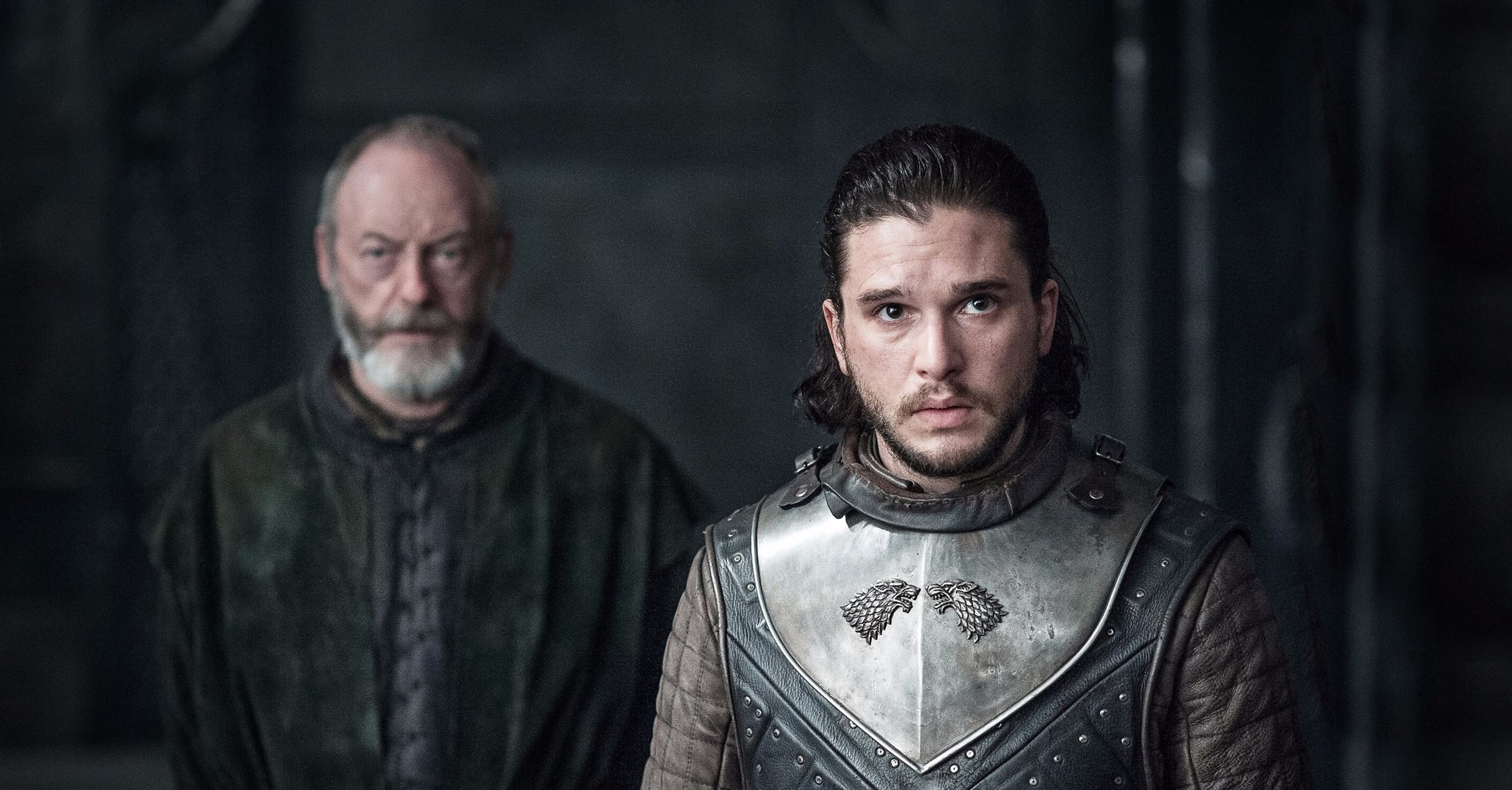 It's official: the White Walkers need better PR people. Despite appearing in the first scene of the Game of Thrones pilot episode, only a handful of people in Westeros are aware that the Night King and his army of the undead aren't just the stuff of legends. Jon Snow faces this fact when he can't get Daenerys or her followers to understand the threat rising in the North.

Even though he's seen the White Walkers with his own eyes, it's hard for the King in the North to convey the sense of urgency to people who believe ice zombies are nothing more than bedtime stories told to the sweet Summer children of Westeros. At this point in the series, it's important to know who knows about the White Walkers versus who actually believes they exist. As Jon's experience at Dragonstone illustrates, those two groups don't overlap nearly enough.

Related:
Here's What Will Happen Now That Winter Has Come to Westeros

Adding to the problem is the number of people who know about the White Walkers, but who are now, sadly, no longer among the living themselves. This list includes Stannis, Jeor Mormont, Osha, Ygritte, Maester Aemon, and Mance Rayder — as well as countless members of the Night's Watch, the Free Folk, and the Children of the Forest, who have died in battle with the Night King's army. It's surprising that at this late stage in the game, so many people are still looking toward the Iron Throne, when Winter is a threat to the entirety of the Seven Kingdoms.

Right now, there are a handful of people who have either seen White Walkers first hand or believe in their existence, and quite a few more who are pretending Westeros isn't under attack. If the latter group doesn't get on board with the former soon, then the Seven Kingdoms is going to be in major trouble. Here's a list of all the people who know the White Walkers are coming — whether they choose to believe in them or not.

Tormund and the rest of the Wildlings have been driven out of their homelands by the dead. For the first time in centuries, they're living on the other side of the Wall because they know it's the only thing standing between them and certain death. This reality has led to many of the Free Folk standing with Jon Snow and the North, with Tormund acting as a de facto leader of sorts for the ragtag group.

The Night's Watch has been trying to spread the message that the White Walkers are coming since the series began. Poor deserter Will loses his head when he tells Ned what he witnesses beyond the Wall, and he is far from the last member of the Night's Watch to face ridicule or pity when describing the horrors lurking just beyond Westeros's borders. Daenerys certainly doesn't have much patience for Jon's stories, much to his frustration. But as one of the few people to face the White Walkers and live, the King in the North isn't going to stop trying to convince the rest of the Seven Kingdoms that they're in imminent danger.

The Onion Knight first found out about the White Walkers while in the service of Stannis. Now he's firmly on Jon Snow's side and is one of the show's most passionate advocates for focusing on the trouble in the North, rather than the Iron Throne.

Jon's best friend and Gilly are in the Citadel gathering information to help Jon in the fight to come. Sam earns the nickname "Sam the Slayer" when he discovers dragonglass can kill the White Walkers. Meanwhile, as one of Craster's daughters, Gilly witnesses countless male babies being left in the snow as a sacrifice to the Night King's army.

Thanks to their adventures beyond the Wall, Bran and Meera know firsthand the deadly consequences of dealing with the undead. During their journey they witness the deaths of several of their companions, including Hodor, Jojen, the Three-Eyed Raven, and Summer. Bran's greensight abilities seem to give him a special connection to the Night King, and he's the only person aside from the Children of the Forest who is there to witness the leader of the White Walker's creation.

Melisandre is keenly aware of the army of the dead marching toward Westeros, and she believes only Azor Ahai reborn can save the world from destruction.

The Hound & The Brotherhood Without Banners

The Hound and the Brotherhood are journeying further North after seeing visions of the White Walkers going around the Wall. It seems inevitable that they will meet up with Jon and his people before season seven comes to an end.

Sansa and the people of the North seem to believe Jon and the Free Folk's account of their experiences beyond the Wall. They are rallying behind their new king and prepping for a battle with the White Walkers.

Cersei, Varys, Littlefinger, Tyrion, and Maester Pycelle receive a raven from Castle Black in season two detailing Lord Mormont's first encounter with a White Walker. Among them, only Tyrion even remotely believes the story, and Cersei openly dismisses the idea of an undead army. Given that she now has a zombie of sorts guarding her in the form of the Mountain, it's impossible not to wonder if her position on the subject has changed.

Lord Commander Mormont asks Tyrion to tell Cersei about the undead army way back in season one, but he still seems rather unconvinced about their existence or the threat they pose. He does get a few points for convincing Daenerys to let Jon mine the dragonglass at Dragonstone for weapons though.

The Archmaester of the Citadel isn't particularly bothered by the idea of the White Walkers, much to Sam's frustration.

Sam's dad is way more concerned that his son is involved with a wildling than he is about Sam's experience facing and slaying a White Walker. He needs to sort out his priorities.

Now that she's met Jon, Daenerys officially knows about the Night King and his army. So far, she's still more concerned about winning the Iron Throne, but Jon isn't going to give up on trying to sway her (and her considerable army) to his side.

More people know about the White Walkers than ever before, but Jon needs more people to believe in them if he has any hope of saving the people of the Seven Kingdoms.

TV
Who Is the Sun on The Masked Singer? We Have Some Bright Ideas
by Kelsie Gibson 11 hours ago

Netflix
The Haunting of Bly Manor Isn't Inspired by a Real Place, but We Do Know Where They Filmed
by Amanda Prahl 14 hours ago