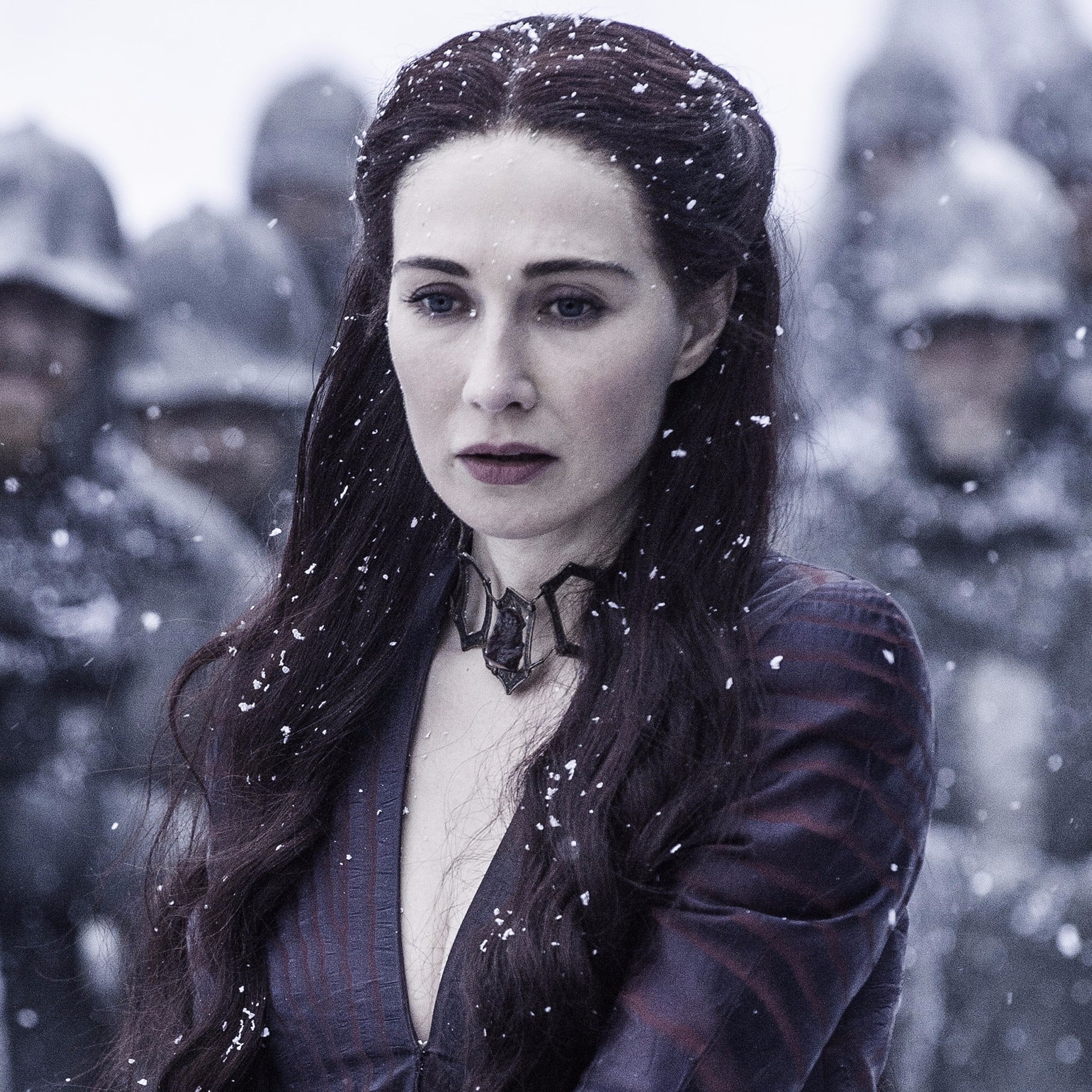 Let's have a chat about the Red Woman, shall we? It's no secret that Melisandre has become one of the most pivotal characters on Game of Thrones. In just the past two seasons, she's revealed herself to be centuries old, resurrected Jon Snow, and now, she's helped Daenerys and Jon Snow meet. But for all the good ol' Melly's doing to help Westeros, we can't forget that she's done a lot of messed up sh*t in previous seasons. Need a bit of a memory refresher? Let's review.

Melisandre was born in Asshai, a city far, far away from Westeros, past the Dothraki Sea, on the eastern end of the continent called Essos. As a young girl, she was a slave who was eventually sold to a red temple in her city. This is where she learned High Valyrian and eventually went on to become a Red Priestess for R'hllor, the Lord of Light.

Devotion to the Lord of Light

As a Red Priestess, Melisandre believes wholeheartedly in the religion of R'hllor. It's all about the marriage of light and darkness, but most importantly, it's the foundation for the prophecy of Azor Ahai, which predicts the resurrection of the greatest hero in Westerosi history. All of Melisandre's actions are influenced by her belief in the Lord of Light and her personal quest to find Azor Ahai, the "Prince That Was Promised." This is how Melisandre lands at Dragonstone in season two, pledging her allegiance to Stannis Baratheon.

In Service of Stannis Baratheon

If you've read up on the prophecy of Azor Ahai, you'll know that the "Prince That Was Promised" will be reborn "amidst salt and smoke." Melisandre believes Dragonstone is the location described in this prophecy. Since Stannis has his hold on it in the first season of Game of Thrones, Melisandre believes he is the prophesied hero.

Melisandre does a lot of crazy sh*t in service of Stannis. It's all in accordance with the Lord of Light, and it's all, as she believes, to help Stannis achieve his destiny. She sleeps with Stannis and gives birth to a demon shadow baby that murders his brother, Renly Baratheon, who also wants to lay claim to the throne. She promises victory, but Stannis faces many defeats. She also tries to sacrifice Gendry, but Ser Davos sets him free.

Eventually, Melisandre follows Stannis as he heads to the North to defend the Night's Watch against the Wildlings. While there, he prepares to take Winterfell from the Boltons. Melisandre promises victory if Stannis sacrifices his daughter, Shireen, to the Lord of Light. He agrees, but still endures another crushing defeat despite Shireen's death (his wife, Selyne, takes her own life afterward). As Stannis's faith in the Lord of Light dwindles (along with Melisandre's faith, for that matter), the Red Priestess flees to Castle Black. Stannis eventually meets his death at the hands of Brienne of Tarth (who is getting revenge on behalf of Renly, whom she originally served). 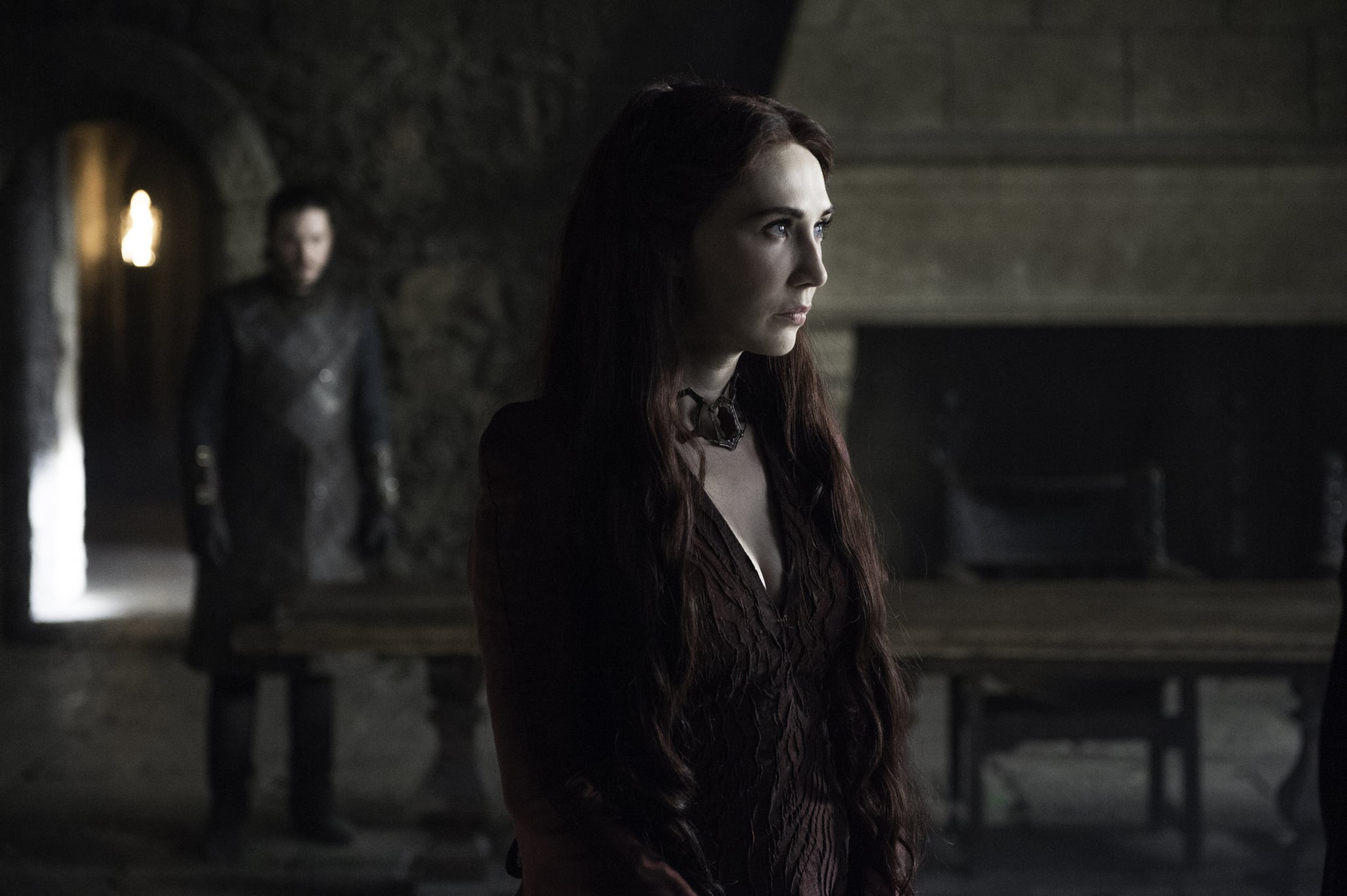 The Ties to Jon Snow

Melisandre already has her eye on Jon Snow, even before the death of Stannis. But after everything with the Baratheons falls apart, Melisandre is completely shattered. Her faith is restored, though, when she successfully resurrects Jon Snow using a spell. After this, she seems to believe that Jon Snow is the "Prince That Was Promised." She hangs around at Castle Black until Ser Davos discovers that it was her who burned Stannis's daughter Shireen alive. When she admits to the murder and cannot conjure any sort of further justification, Jon Snow banishes her from the North. She rides south, back to Dragonstone, where Daenerys has taken the throne once more.

Daenerys and Her Departure

Melisandre meets with Daenerys and tells her about the prophecy she's pledged herself to. It's Missandei who corrects her, revealing that the translation from High Valyrian suggests that it's the "Prince or Princess That Was Promised." This could mean that Daenerys is the prophesied hero. Either way, Melisandre strongly recommends Daenerys and Jon Snow meet, claiming it's her duty to merge ice and fire. When they do, Melisandre doesn't stick around to see it. Given her rocky history with Ser Davos and Jon Snow, she flees before things get dramatic. (Not before she makes a crazy prophecy about her death — and Varys's death! — and promises to return, of course.)

Melisandre is heading to Volantis, but it's clear we haven't seen the last of her. And we have a feeling that, when she returns, things are going to get very real, very fast.

Netflix
Fun Fact: Selena Quintanilla's Iconic "Dreaming of You" Was Originally Written For Someone Else
by Monica Sisavat 8 hours ago

Netflix
The Sons of Sam: 4 Pieces of Evidence That Suggest David Berkowitz Didn't Act Alone
by Stacey Nguyen 8 hours ago