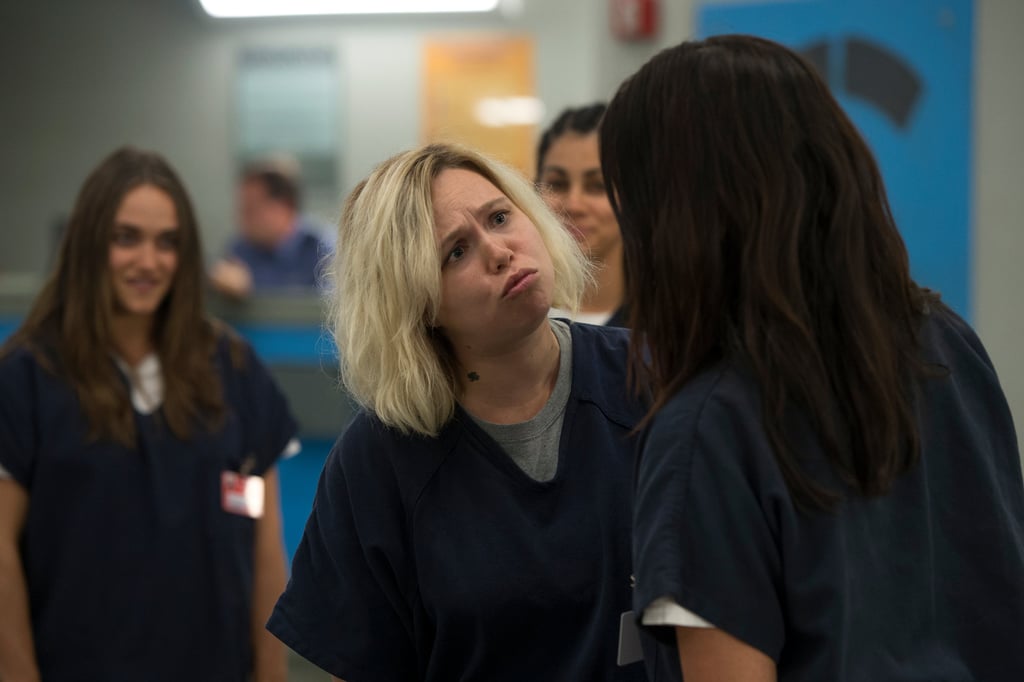 If the COs of Litchfield were to ask the inmates if they've ever felt personally victimized by Badison Murphy, we're pretty sure we'd have a room filled with raised hands, à la Mean Girls. During season six of Orange Is the New Black, fans are introduced to a vicious new bully, and although Badison is a far cry from Regina George, they both sure know how to piss off a lot of people. Originally named Madison before dubbing herself "Badison" (and once called Sadison), the small but mighty inmate proves that she'll do anything to be Carol's top dog. With a memorable Boston accent and an obvious lack of conscience, Piper's new bunkmate becomes the center of a lot of drama in the new season. But with such a strong presence, we can't believe we didn't recognize actress Amanda Fuller from her previous roles.

Not only did Fuller star as Alex Vause's Laura Prepon's younger sister, Tina Pinciotti, in That '70s Show, she's had minor roles in some of our favorite shows like Malcolm in the Middle, Buffy the Vampire Slayer, 7th Heaven, Scandal, Law & Order: SVU, and more. Fuller played Brittany Murphy in The Brittany Murphy Story television movie in 2014 and swapped out her blue uniform for scrubs as Dr. Morgan Peterson at Seattle Grace Mercy West Hospital in season eight of Grey's Anatomy. More recently, she starred as Kristin Baxter for five seasons of Last Man Standing with Tim Allen. Read on to see photos of Badison in real life, and catch up on all the OITNB season six flashbacks here.

Related:
See the Orange Is the New Black Cast Out of Their Jumpsuits
Previous Next Start Slideshow
Orange Is The New BlackNetflixTV