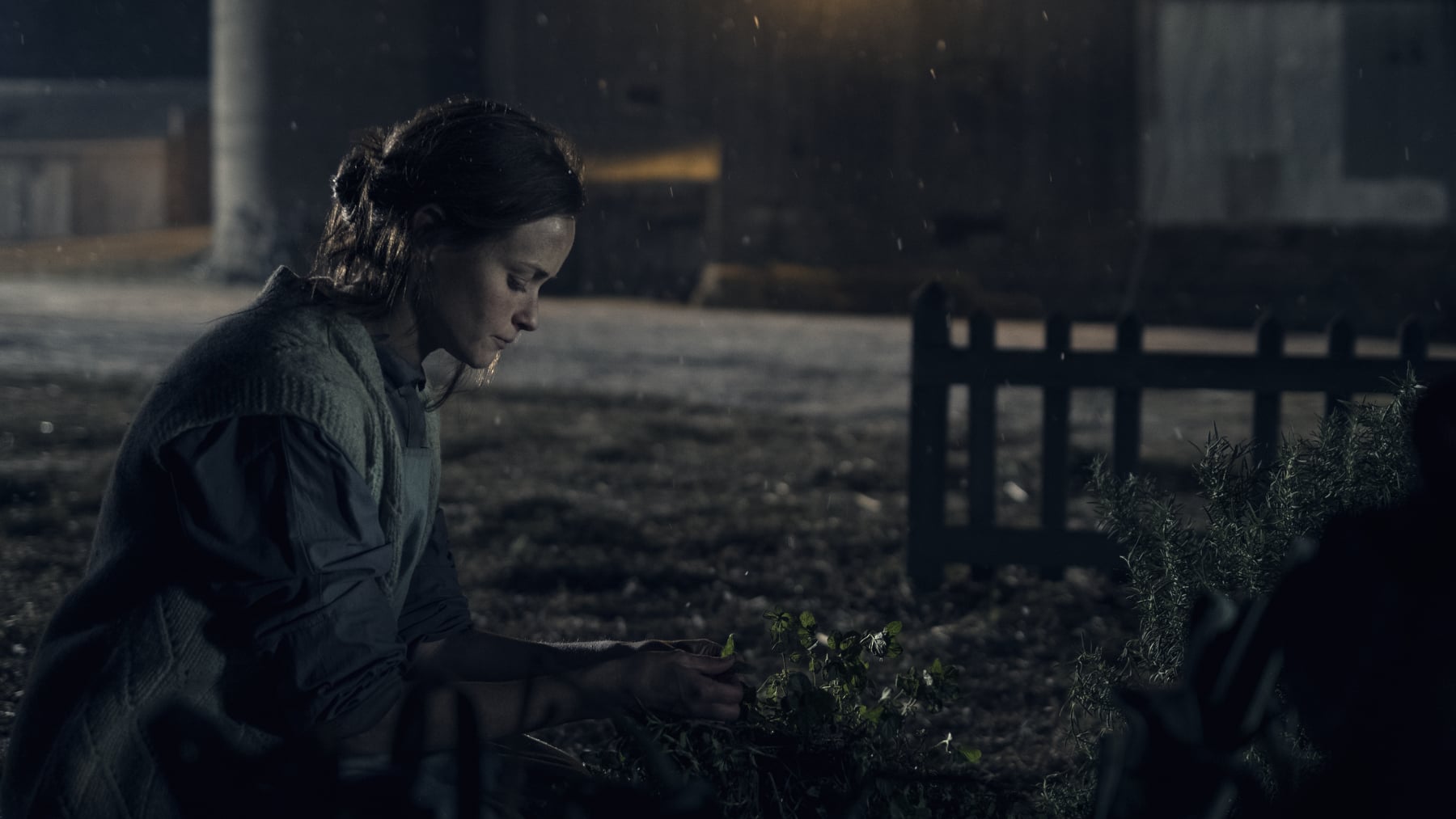 In the new season of Hulu's The Handmaid's Tale, we don't have to wait long to find out that Alexis Bledel's character, Emily (aka Ofglen), has been banished to the Colonies with the rest of the "unwomen." The trauma in Emily's face makes her almost unrecognizable, but she seems to have made a place for herself as the camp's unofficial nurse, helping the women suffering from the affects of radiation exposure. We also get a glimpse of her life prior to becoming a handmaid. Once an esteemed cellular biology college professor, Emily loses her family after being labeled a "gender traitor" for being gay in the uprising of the religious extremists. We learn that, like the others, she has suffered a great deal of loss, humiliation, and injustice. Her storyline is arguably the most devastating of all as the punishment is for something she cannot change.

Emily's character is put to the test when a wife, played by Marisa Tomei, is dropped off at the Colonies in a school bus, stripped of Gilead's esteemed stature. As she's still cloaked in a pristine emerald dress, we see that wives, or mistresses, are not untouchable in this society and can also be banished to the horrific Colonies. The others, most of whom were likely sent there because of women like her, treat her with contempt upon arrival. We see that in this wasteland, any women who end up there have to fight for their lives as prisoners of their own consequence.

While Tomei's character is shunned by the other women, Emily briefly befriends her, offering bits of advice to help adjust to the squalor of her new life. The mistress is quick to trust her, desperate for help in an obvious change from the position of power she once held over women like Emily. It's now clear that without status symbols, those who once ruled over the helpless are now helpless themselves. It's not until she takes the medicine Emily gives her to help with the E .coli in the water, which is actually a lethal poison, that she realizes she was never her ally. Could this have been Emily's chance to seek vengeance for both herself and the women in the Colony and beyond?

When the mistress is found dead the next day, Emily looks on, almost expressionless. It's possible at this point this was not simply a lone act of revenge but the beginning of an uprising. A way to draw a line between those who created this world and those who were forced into it. Nailing the mistress to a cross in her green dress, she tells the guards that anyone who was complacent in building this society will one day suffer consequences that not even their God can save them from.

That all makes us think that Emily might still have connections to the Mayday resistance we learned about in season one. This could also explain how she was able to procure medical supplies to help the other women. If Emily is able to maintain communication with this underground group and make a power play from within the Colony, Gilead may not have as much control as it seems. Perhaps season two will be the beginning of Gilead's #TimesUp moment in which we see oppressed women rise up and restore power and balance to society.