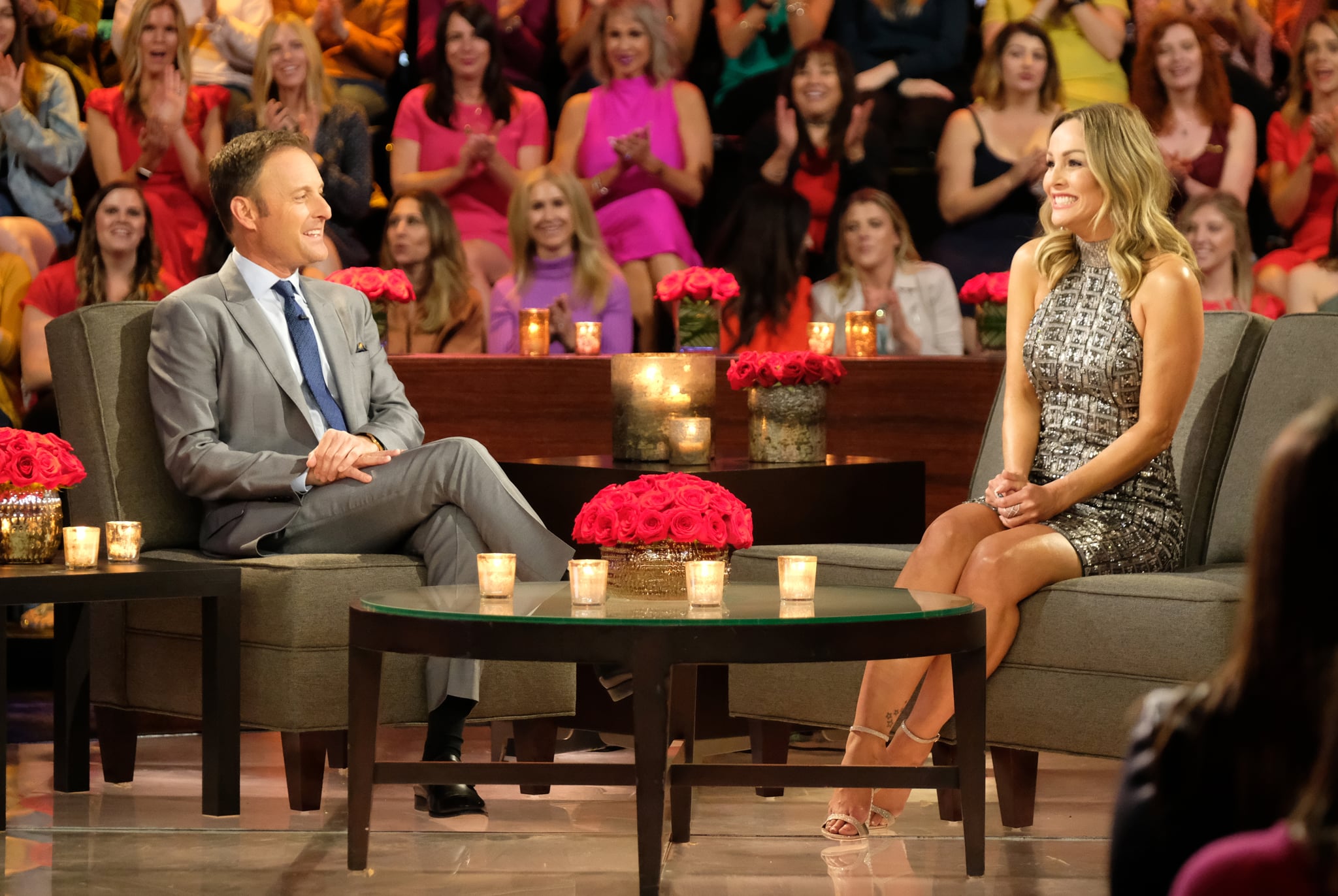 Now that Clare Crawley's season of The Bachelorette has started, it's the perfect time to revisit her time on The Bachelor and what happened between her and Juan Pablo Galavis. While she's best known for her awesome telling-off of Juan Pablo on the finale, their story had quite a few other bumps along the way as well.

Clare was a front runner early on, getting the first one-on-one date of the season. In the first few weeks, she seemed to struggle with her feelings about dating him while he was dating other women, particularly coming into conflict with Nikki Ferrell early on over the drama in the house. She did, however, make a big impression during a group date in Vietnam, snagging Juan Pablo as her partner for a rowboat date and later convincing him to go for a sexy one-on-one swim.

That impromptu swim wound up causing more drama, though. First, Juan Pablo expressed regrets, saying he didn't want to set a bad example for his young daughter by behaving like that on TV. The next week, Clare got a one-on-one date, and they talked out some of their feelings about what had happened before.

Related:
The Bachelor Has Forced Every Woman Into Being a Villain or a Victim, and It's Not OK

During hometown dates, Clare's family seemed to like Juan Pablo, and vice versa. She confided in him about her late father and how he'd left a message for her and her future husband. The following week, they hit a brief snag over Fantasy Suites, due to lingering concerns over their swim in Vietnam, but ultimately did choose to spend the night in the suite together.

When they met Juan Pablo's family, Clare hit it off with them, telling them she was really in love with him and ignoring their warnings about Juan Pablo's less-positive personality traits. During their last date before the final rose, however, things went south very quickly, starting with an off-camera comment Juan Pablo whispered to Clare that offended her deeply.

"It was insulting, it was offensive, and it just made me feel awful."

"What I thought was going to be sweet, kind, loving words was not what came out of his mouth, and I'm shocked," she later said. "He chose to tell me something that no woman wants to hear. That he doesn't know me, and some sexual thing, I don't even want to repeat it. It was insulting, it was offensive, and it just made me feel awful."

What was the exact thing he said? Well, the actual conversation wasn't captured on camera, but during a confessional, Clare fumed, "Don't tell me you love [bleeped] me." So, it's not too hard to figure out what word got bleeped out or why she was so hurt by it. At the final rose ceremony, Juan Pablo broke up with Clare in favor of his other finalist, Nikki. After ending things, he tried to hug her and say "it's OK," but Clare was not having it, which led to her now-iconic takedown of the controversial Bachelor.

"I thought I knew what kind of man you were," she told him. "I lost respect for you. What you just made me go through? I would never want my children having a father like you." Ever classy, after she left, Juan Pablo told the cameras, "I'm so glad I didn't pick her!"

He did give his final rose to Nikki, although he didn't propose, and they broke up not long after. Clare, meanwhile, went on to a couple seasons of Bachelor in Paradise and Bachelor Winter Games, and after failing to find lasting love there, she's back as the lead for the new season of The Bachelorette, airing later this year.