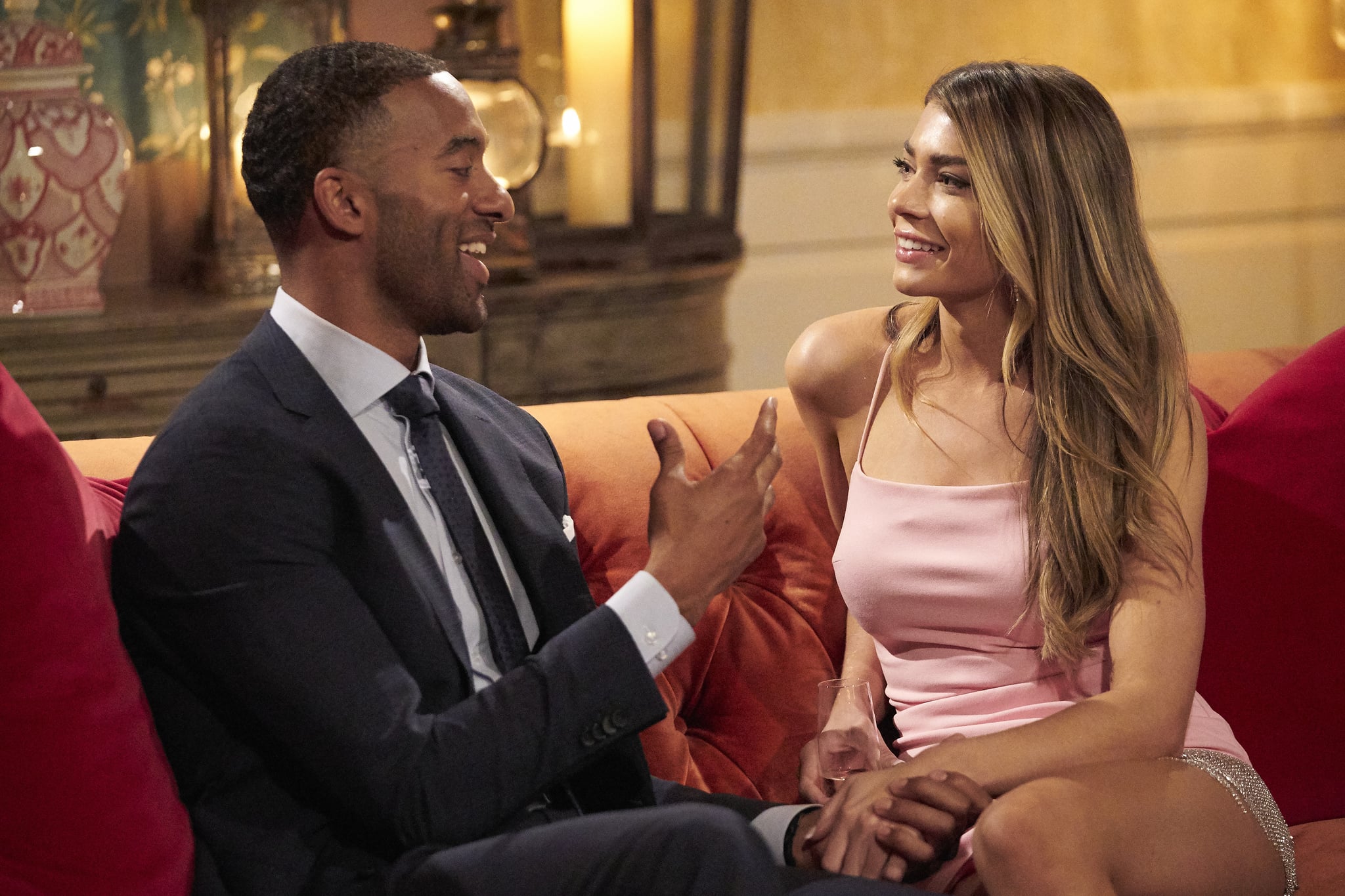 Usually, when a contestant self-eliminates on The Bachelor, it's a big dramatic deal near the end of the show. That definitely wasn't the case this season: we only got to week three before one of the contestants made the choice to leave on her own! Sarah Trott, the journalist who earned one of Matt's first one-on-one dates, left the show after a week of high drama with the other women, but that drama wasn't actually the main reason she left.

Earlier in the season, Sarah revealed a very personal detail to Matt: she recently moved back home to San Diego in order to care for her father, who has ALS. After the week's drama, during which she fainted at a rose ceremony and started crashing other dates, claiming insecurities about how Matt was dating all the women at the same time, Sarah ultimately opened up to, of all people, Katie, one of her harshest critics following her date-crashing stunts.

"I really have to put my well-being first, and I'm not in a good headspace here," Sarah told Katie during a private conversation. "And I haven't really opened up to you about the situation with my dad, but he has a terminal illness, and it's not like, years or months, it's like, weeks. So, it's really weighing on my heart too — time away from him. And I thought I was ready for this, but I have to be true to myself . . . It's so hard being here, away from him, knowing we don't know how much time he has."

Katie became supportive after that revelation, admitting to Sarah that she actually lost her dad back in 2012, so she understood how difficult things are for Sarah. "I missed out on my goodbye with my dad, so I would never want that for you," Katie told her. When Sarah went to tell Matt about her decision to leave, Katie went back to the other women and asked them to be respectful about Sarah's departure, telling them, "She actually has a really big family thing as well . . . she went home today. I want to remind everyone to stay classy in this process."

Sarah explained her reasons to Matt, emphasizing that she just didn't feel like she could be at her best and that she really hadn't realized how difficult it would be to be away from her family. "I've prayed about this, and I've thought about it, and I just felt really called to go home and be with my family. I just don't think I'm ready for this. I wish you could see my heart," she told him. Although clearly surprised, Matt was supportive and respectful about her decision and wished her well.

"It doesn't mean I'm going to stop thinking about you and praying for your dad," Matt told her. "When you're ready, some guy is going to be extremely lucky, and I'm bummed it's not me, but I've learned so much from you already and what it means to sacrifice and do anything for your family and people you love. And I'm going to miss you." Although the preceding drama was a little much, it was nice to see a Bachelor contestant honestly realize that she couldn't handle being on the show and put herself and her family first.