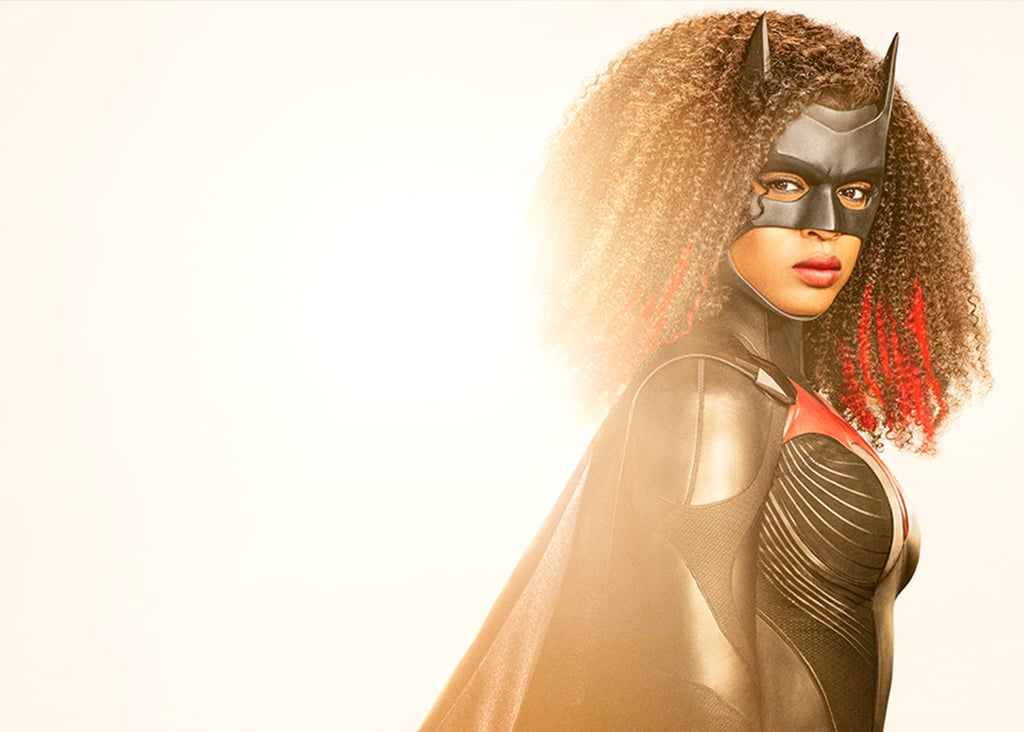 We Can't Wait to See Javicia Leslie's Batwoman Suit in Action: "[It's] Her Moment!"

If you were wondering whether or not Javicia Leslie's Ryan Wilder would get a Batsuit of her own or have to wear Kate Kane's, we've finally gotten confirmation that there's a new Batsuit in town. On Oct. 26, The CW released first-look photos of the new redesigned Batwoman suit for Ryan, the character Leslie is playing as the replacement to Ruby Rose's Kate. With the photos, we can clearly see the differences between the two suits; the most noticeable difference is the cowl, with Ryan's "featuring natural, curly hair with red streaks" versus Kate's bright-red hair with bangs. "The wig was something we never perfected in season one, and Janice Workman crushed it with this new take," executive producer Caroline Dries said in a statement.

While Ryan initially wears the suit of her predecessor, she eventually redesigns it to fit her needs as she grows into her own kind of hero. "I love the fact that Ryan is becoming her own Batwoman — it's her style, her swag, and her moment," Leslie said in a statement. "I felt it was important that viewers could tell by the silhouette that Batwoman was a Black girl. With the form-fitting suit and beautiful Afro, we definitely nailed it!" According to a press release from The CW, we can expect to see this new Batsuit in the second season's third episode, when Ryan lets Gotham know "that a New Hero has arrived."

It was first announced that Leslie would take on the role of Batwoman on July 8 after Rose made the decision to leave the series in May. "I have made the very difficult decision to not return to Batwoman next season," Rose said in a statement. "This was not a decision I made lightly as I have the utmost respect for the cast, crew and everyone involved with the show in both Vancouver and in Los Angeles." As part of her announcement post on Instagram, Leslie noted, "For all of the little Black girls dreaming to be a superhero one day... it's possible!" The second season is slated to premiere in January 2021.

Related:
The Masked Crusader Is Back — Javicia Leslie Dons the Batwoman Suit in a First-Look Photo
Previous Next Start Slideshow
TVBatwomanJavicia LeslieCW