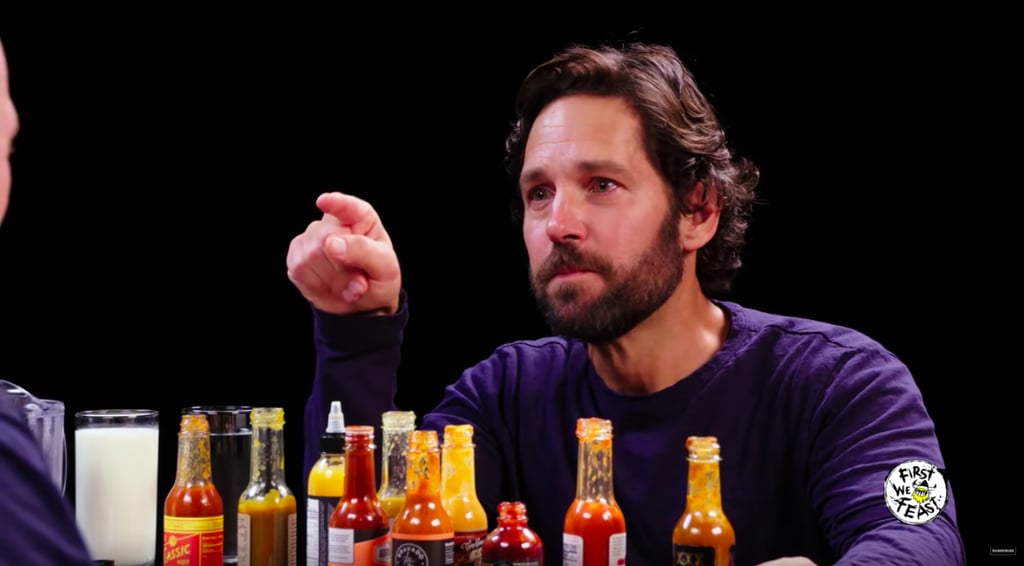 Hot Ones, the show with hot questions and even hotter wings, is a wildly entertaining YouTube show hosted by Sean Evans. If you haven't seen it before, it's basically an in-depth interview where Sean — one of the most cool, calm, and collected guys on the planet — grills his celebrity guests while burning their mouths with the hottest of hot sauces. In any episode, you're guaranteed to see the interviewee open up about their life, break under the spicy pressure, and compliment Sean's inquisitive (and very well-researched) questions. He's featured some notable guests including Chrissy Teigen, Idris Elba, Gordon Ramsay, and so many more.

The show has gotten lots of attention the past four years because of its an unconventional twist of the typical sit-down interview viewers are used to. It's intimate in the sense that anyone watching can feel like they're sitting at the table with them, which is a vibe most high-production sets don't give off. Plus, it's superfunny to watch your favorite celebrity unfiltered and trying to act cool while they taste the hottest sauces measured on the Scoville Scale (Da Bomb, we're looking at you). There's 10 seasons of the show on YouTube that are all worth a watch, but here's a roundup of the most memorable ones (so far).