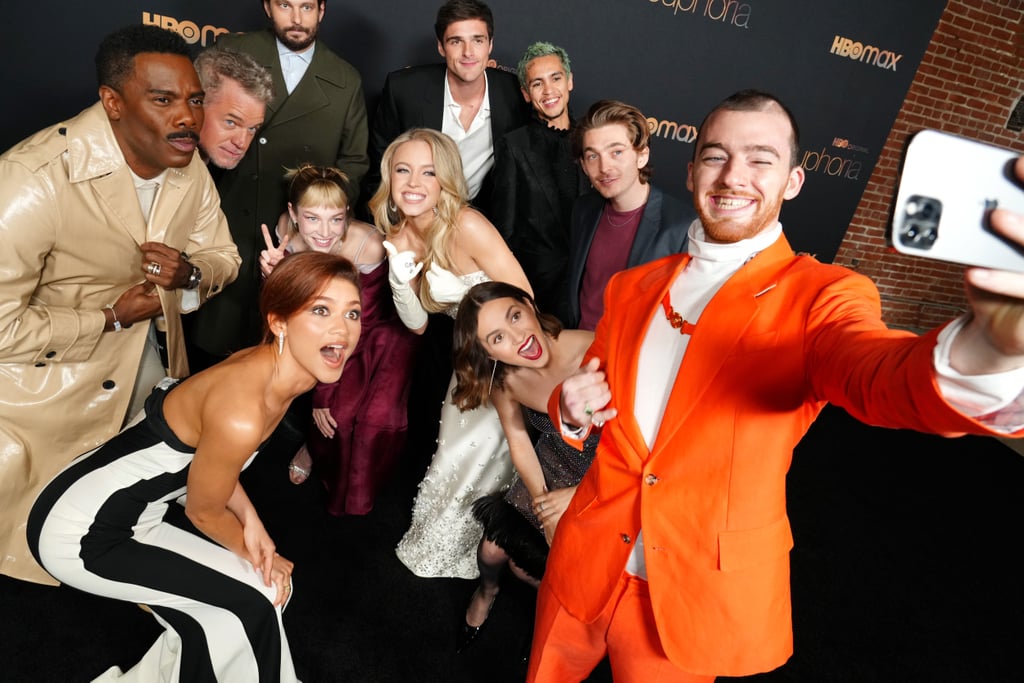 As of Jan. 9, Rue, Lexi, Fez, and the rest of the Euphoria crew are back for season two, and tensions are running higher than ever. "This season, maybe even more so than the last, is deeply emotional and deals with subject matter that can be triggering and difficult to watch," Zendaya warned in a recent Instagram post. "Please only watch it if you feel comfortable. Take care of yourself and know that either way you are still loved and I can still feel your support."

The dark storyline sets a heavy tone for the rest of the show, but the cast took a moment to share a few behind-the-scenes photos from season two that prove their friendships are as strong (and silly) as ever. Between slathering each other in fake blood and doing cartwheels (we're looking at you, Alexa Demie) on the playground, the cast were all smiles between takes. See a sneak peek of Sydney Sweeney's New Year's Eve dress, Hunter Schafer stealing the spotlight on Zendaya's camera roll, and what really went on between Jacob Elordi and Angus Cloud during that intense fight scene here.