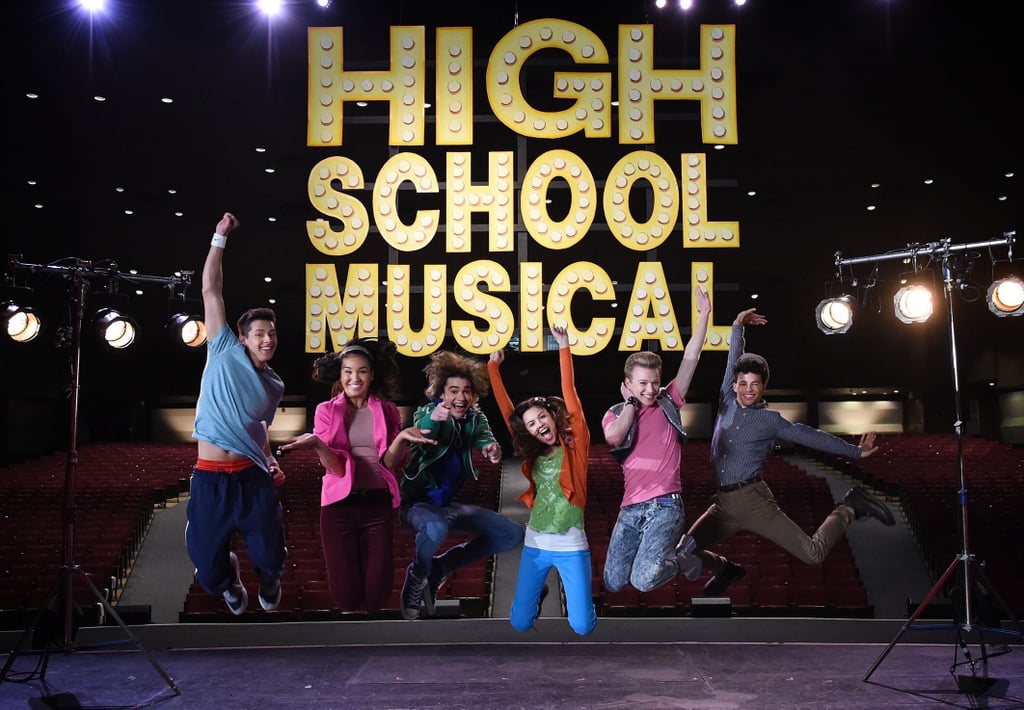 Disney+'s High School Musical: The Musical: The Series is getting into the Wildcat spirit! In the final two episodes of the first season, the students of East High put on a production of the Disney Channel Original Movie, High School Musical. Yep, that means Ricky and Nini channel their inner Troy and Gabriella and Seb puts on his best Sharpay.

POPSUGAR had the first exclusive look at the big "Stick to the Status Quo" number, but the rest of the photos from the episodes are making us even more nostalgic. The series really did a great job paying tribute to the original while putting their own spin on the beloved movie. See how the show's production compares to the original film ahead.