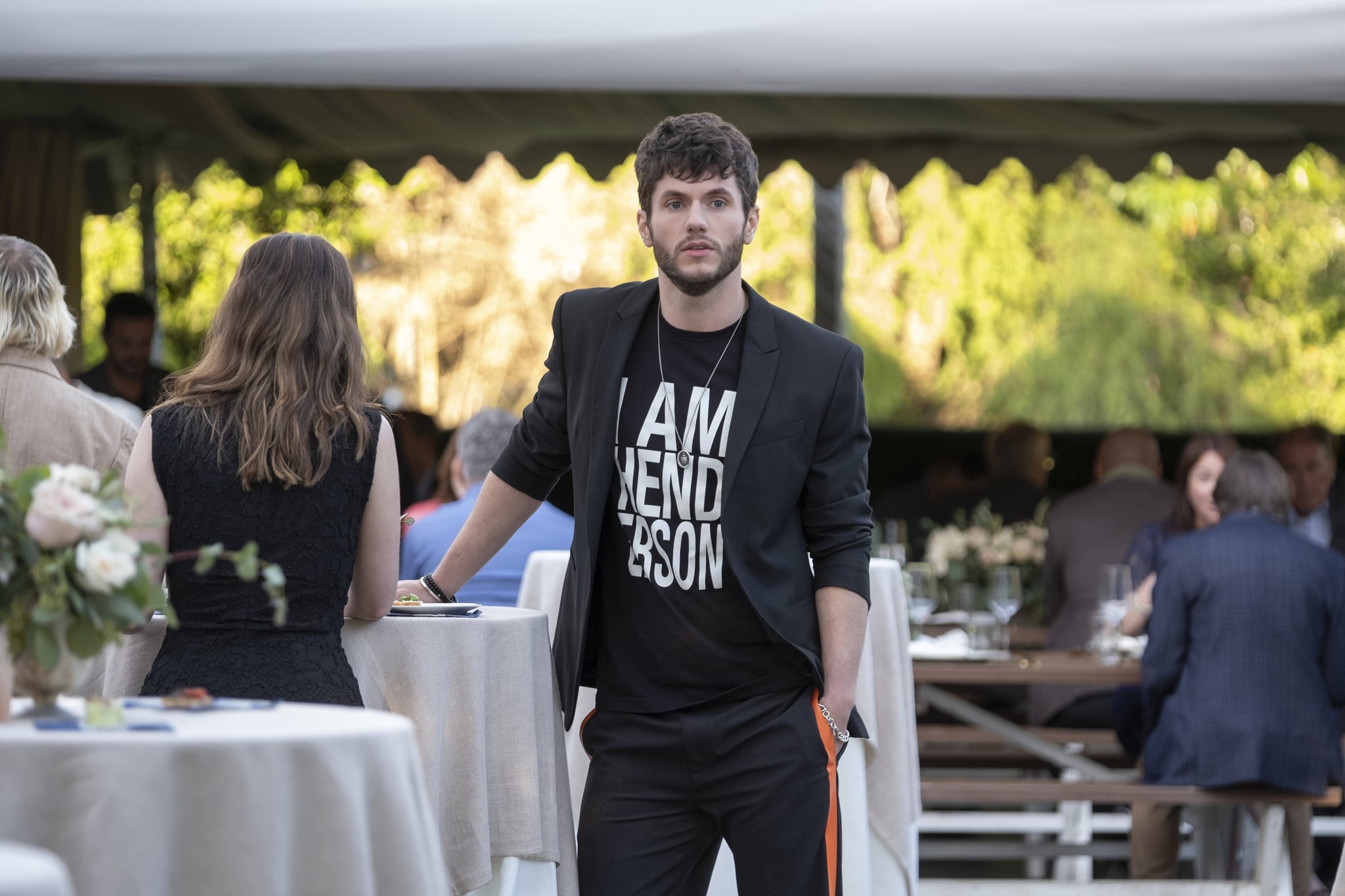 Season two of You captured us in another twisted web of lies, and we're pretty much anticipating season three to be just as sick now that Love (Victoria Pedretti) and Joe (Penn Badgley) are new parents. The second installation of the Netflix series brought Joe his match: a fellow serial killer in the form of a charismatic chef, Love Quinn. Joe faces a bit of a hitch wooing Love: her twin brother, Forty (James Scully). However, this issue mostly resolves itself by the season two finale, when Officer Fincher (Danny Vasquez) fatally shoots him. But how did we get to that point? Let's revisit Forty's storyline for a second.

Forty is a director and writer, the epitome of a privileged narcissist from our initial impression of him. He later becomes an obstacle for Joe, as he's incredibly possessive of and codependent with Love — she's often the one cleaning up after his messes. Eventually, Joe and Forty strike a rapport, and Joe helps Forty adapt Beck's book. Even after Joe and Love temporarily break up, Forty remains friends with Joe.

After reading Beck's book, Forty suspects that Beck's ex killed Beck and framed Dr. Nicky. Candace, Joe's ex, tells him that this is exactly what happened and that Joe is actually the killer. Forty meets Dr. Nicky (John Stamos) in prison and investigates the Beck case for himself. Dr. Nicky ominously warns Forty to stay away from Joe.

Forty eventually asks Joe to meet him at Anavrin, the store owned by the Quinn family, where he confronts his sister's lover with a gun. Love pleads with Forty not to kill Joe because she's pregnant. Forty is distraught that she would bring that child into the world and reveals that he knew she killed their au pair years ago. Before Forty pulls the trigger, however, Officer Fincher shoots him.

Forty's out of the picture now, but it's very likely that his death will have a significant impact in the upcoming season. We'll just have to wait and see what season three has in store for us!