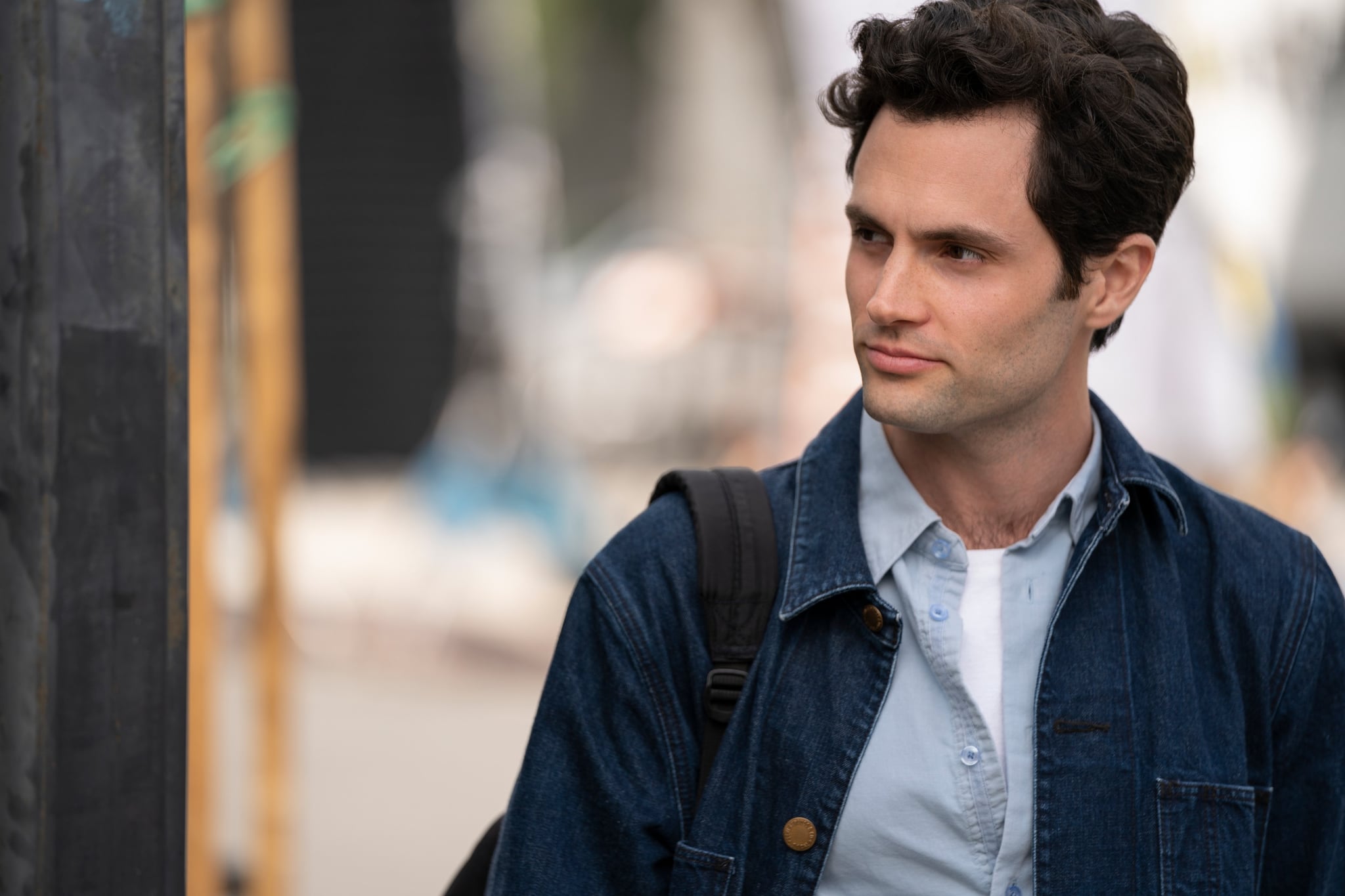 Season two of You ends on a creepy moment when Joe spies on his new neighbor after moving into a house with Love. We see the said neighbor from behind as she's lounging in her yard. Unsurprisingly, the cliffhanger left the internet eager for answers as to who this mystery woman could be now that season three is in the works. One of the most popular ideas is that Joe tracked down his estranged mom and moved in right next to her. Convincing, right? Well, there are myriad reasons why this theory doesn't necessarily track, including one from Joe's actor himself.

First, let's quickly talk about why this might have seemed like a feasible theory. Joe's all settled now with Love, who's pregnant with their baby (supposedly) and has more or less gotten them cleared of charges. Now that he's found an equally yoked partner, it makes sense for him to get back in touch with his mom. As we saw, Joe was separated from his mother and put into a group home after he shot an abusive man who appeared to be his father. It would track that Joe might not be after romance, but instead, reconciliation with his mother.

So why doesn't this theory work? If we're talking details, two different actresses portray Joe's mother and the mystery woman. Magda Apanowicz is the former, and Tiffany Lonsdale plays the latter. There's a possibility that Lonsdale could just be there to fill in the spot for the main actress, so we'll have to wait to see what happens next.

Another point to contend with is that the mystery woman appears to be a bookworm of sorts, reading as Joe spies on her. Joe's mom, on the other hand, isn't one from what we know. As Reddit user cola_zerola pointed out, Joe's mother told him not to take his books when they were leaving, just the important stuff. This isn't a dealbreaker of course, but it doesn't help the mom theory.

Ultimately, the biggest thorn in this theory comes from the actor who plays Joe himself. Penn Badgley debunked this theory pretty much when it started gaining traction. Much to the chagrin of clever internet theorists, the actor told Bustle, "She's definitely not his mom. I can say that."

So, who is this enigmatic lady? There are theories that she could be Dr. Nicky's wife or someone close with one of Joe's victims. Heck, some folks even went down a whole Gone Girl route and speculated that the woman was Beck herself (again, she's not played by Elizabeth Lail). For all we know, she could just be a well-read stranger that Joe falls for. Whoever she may be, we're wishing her the best of luck if Joe is going to be on her tail.