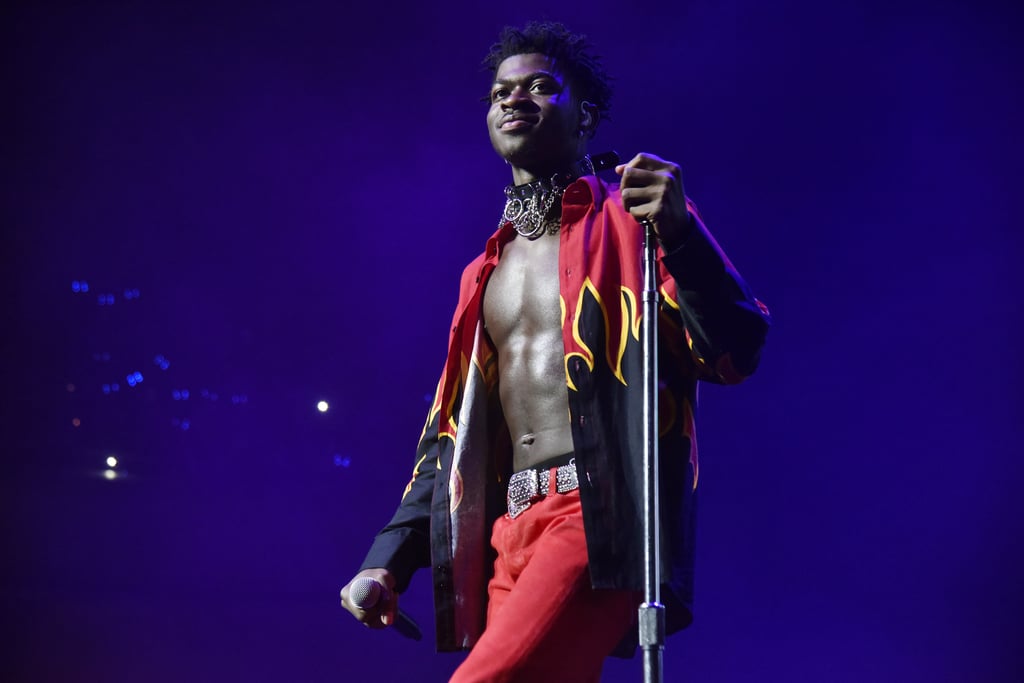 Lil Nas X, aka everyone's favorite artist right now, took to the iconic BBC Radio 1 Live Lounge stage. The singer performed his hit single and album title track "Montero (Call Me by Your Name)," along with two special tracks from the album, "Dead Right Now" and "That's What I Want."

As most seasoned Live Loungers know, the surprise cover is one of the most highly anticipated parts of a Live Lounge performance, and Lil Nas X's choice did not disappoint. Performing a completely unique twist on the ultimate classic, the singer decided to cover "Jolene" by queen of country Dolly Parton. "I chose this because I feel like this song is kind of like beautifully sad, you know? I like the little country twang, so I was like, 'Let me try this out,'" Lil Nas X said of his song choice. The cover was effortless and showed off his vocal range perfectly, and honestly, it might just be our favorite version of the song yet (sorry, Adrianna from 90210).

Shortly after, Lil Nas X got the approval of Parton herself when she posted about the performance on Instagram. "I was so excited when someone told me that Lil Nas X had done my song 'Jolene.' I had to find it and listen to it immediately . . . and it's really, really good," she wrote. "Of course, I love him anyway. I was surprised and I'm honored and flattered. I hope he does good for both of us. Thank you @lilnasx 🦋"

During his performance, the singer also talked about his explosive music videos and his dream collaboration (spoiler alert: it's Rihanna, though he did also tease a potential collab with Lizzo), and he even cleared up the rumors about that baby shower gift from former American President Barack Obama. Apparently, it happened, and the gift consisted of applesauce, nice clothes, and baby powder.

On being an LGBTQ+ icon, the singer said: "It feels great, but I guess I take everything with a grain of salt. Still, I'm thankful that people see me as an inspiration like that. I try not to start living my life by that, like living my life by making sure that people continue to see me as an inspiration." Watch Lil Nas X's Live Lounge performances ahead.

by Chandler Plante 17 minutes ago

by Eden Arielle Gordon 32 minutes ago