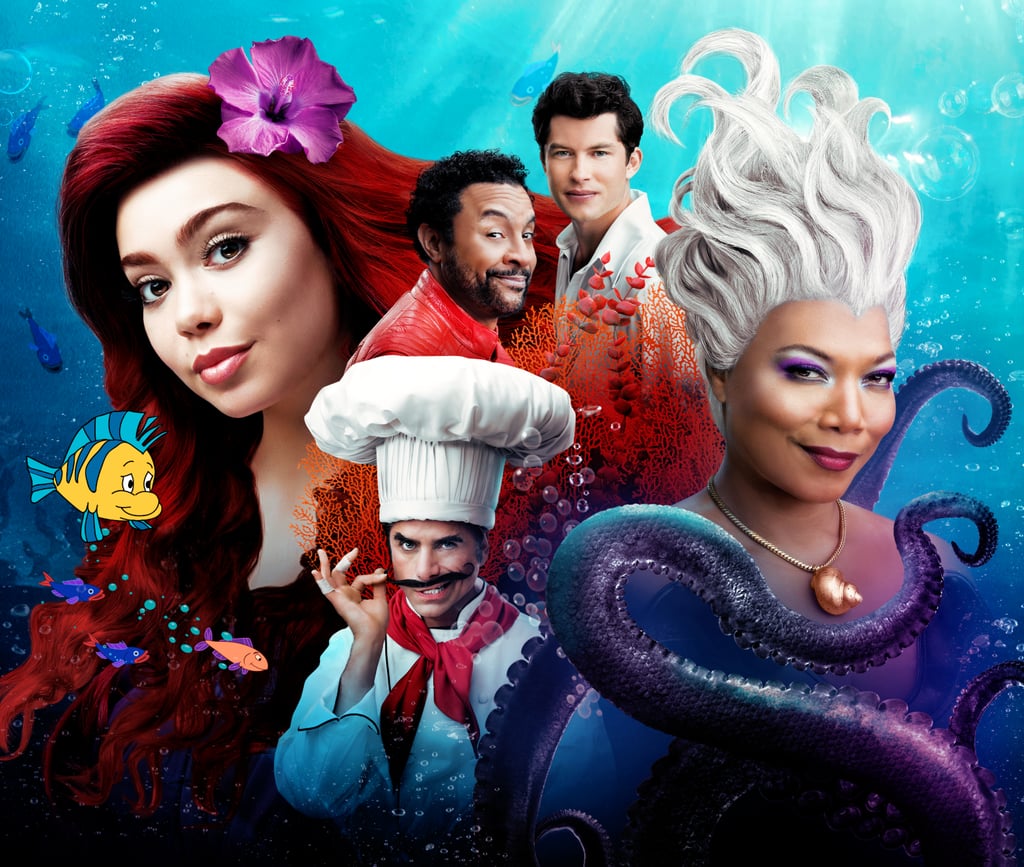 Watch Every Magical Performance From ABC's The Little Mermaid Live

Half Disney classic, half "live magic," ABC's The Little Mermaid Live! took us under the sea on Nov. 5, and we're still trying to come up for air after watching every stunning, thrilling, and — yep — kinda cringeworthy moment from the TV event. (One word: Flounder.)

In honor of the original Disney film's 30th anniversary, Auli'i Cravalho stepped into Ariel's fins, while Queen Latifah played Ursula. Rounding out the rest of the cast was Shaggy as Sebastian, John Stamos as Chef Louis, Graham Phillips as Prince Eric, and Amber Riley as Emcee (a new character). Interspersed with animated footage from the 1989 film, the cast belted out familiar hits like "Part of Your World" and "Poor Unfortunate Souls," as well as a few new tracks (Prince Eric gets a few songs of his own).

So, whether you missed the live stream of the show or just want to relive the performances, we've rounded up the ones ABC has shared so far for you, ahead!