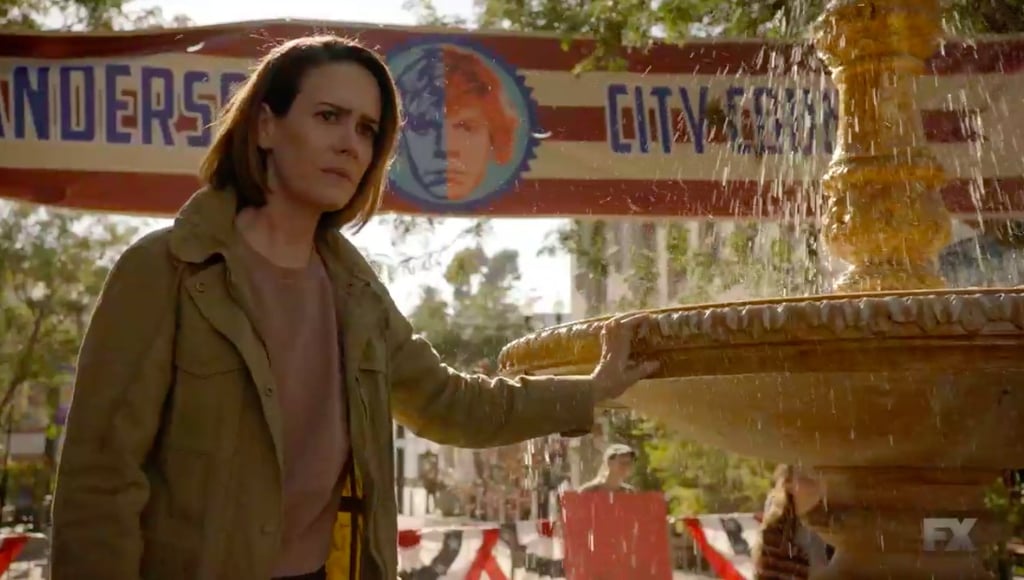 Is That You, Tate?

Once we're deep into the show's seventh season, we witness a horrific mass shooting, pulled off by Meadow, while Kai is speaking at a political rally. Gunfire aside, we couldn't help but notice a totally different, very distracting aspect of the scene. Kai's campaign poster features a picture that looks nothing like Kai. Instead, it looks much more like Tate Langdon, whom Evan Peters portrays in the show's first season. The resemblance is unmistakable.