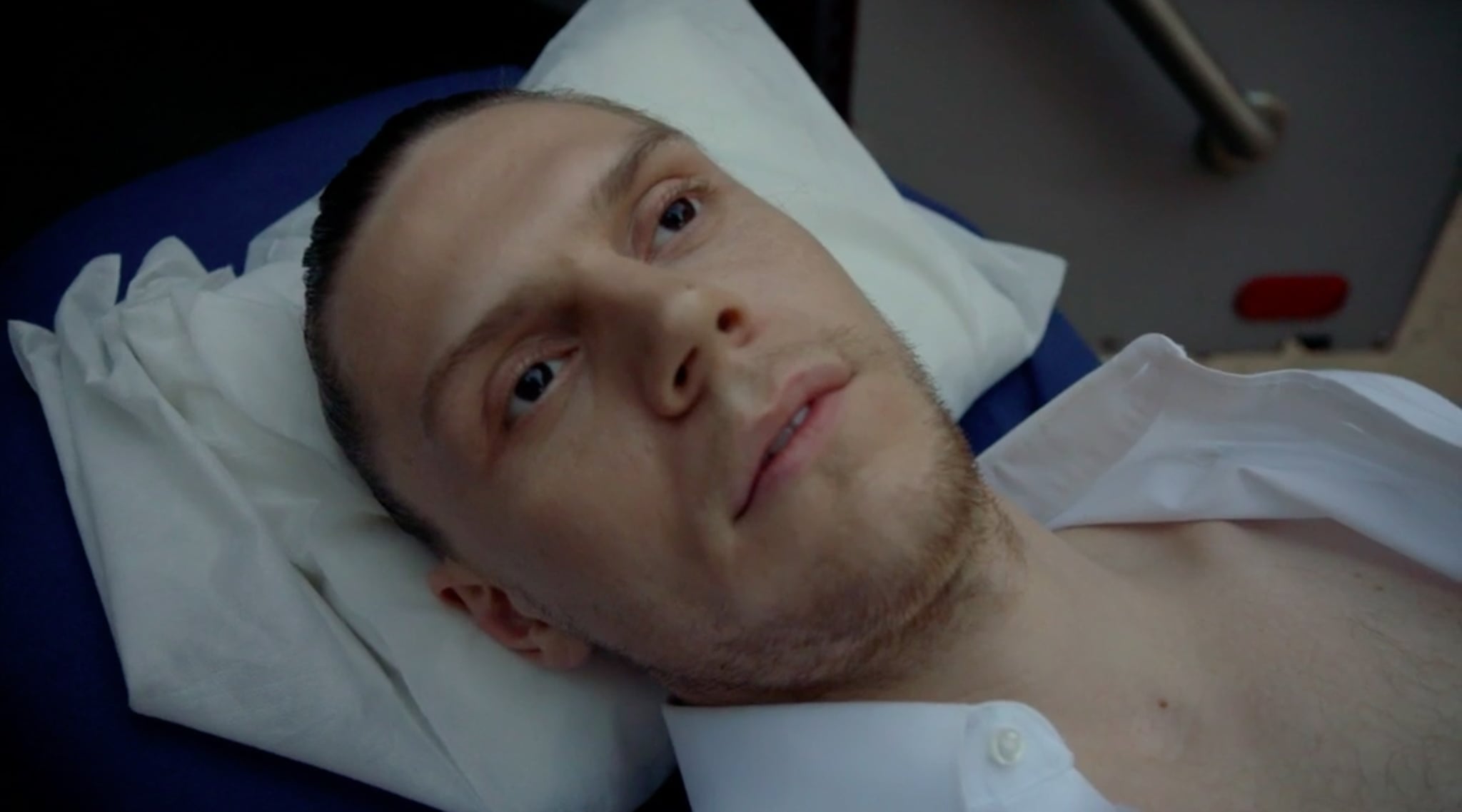 This week's episode of American Horror Story was quite the ordeal. The trimmed-down shooting sequence — which was understandably edited in the wake of the tragic and shocking real-life mass shooting in Las Vegas — is still incredibly chilling. Then there is the crazy twist: that Meadow is the shooter rather than Ally. We get to meet Mare Winningham's character for the season only to have her immediately murdered by the cult. All gripping action aside, there's another, much subtler aspect of the hour that immediately caught my eye. Ryan Murphy might have dropped a hint about a new connection between seasons. Bear with me on this one.

Now, it's no secret that Murphy likes to sneak very subtle hints into the show. Consider how that very innocuous top hat clue from Freak Show was a huge hint about the theme for season five (Hotel) and Lady Gaga's involvement therewith. From that example, it should be clear that any hint, no matter how small, could be taken seriously. So, without further ado, allow me to present this shot of Kai's campaign banner from this week's episode of AHS: Cult: 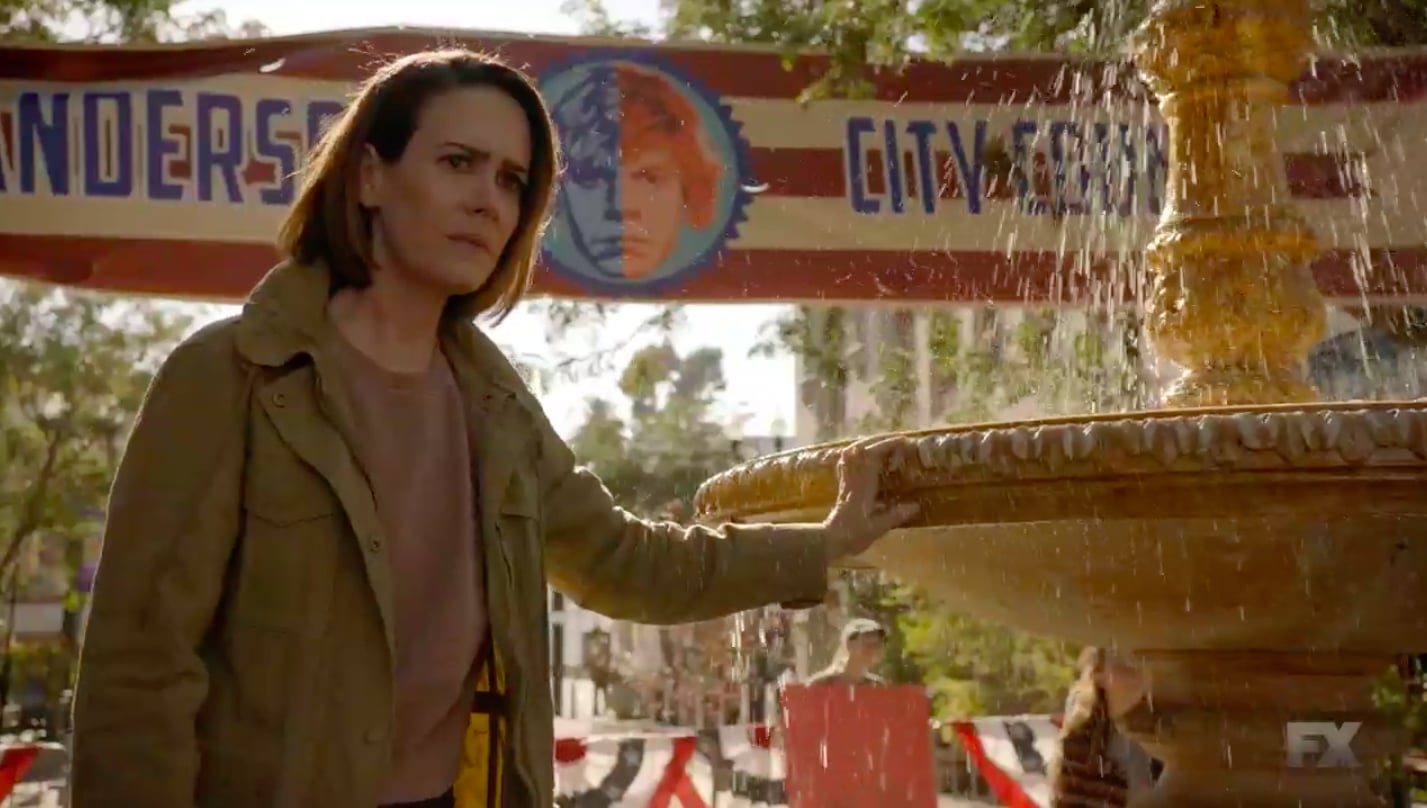 The shot comes at the very end of the episode, when Ally goes to find Meadow at Kai's rally. On the banner, we see a picture of Kai . . . but is it really Kai? Based on his look for the season, there should only be two options: a picture of Kai with his scraggly, chin-length blue hair hanging down in his face or one with all of the hair pulled back into a slick man bun. I'd argue that he'd want to use a man bun photo. After all, that seems to be his official *lewk* for politics, and it seems much more official and professional, to be sure.

The thing is, neither of these versions of Kai appear on the banner. In fact, it looks like an entirely different, very familiar character: Tate Langdon, from the very first season of American Horror Story (which was later dubbed the Murder House season after it aired). The hairstyle matches Tate's exactly, with the messy, side-swept wavy blond hair. Even the pieces on the side. It looks way more like the sulky dead teenager we meet in season one rather than the deranged cult leader we've come to know in season seven. 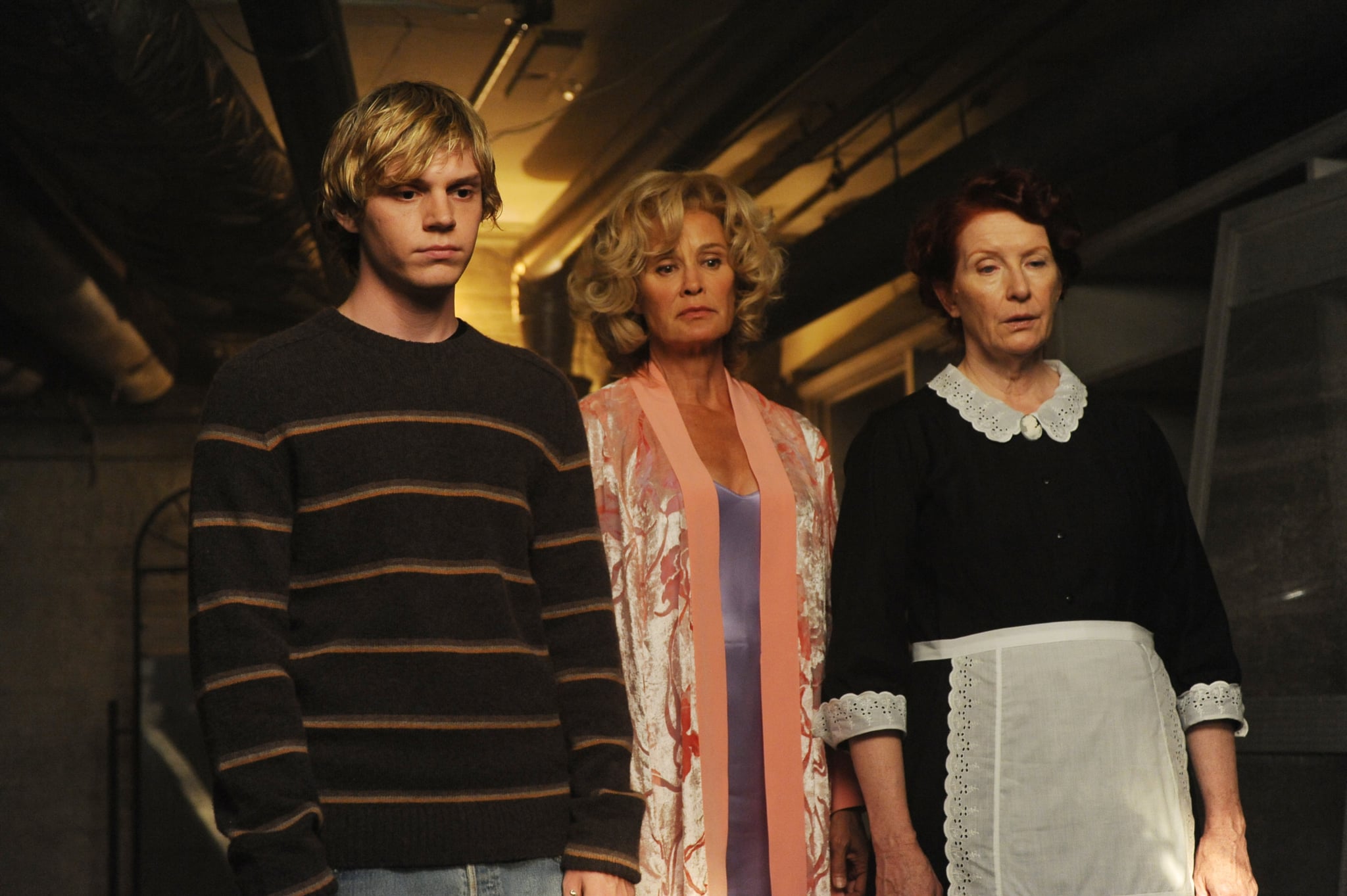 What could this possibly mean? Well, it might just be a little wink to die-hard fans, but given Murphy's history, it could be a hint that a season one connection is coming. Many fans previously thought there already was an insane connection: that Ally and Ivy's son, Oz, is actually the devil child of Vivien Harmon and Tate Langdon we meet in the finale of season one. This week, though, we learned that Oz really does belong to the couple, and that Ally is his biological mother. Oz being the season one connection is clearly off the table.

This means we'll have to connect back to season one in some other way. I mean, there's always the chance that this is a huge reach and that the banner has nothing to do with anything. But, I mean, come on. Nearly every season of AHS shares a connection with another season, and we haven't quite seen anything pop up in Cult so far. How cool would it be for the show to return to where it all started?

Nostalgia
Do You Have What It Takes to Become a Legend of the Hidden Temple? Now You Can Find Out
by Grayson Gilcrease 18 minutes ago