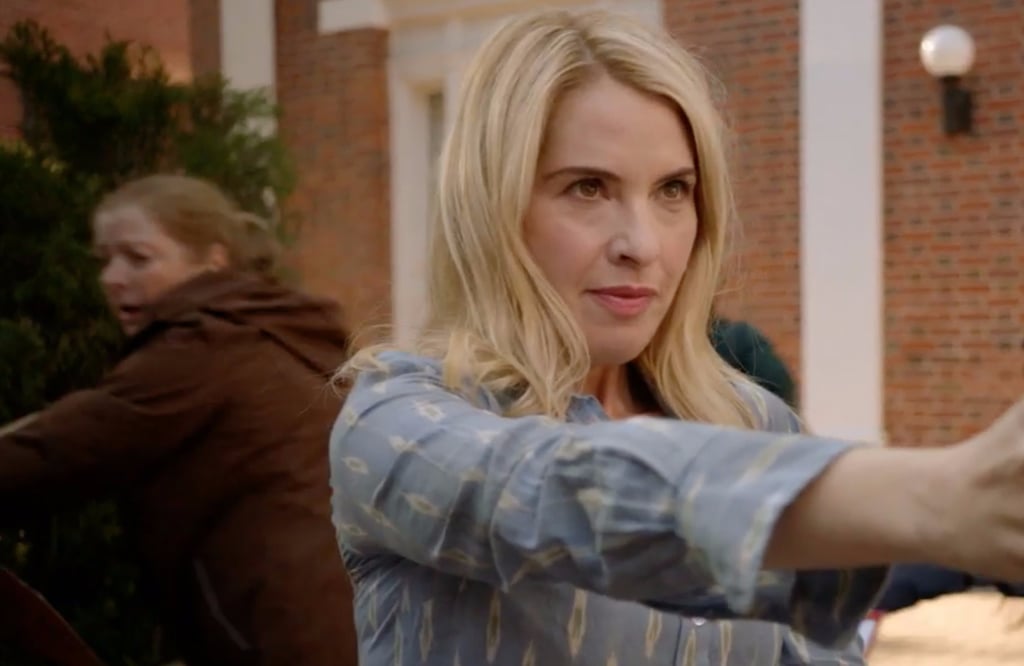 If You Shrieked at Least Once Over Meadow's Scheme on AHS: Cult, Read This

Episode six of American Horror Story: Cult was filled with more "holy sh*ts" than we could count, but more than anything, we need to break down the crippling and eventually fatal plot twist that went down with Leslie Grossman's character, Meadow Wilton.

"Mid-Western Assassin" opens with Meadow confiding in Ally (Sarah Paulson), telling her all about Kai's cult and the members involved (including Ally's wife, Ivy). Everything is making sense and Ally is checking off all her boxes to confirm she's not "crazy," but then we realize Meadow didn't actually leave the cult. Her confiding in Ally is just another one of Kai's ploys to control Ally. In fact, Meadow is in love with Kai, and at the end of the episode, just before she takes her own life, she declares, "This is the face of true love."

This sh*tstorm of an episode had us contemplating team names for Meadow and Ally (Mally? Adow?) one second and screaming at our televisions for the manipulation Meadow puts us (and Ally) through the next. Read on to see the roller coaster of emotions we all went through while watching Meadow risk it all for the D on last night's episode of AHS: Cult.