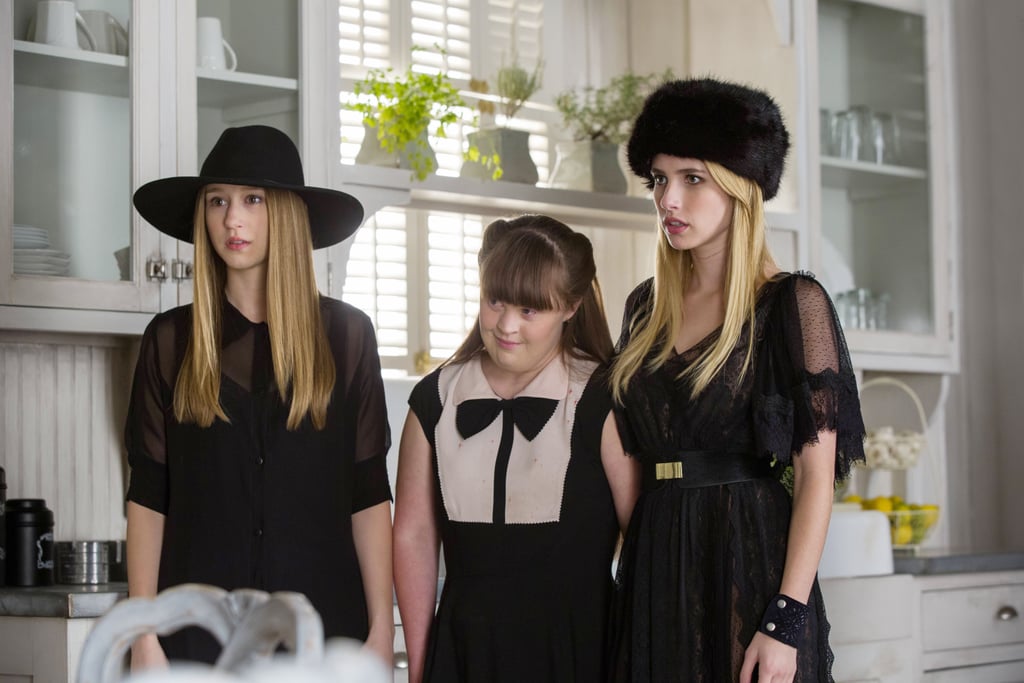 A Gathering of Witches

We're introduced to Miss Robichaux's Academy, a training ground for the coven of witches. The young witches who are being trained include the telekinetic former child star Madison, Queenie, who can use her own body as a sort of voodoo doll to harm others and who is descended from one of the most famous Salem witches, and Nan, a telepath and clairvoyant. They're overseen by headmistress Cordelia and her domineering mother, Fiona, who is the all-powerful "Supreme." Into this group comes Zoe, who accidentally discovers her powers when she causes her boyfriend to die of a brain aneurysm when they first sleep together. Overlooking all of them is the Council of Witchcraft, which includes Fiona's longtime rival Myrtle.

Netflix
Blood & Water: The Actor Who Plays Sam Is New to the Show and the Industry
by Simrin Purhar 12 hours ago

by Krista Jones 41 minutes ago