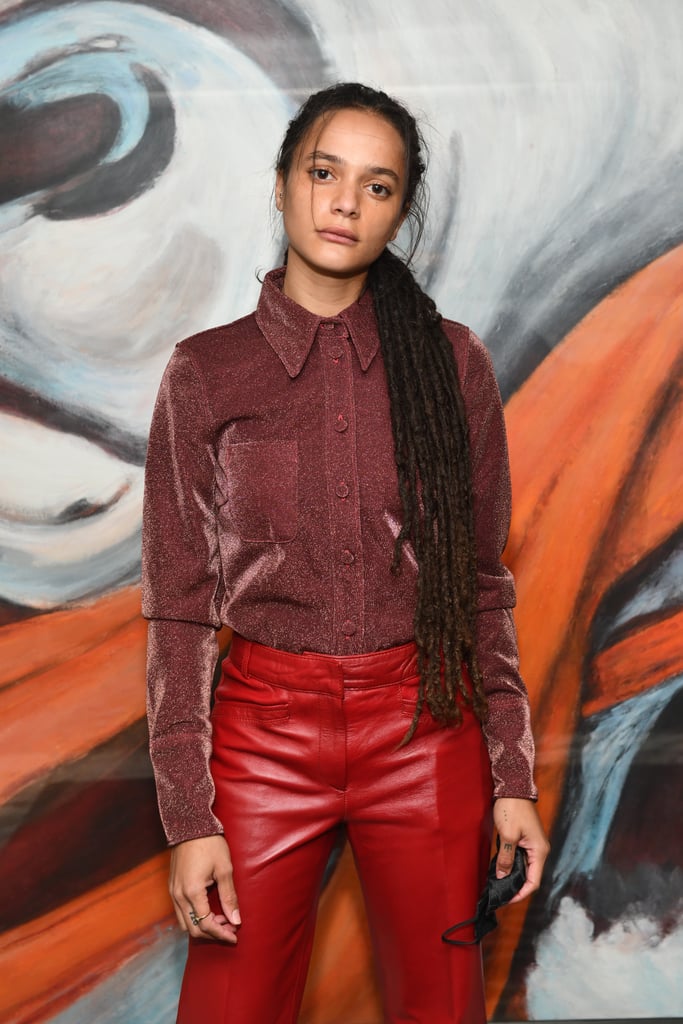 Sasha Lane stars as Bobbi in Hulu's new limited series "Conversations With Friends," based on the Sally Rooney novel of the same name. In the years since she burst onto the scene in her breakout role in 2016's "American Honey," she's built up quite an impressive résumé. But she was just a teenager when the movie's director, Andrea Arnold, discovered her while she was out partying with her friends.

Lane was 19 when Arnold approached her on the beach in Florida during spring break and asked her to audition for the movie, which is about a group of teens who sell magazines door to door as they travel the country. "Really, I didn't know anything about acting, so I was surprised and a bit wary," Lane told The Guardian. "When we started improvising, I began slowly to feel comfortable. It seems almost overwhelming now but, back then at that moment, I felt I could do anything because [Arnold] gave me this sense of confidence in myself."

Since then, Lane has been a part of some major projects, and she has more coming down the pipeline. She appeared in the first season of "Loki" as a member of the Time Variance Authority, she starred in Halsey's movie for "If I Can't Have Love, I Want Power," and she'll appear in the new Apple TV+ series "The Crowded Room" alongside Tom Holland.

Read on to learn more about Lane's major roles, plus the projects you can catch her in soon.

Related:
Jemima Kirke and Sasha Lane on the Messy Bonds of "Conversation With Friends"
Previous Next Start Slideshow
TVMoviesSasha Lane