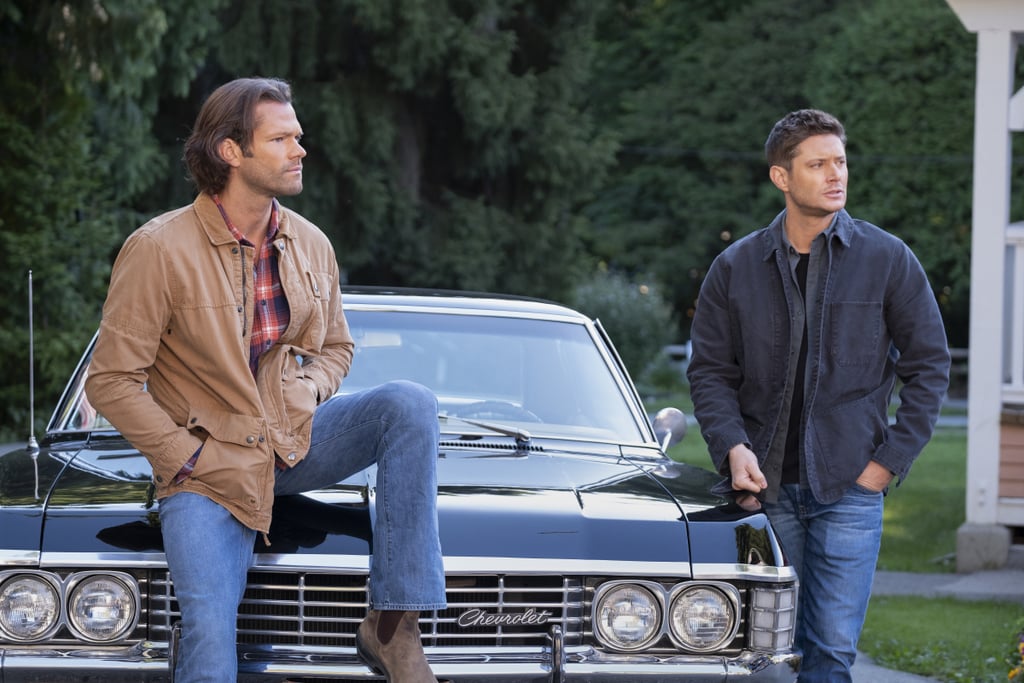 The Supernatural Cast Say Their Goodbyes After the Series Finale: "Family Don't End in Blood"

Nov. 19 will go down in history as the day fans officially said goodbye to the Winchesters. Okay, maybe not "goodbye," because they'll live on forever in syndication and fan fiction, but they said goodbye to Supernatural's new episodes, thanks to the emotional roller coaster of a series finale. The final episode of season 15 follows Dean and Sam after they've taken down Chuck. Jack's the new God, he's brought everything back, and it's up to the hunters to write their own story the way they've always wanted. Only, the finale ends with Dean dying pretty much as soon as he's just won his hard-fought freedom, and Sam having to go on without his big brother by his side. He lives a long and seemingly happy life, taking his final breaths with his son (named Dean) and reuniting with his brother in the afterlife. While fans' feelings on this ending may vastly differ, there's one thing we can all agree on: we can't believe it's really over!

Neither can the cast, which is why folks like Jensen Ackles, Misha Collins, and Felicia Day took to their social accounts to bid their final farewell as the finale aired. Some kept it short and cute while others poured their hearts out, but it's all going to make you emotional. Even the band Kansas got in on the action, paying respects to the show that adopted "Carry On Wayward Son" as their unofficial theme song. Read the goodbye messages from the cast ahead.

Related:
The Final Season of Supernatural Will Be on Netflix Very Soon After Its Finale Airs
Previous Next Start Slideshow
Jensen AcklesJared PadaleckiSupernaturalThe CWTV