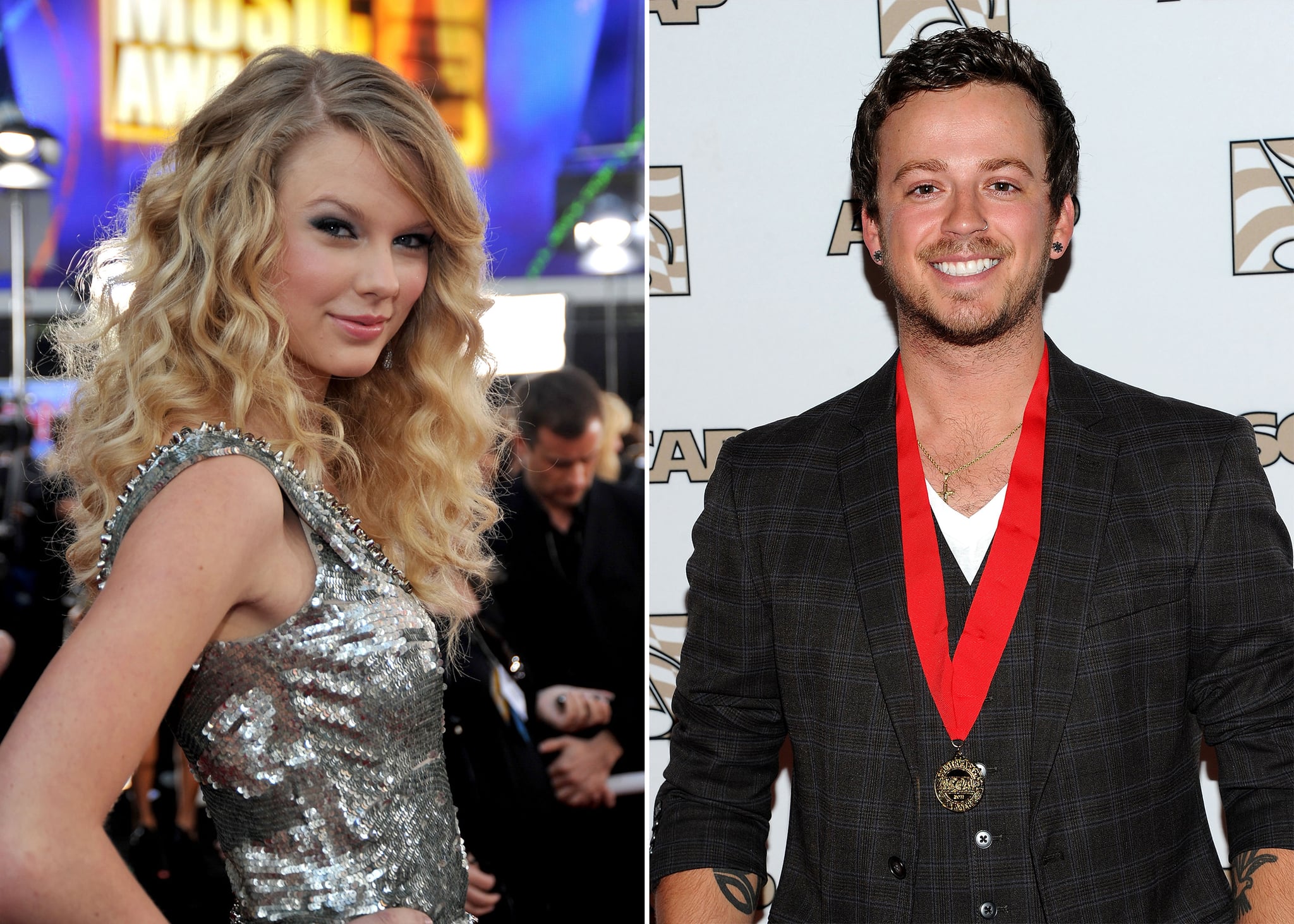 Image Source: Getty / Frazer Harrison / Jason Kempin
With the release of Taylor Swift's rerecorded Fearless, Swifties are getting to relive the joy of Swift's earlier bops, including the crush-worthy "Hey Stephen." Although some of us have known for years who the eponymous Stephen is, it hasn't stopped newer fans from wondering what kind of guy could get Swift to write the lyrics, "Cause I can't help it if you look like an angel / Can't help it if I wanna kiss you in the rain." Well, wonder no longer as "Hey Stephen" is about none other than Love and Theft's Stephen Barker Liles.

Unlike some of her other songs, which are about full-blown relationships, "Hey Stephen" details a crush Swift had on Liles back when Love and Theft toured with her in 2008. Liles hadn't actually heard the song before Swift released it, although she did tell him she'd written something about him. "She didn't say like, 'I wrote a nice song about you,' so I'm just thinking, 'What did I do?' Because she doesn't really write very many nice songs about guys," Liles told The Boot in 2009. "So I was very relieved when it turned out to be a nice song, and it's actually one of the nicest things anybody's ever done for me."

At the time, Liles had been writing a song called "Try to Make It Anyway," which he later revealed was about Swift. "Me and Taylor really hit it off and became really close when we were on tour together," Liles previously told Taste of Country. "We had a real emotional relationship. We talked on the phone a lot. She was really cool. One day she called me up and was like, 'Hey, I wrote a song about you.' I was like, 'Dude, that's really funny because I just wrote a song about you last week!'"