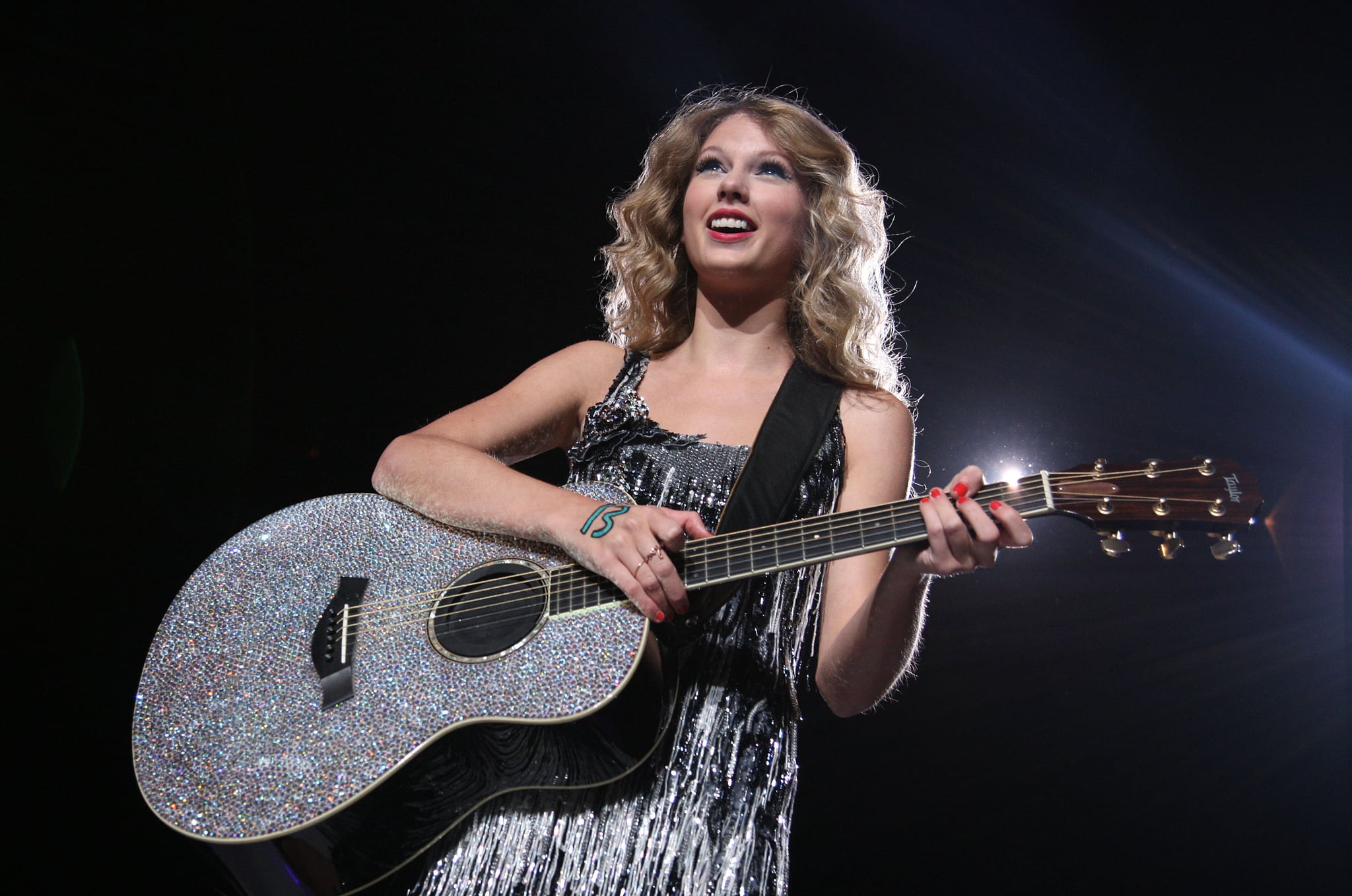 Taylor Swift's rerecorded Fearless album is finally here, and it's taking Swifties down memory lane as they reminisce about when they first heard the album and danced around in their rooms back in 2008. Not only is the album release nostalgic for fans, but it's an important move for Swift as she attempts to gain control of her music. If you haven't been following the entire saga from the beginning, you're probably wondering why she's rerecording her albums in the first place. Well, this Swiftie is here to help. Let's dive in, shall we?

Related:
A Timeline of the Drama Between Taylor Swift, Scooter Braun, and Scott Borchetta

It all started when Swift announced she was leaving Big Machine Records and signing with Republic Records and Universal Music Group in November 2018. As a songwriter and artist, Swift firmly believes artists should own the work they create. After pleading with her former label for the chance to own her previous six albums and being turned down, she made the difficult decision to leave the label that helped start her career. Through her new deal with Republic Records and UMG, Swift not only gained ownership of any future masters, but she also ensured that any sale of the label's shares in Spotify "will result in a distribution of money to their artists."

What Happened Between Taylor Swift and Scooter Braun?

Though Swift and Big Machine Records founder Scott Borchetta appeared to be on good terms when she left Big Machine Records, that all changed when Braun acquired the label, along with the music catalog to Swift's first six albums. Following the acquisition, the singer made her thoughts known with a lengthy Tumblr post that deemed the sale her "worst case scenario," alleging that she had received "incessant, manipulative bullying" from Braun "for years," alluding to her feud with his former client Kanye West back in 2016. "Now Scooter has stripped me of my life's work, that I wasn't given an opportunity to buy," she wrote. "Essentially, my musical legacy is about to lie in the hands of someone who tried to dismantle it."

Why Is Taylor Swift Rerecording Her Albums?

Following a long battle with Braun and Borchetta, the singer officially announced her plans to rerecord her first five albums in an attempt to regain her masters in August 2019. She won't be able to rerecord Reputation until fall of 2022. "Yeah that's true, and it's something I'm very excited about," she told Robin Roberts on Good Morning America. "My contract says starting from November 2020, I can start rerecording albums one through five. I think artists deserve to own their own work."

Since then, Swift has been busy trying to get these rerecordings out in an attempt to own the work she spent practically 13 years of her life creating. While she's including some small surprises for fans in these upcoming albums, including her recently released vault songs, she's making sure that the rerecordings sound exactly like the original. Why? The more they sound the same, the less likely a company will be inclined to use the original, which means Swift ensures that she gets all the profit and credit for her work.

Celebrity Couples
Like Taylor Swift and Joe Alwyn, These 10 Couples Wrote Hit Songs Together
by Hedy Phillips 6 hours ago