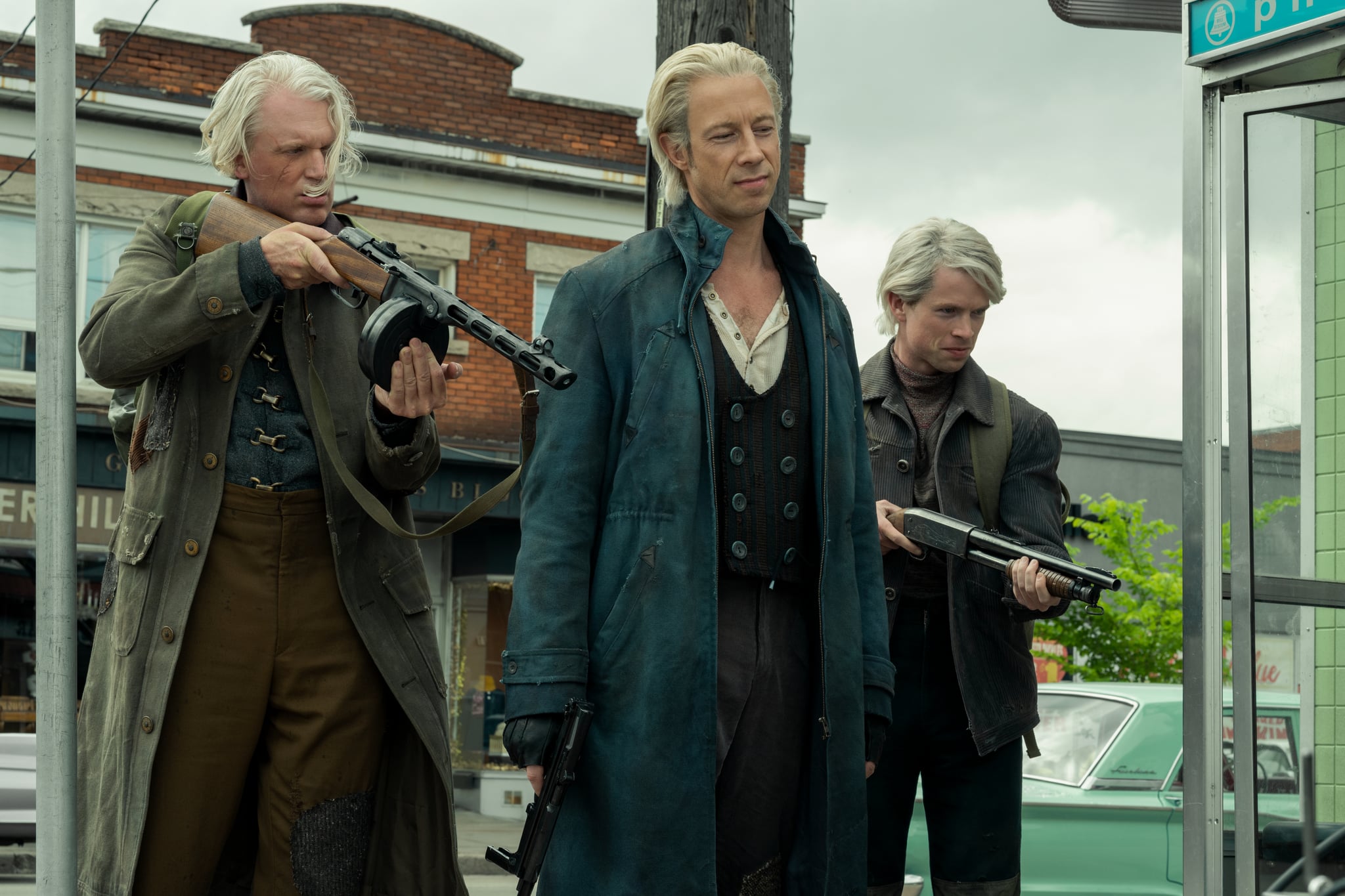 Season two of Netflix's The Umbrella Academy delivers all the beautiful chaos we've come to expect from the franchise. Amid the time traveling, sibling squabbles, personal journeys, and plot twists, there's a pervasive problem presented in the form of three assassin brothers — Oscar (Tom Sinclair), Axel (Kris Holden-Ried), and Otto (Jason Bryden) — known as the Swedes. They're not the sharpest tools in the shed, but they're certainly persistent in going after the Hargreeves siblings after The Handler (Kate Walsh) hires them to kill the superpowered bunch under the guise of orders from The Commission.

Throughout the season, the Swedes go öga for öga — or "an eye for an eye" — with their targets. It first appears that the brothers' only mission is to keep the timeline intact, which is why they attack Hazel (Cameron Britton) and Number Five (Aidan Gallagher) in episode one. They also attempt to do away with Vanya (Ellen Page) and Diego (David Castañeda) to no avail. Over time, it becomes clear that the Swedes are really being manipulated by The Handler for her own gain. If she can get the Swedes and the Umbrella Academy squad to take each other out, she has a clear path to taking control of The Commission. That's why she enlists Lila (Ritu Arya) in stealing one of Diego's knives and uses the weapon to secretly kill Otto, thus framing the blade-wielding pundit. She also fakes the kill orders against the Hargreeves.

After losing Otto — not knowing it was The Handler's doing — the two remaining Swedes ambush Allison (Emmy Raver-Lampman), who uses her powers to "rumor" Axel into strangling Oscar to death. Horrified at killing his own brother, Axel leaves and later figures out that The Handler had been using them the whole time. He notices that the mission capsules sent to the brothers are forged and smell like The Handler's perfume. In the final episode, Axel shockingly kills The Handler while she's holding Lila and the Hargreeves at gunpoint in Sissy's (Marin Ireland) barn. Tired of all the bloodshed, he decides not to attack the Hargreeves and walks away. The last we see of Axel is when he joins Klaus's former cult on the road (for now at least), but here's hoping that he takes some time to grieve the loss of his brothers.