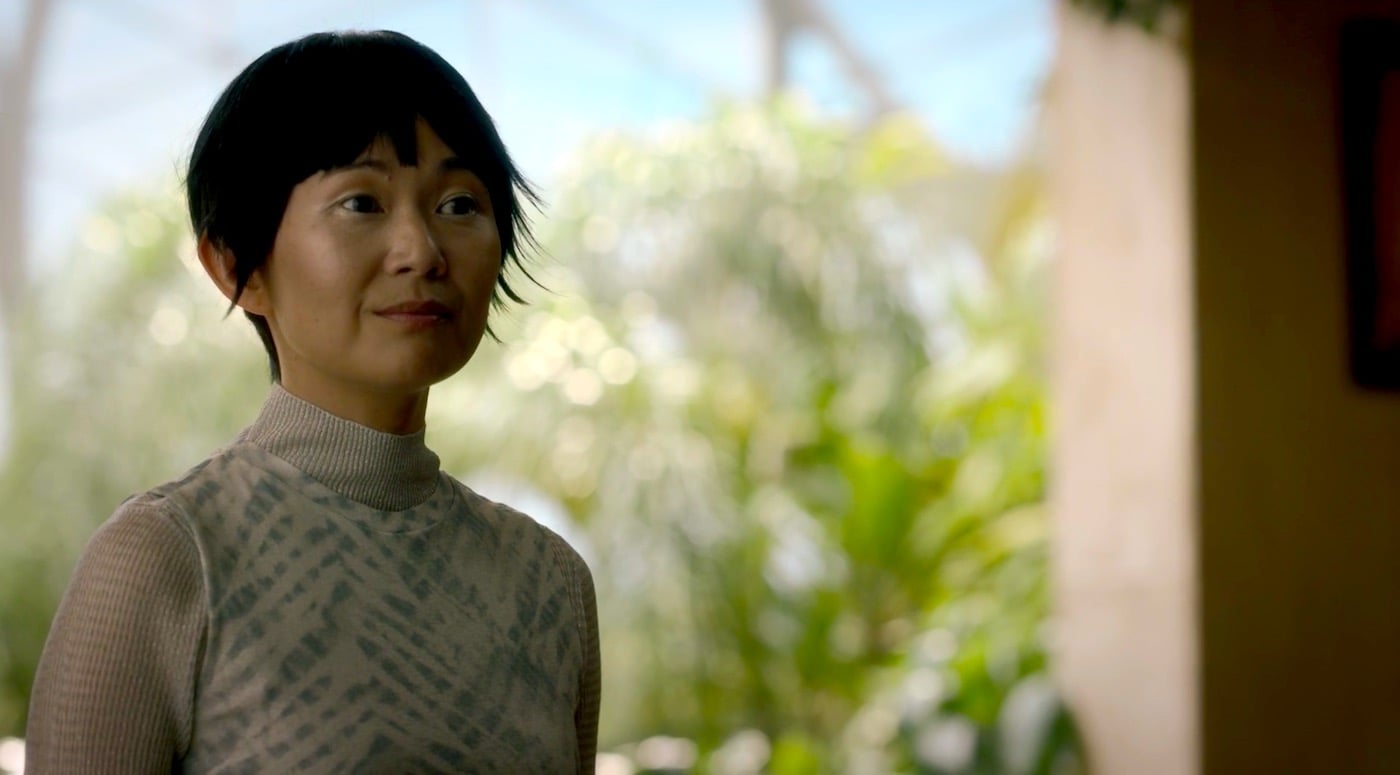 Week after week, HBO's Watchmen defies all expectations. Every time fans think they have figured it all out, the show pulls the rug from under everyone and creates new questions. Every detail, even the smallest one, can hide the truth. Incredibly, with only two episodes left in the season, there are still mysteries to be solved. One of them is Lady Trieu's connection with the original characters of the graphic novel.

Since her first appearance, fans have speculated she could be Laurie's half-sister and the daughter of the vigilante Comedian. Because of her Vietnamese background, many believed her mother was the pregnant woman the Comedian shot in the graphic novel shortly after the Vietnam War ended. But episode seven of the show implies a different connection.

Trieu reveals she cloned her mother and is feeding the younger version Nostalgia pills (just go with it) so Trieu can enjoy her upcoming victory with her parents. When asked about her father, Trieu says he will be there at the launch of her Millennium Clock. While this could mean she has cloned the Comedian, three pieces of information indicate her father is someone else.

First, we know she's incredibly intelligent and bought Adrian Veidt's company after he disappeared. The only person as smart as her in the show's universe is Veidt himself. Second, in a previous episode, when asked about her statue of an old Veidt, Trieu explains he was a "seed" of inspiration, and, in her culture, elders are revered — all the while using the present tense when talking about him, implying she's aware he's not dead.

Finally, Veidt builds a message out of clone corpses (again, just go with it) to someone with a satellite (which we know Trieu has). The message says, "SAVE ME D—," with the rest of the last word hidden. Some said it read, "SAVE ME DOCTOR," as in Dr. Manhattan, but it's possible he wrote, "SAVE ME DAUGHTER," instead.

Another important clue can be found in her speech. She mentions she designed and launched the first microfusion spacecraft at 30. If she's capable of that, she also can bring someone from Europa. Now that we know Dr. Manhattan wasn't the blue comet at the start of episode four, the best next answer is it was Veidt all along.

It seems all the paths lead to Trieu being Veidt's daughter, but with this show, you can never know.