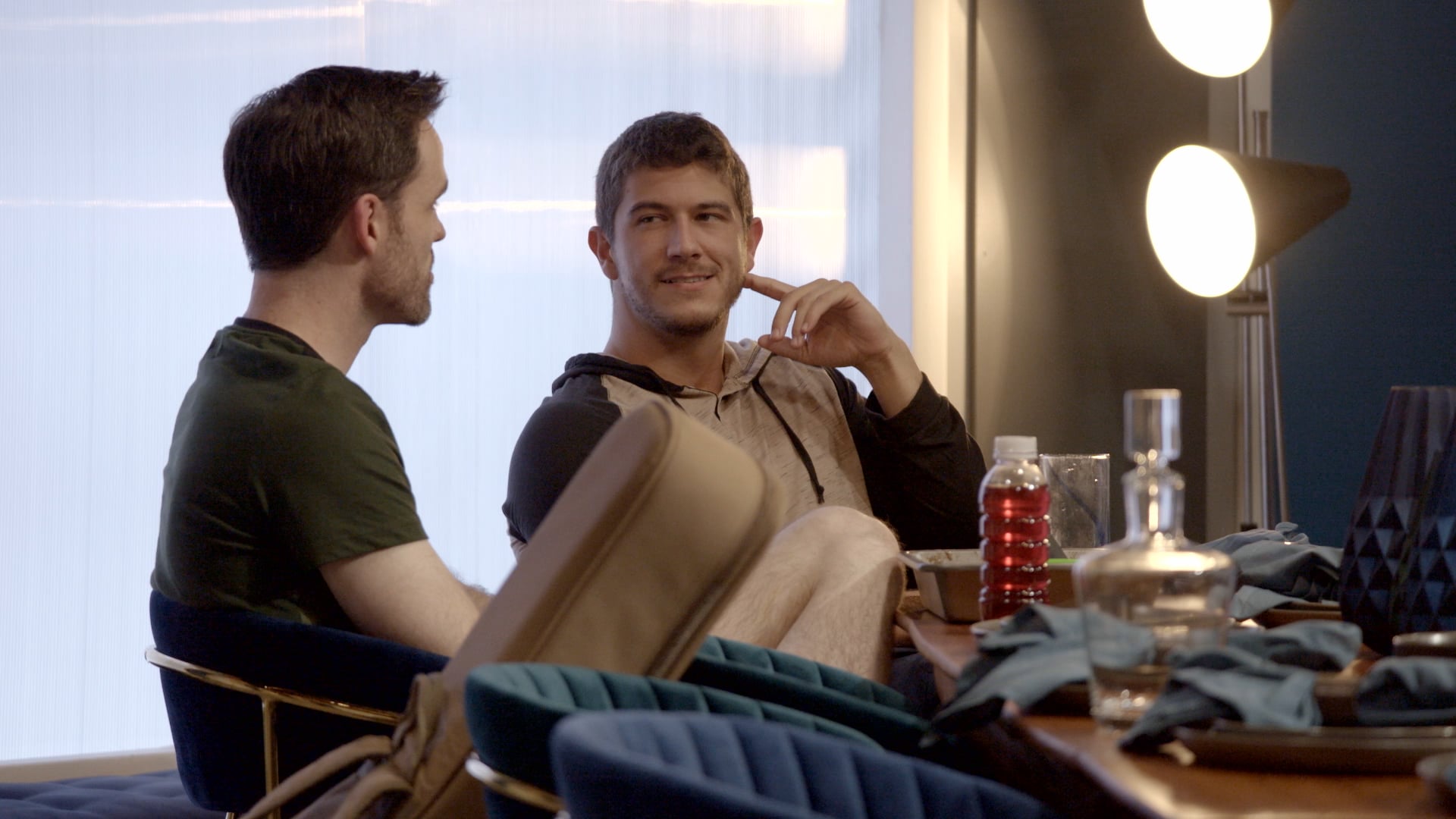 If you thought the onscreen madness on Love Is Blind was a lot to take in, you don't know the half of it! It turns out that the six main couples we followed were not the only ones to get engaged. Here's what we know about the engagements you didn't see.

"[I]n the end, we actually had more couples get engaged than we were able to follow on the show," series creator Chris Coelen revealed to Entertainment Weekly. He added, "We only have so much time to tell a story, but there are lots of interesting stories." Coelen mentioned one such couple by name: Rory Newbrough, a 28-year-old live streamer, and Danielle Drouin, a 29-year-old yoga instructor and model, who appeared briefly at the very beginning of the show and then never again.

Newbrough actually told his own version of how things went down in an interview with Women's Health: "[The producers] were like, 'We were expecting one or two [engagements], not eight! We set up to film five!' It was this weird whiplash moment, like 'What!?' They just kind of gave us our phones back and said 'Good luck, thanks for joining us, but we just can't cover your story.'"

He also revealed that, while he and Danielle got engaged and started a relationship once they were off the show, it didn't last. "The connection, at least on my side, was very pure and very real. I think it just wasn't as real for her once she thought more through it." According to Coelen's interview, Danielle then began dating Matt Thomas, another contestant whose full story wasn't shown on screen.

Ultimately, Love Is Blind managed to show a total of six engaged couples and their post-pod lives. Out of those, one imploded fairly quickly, while five others attempted to make it to the altar (although only two actually got through their vows). From the looks of things, the Love Is Blind reunion special will also focus just on those six couples, but we certainly hope the rarely seen contestants get to find love too!

Steve Martin
Steve Martin Announces Plans to Retire After "OMITB" Wraps: "This Is, Weirdly, It"
by Chanel Vargas 7 hours ago