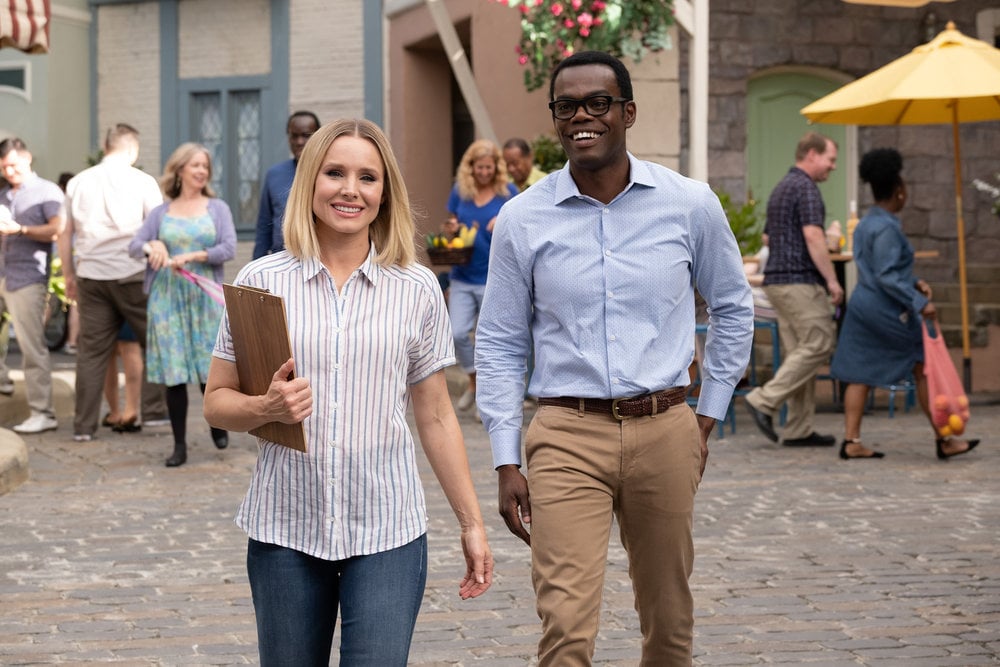 We knew The Good Place wouldn't last for eternity, but that won't make its impending conclusion any less painful. On the bright side, we now know when the series finale will premiere, so you can start planning your watch party while stockpiling boxes of tissues and shrimp platters.

NBC has announced that the beloved sitcom will wrap on Jan. 30 (cue the collective "awws"). However, the comedy will get a proper send-off that includes an extended episode followed by a post-show hosted by Seth Meyers. The cast — including Kristen Bell, Ted Danson, William Jackson Harper, Jameela Jamil, D'Arcy Carden, and Manny Jacinto — will join Meyers to reflect on the series and how far they've come since its 2016 debut. Altogether, the show's farewell will run for 90 minutes, so we'll get triple the amount of afterlife shenanigans.