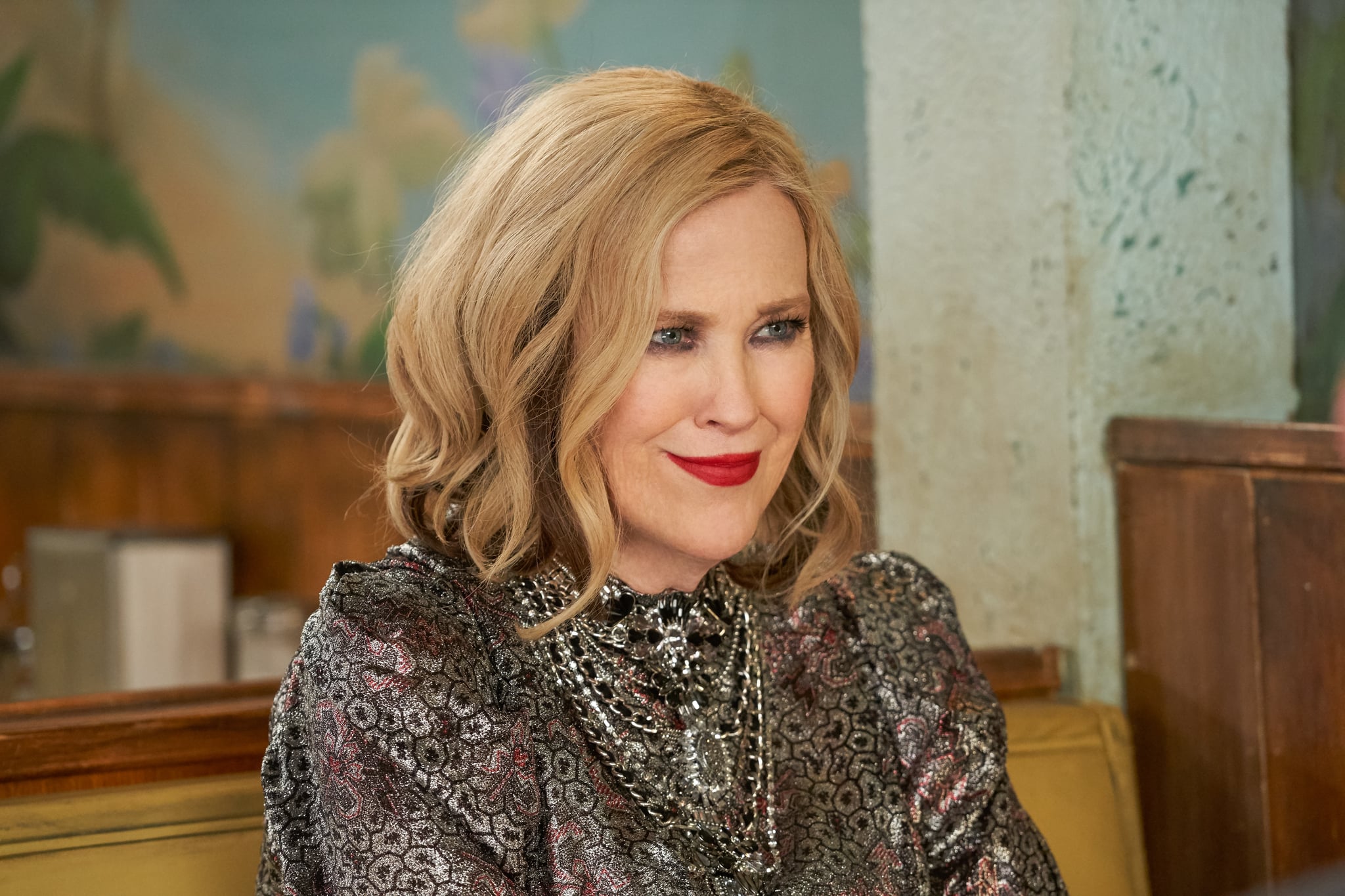 The 2020 Emmy Awards are happening on Sept. 20, and the comedy nominees this year highlight some of the funniest minds working in television. Most excitingly, Pop TV's Schitt's Creek — the Canadian sitcom that grew from a cult favorite to a widely known phenomenon throughout its six-season run — garnered a well-earned 15 nominations for its final season. And though I love the entire cast of Schitt's Creek, there's one performer I think most deserves the win this year: Catherine O'Hara, for her portrayal of Moira Rose.

This marks the second year in a row that O'Hara is nominated in the best actress in a comedy series category for Schitt's Creek, but those nominations are just a couple of O'Hara's myriad achievements. Throughout her career, O'Hara has distinguished herself as an adept comedian and character actress, beginning with her tenure on the Canadian sketch comedy show SCTV in the 1970s. She's also rounded out the ensembles of films like Beetlejuice, The Nightmare Before Christmas, and Home Alone, inhabiting supporting roles ranging from kooky to heartfelt. She's a bona fide comedy legend.

Yet O'Hara has only won one Emmy — a shared award for the SCTV writing team — and has never been recognized by the Television Academy for her individual acting work. Her loss to Phoebe Waller-Bridge at the 2019 Emmys admittedly made sense, as Waller-Bridge's heartbreaking and hilarious rendering of Fleabag was not to be overlooked. But this year, it's time for O'Hara's performance on Schitt's Creek to be recognized.

"O'Hara plays everything from Moira's fussy physicality to her impossible-to-categorize vocal inflection with unflinching zeal."

O'Hara clearly brings her sketch comedy background to Moira Rose, a former soap opera star whose hilarious idiosyncrasies can make her seem nigh inhuman. Her performance in Schitt's Creek is a masterclass in hamming it up; O'Hara plays everything from Moira's fussy physicality to her impossible-to-categorize vocal inflection with unflinching zeal. It's impossible to get through one of Moira's scenes without laughing.

In a lesser performer's hands, this collection of deranged traits — the wigs, the antiquated vocabulary, the wearing vests as pajamas — might become so over-the-top that Moira would lose her charm completely and begin to grate on viewers. But O'Hara's Moira is not so surface level. By the end of Schitt's Creek's sixth season, Moira bypasses her worser tendencies and grows into a compassionate mother who's more open with her emotions. Balancing Moira's outlandish persona with subtle character moments is a big task, but O'Hara pulls it off with seeming ease.

David and Patrick's wedding, one of the most heartwarming Schitt's Creek scenes ever, is a perfect example of O'Hara's ability to blend camp with nuance. As the officiant, Moira shows up in papal regalia and a wig that's almost floor length. She forgets Patrick's last name and warbles out words like "ostensibly" in her deranged accent. Yet when Moira gazes at David, the love in her eyes feels so sincere it will instantly make you start crying.

Moments like this are why Moira is the show's breakout character. O'Hara amplifies Moira's absurd screwiness while also exploring her vulnerabilities. Her performance somehow turns an exaggerated caricature befitting a brief comedy sketch into a woman who feels unmistakably human.

Moira Rose is one of the most lovable, hilarious, and influential comedic characters in recent memory. So let's hope the Television Academy has the sense to award the actress who brought her to life — if not, we'll have to drink some fruit wine to cope.