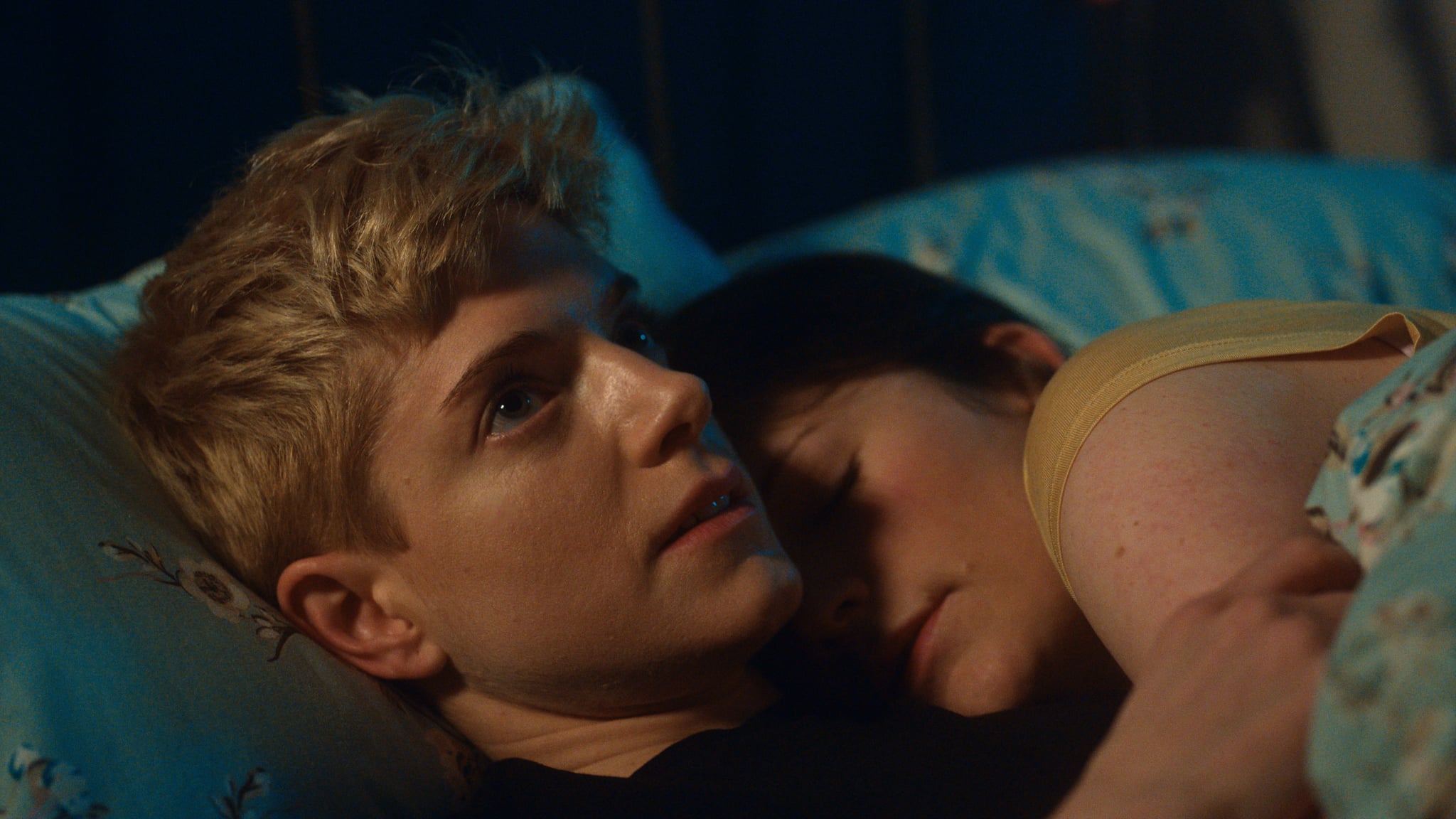 One positive aspect of living through social isolation is that I'm able to discover new shows as they happen. A few days ago, I was scrolling through my Netflix queue and happened upon Feel Good, a semiautobiographical series created by and starring comedian Mae Martin.

All I could think was, "Oh my god, somebody gets it. Somebody sees me."

I had heard nothing of the show and had never seen Martin's comedy before, but I thought, "Hey, I'll give it a shot. Who knows?" and settled in with no real expectations. Two-and-a-half hours later — the first season is six episodes, approximately 25 minutes each — I sat there stunned. I felt something like a resonance through the whole of my body. All I could think was, "Oh my god, somebody gets it. Somebody sees me."

Of course, there are plenty of differences between Martin — a successful comedian from Canada — and me — the equivalent of a piece of lint from Indiana. Much of the show deals with Martin's history with addiction, a struggle for which I have great sympathy but have had no personal experience. Not to mention, Martin uses she/her pronouns throughout the show. (In real life, Martin uses both she and they pronouns.)

Indeed, it isn't even until episode five that Martin comes out regarding gender. "I think I'm transgender, or like nonbinary, or whatever the terms are these days," she says. "But whatever, because I've always felt this way."

But from the moment Martin steps on the stage in episode one, I knew this was someone who understood, someone who got it. This sense of being seen and being represented as a nonbinary, femme-leaning queer person was one of the most refreshing entertainment experiences I've had in recent memory.

I hope it's obvious by now that representation matters, that having a broader range of stories and characters can only lead us closer to embracing the full range of humanity. Throughout the show's course, I watched Martin's character make mistakes, succeed, question, and grow in a human and believable way. This wasn't a nonbinary person as either victim or hero, and it certainly didn't portray gender as a static and singular experience.

I heard Martin say what I've been yelling at nearly everyone I meet: "I live by a theory that everyone's innately bisexual to some degree, and that sexuality's like a fluid, dynamic thing that can change throughout your life." I saw Martin simultaneously questioning whether she was "male" enough for her "straight" girlfriend and how to date men again given her gender expression. These are questions I've asked myself again and again, then berated myself for in case they made me a "bad queer person."

It was amazing to see my fears and insecurities brought to light, to hope that a larger audience will now be asking those same questions. It made me feel seen, a part of a larger world.

I am always on the lookout for nonbinary representation — especially femme-leaning — and Feel Good is one of the best examples I've found to date. I am hopeful it will open the door for even more shows and movies not only featuring a nonbinary person but focused on them. We are not just token diversity additions; we are, as Feel Good demonstrates, fully developed people with insecurities and doubts and bad habits and addictions and desires and potential.

Not every nonbinary person watching the show will feel the way I do, I'm sure, because being nonbinary is the antithesis of "one size fits all," but I believe Feel Good demonstrates convincingly that people are in a constant state of change — not only in their sexuality but also in their ability to grow. To paraphrase Giovanni Pico della Mirandola, "To man it is given to be whatever he chooses to be."

And how much more true for nonbinary people.