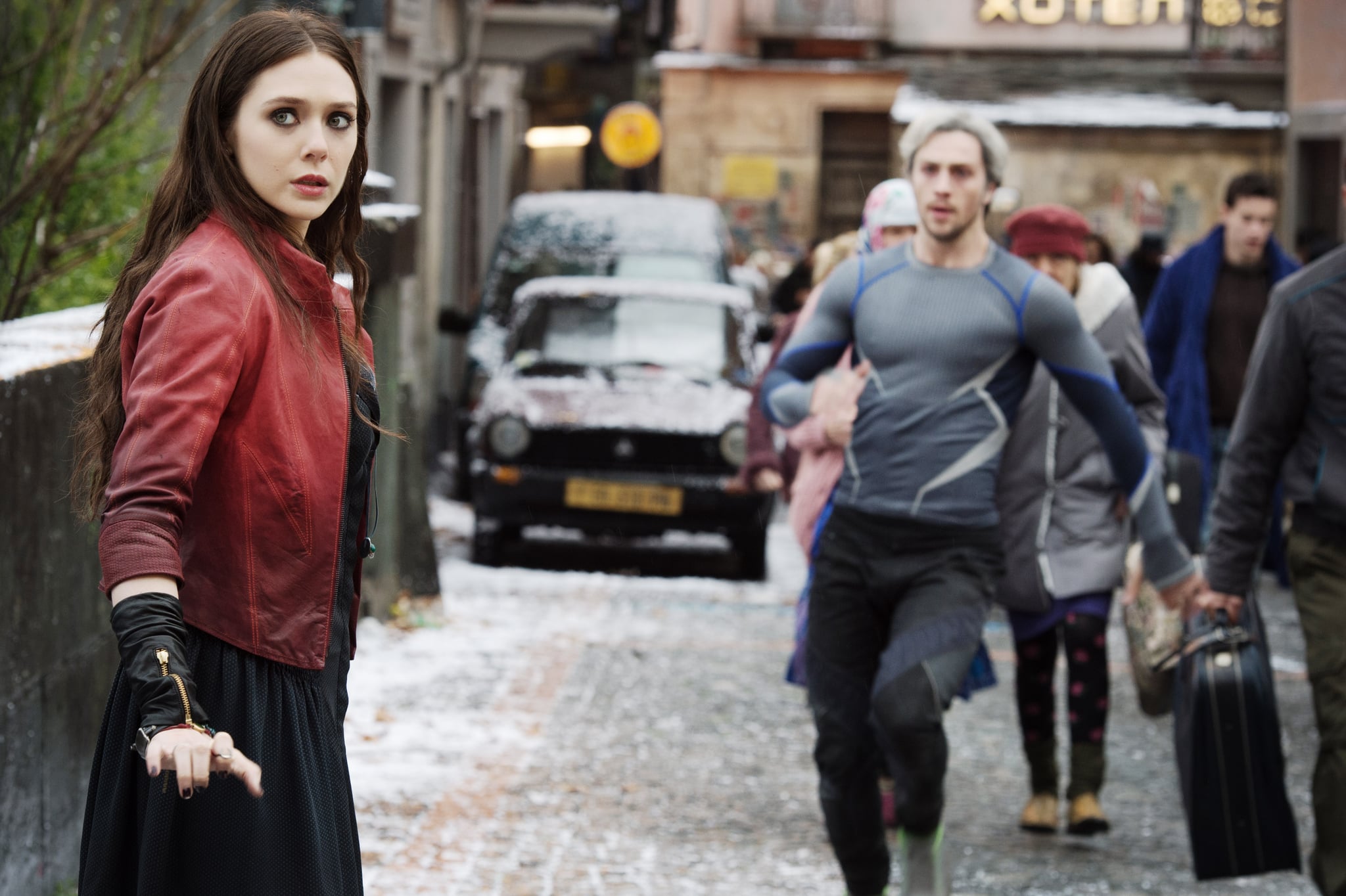 If there's one ghost that's been hanging over WandaVision since its release, it's the one of Pietro Maximoff (Aaron Taylor-Johnson). While Wanda has always been on the fringes of Marvel's biggest adventures, the series is meant to to explore her past and the full capabilities of her telekinetic powers post Endgame, as well as serve as a lead-in to Doctor Strange in the Multiverse of Madness. That premise provides a plethora of material for the show to delve into and that includes the life, demise, and potential future of the sorely underused Pietro.

The speedster known as Quicksilver made his first and last appearance in Avengers: Age of Ultron where he was introduced alongside his twin sister before he met his end during the battle of Sokovia. While Pietro was never seen or heard of again, in WandaVision's third episode, his sister recalls his memory after she gives birth to her twins, Billy and Tommy. "I'm a twin. I had a brother," she reveals to her neighbor "Geraldine." She seemingly loses herself in the moment, slipping into her Sokovian accent and singing a Sokovia lullaby to her sons before Geraldine interrupts her. But that one moment is a pivotal moment, as it's the first time Wanda has spoken about her brother since his death, and it hints at the inner turmoil she's been hiding since then. The big question is if this moment will lead to something bigger for the Maximoffs?

Related:
11 WandaVision Fan Theories That Could Change the Course of the MCU

The most obvious result is that Wanda could reveal more about her past as she cares for her twins. Having them around will probably trigger her memories of her twin brother and lead to her exploring the bits of her past that she hasn't been able to before, leading us to uncover more about her story. While this would normally mean a comeback for Pietro in the form of flashbacks, WandaVision doesn't seem the type of show that uses flashbacks. To fit the theme of the show, it's more likely that we'd see Pietro in a commercial referencing Wanda's past, like the previous in-show ads that fans believe feature the Maximoffs' parents.

If we're lucky, we can see Taylor-Johnson returning as Pietro in a move close to his return in the very comic book storyline that inspired the series. In House of M, Wanda alters the fabric of reality to give everyone what they wish for, but when people become aware of her spell, they work to change it. Magneto, Wanda and Pietro's father, kills the speedster when he discovers what happened. Although Wanda brings her brother back to life, she also decimates a majority of mutant-kind in response. While most of that can't happen in the MCU, the revival could! Since Wanda brought back Vision (or so we think), she may be able to bring back her brother. There's just no guarantee that he'll exist once the town of WestView is put to rights. He could even pop up in one of those multiverses that Wanda will be messing around with soon! We don't know for sure, but we have our fingers crossed that Pietro will be making a return, if not for us, for Wanda.