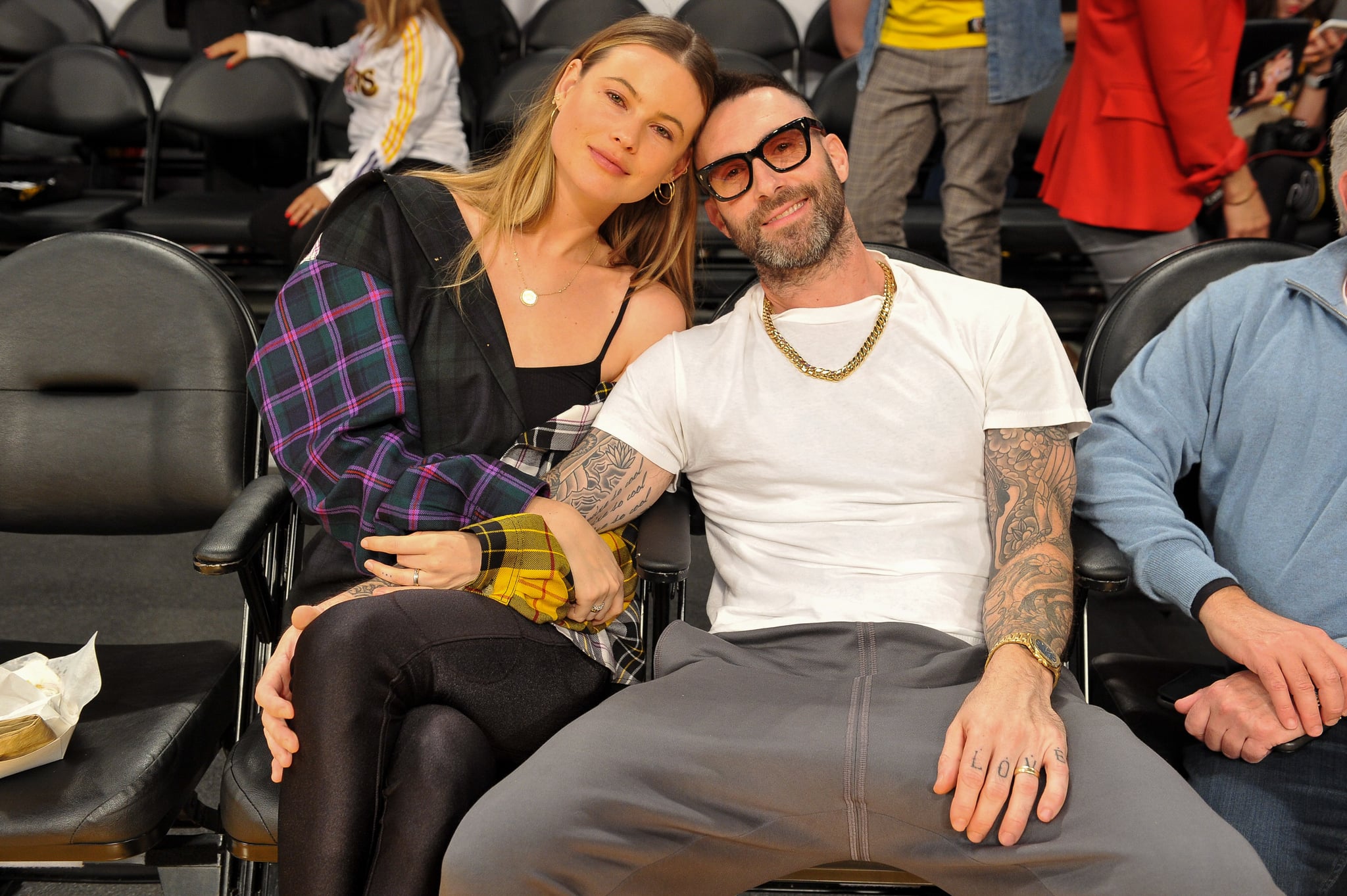 Behati Prinsloo tends to keep her family life with Adam Levine relatively private, but the mom of two recently opened up about motherhood, and it's so raw. In honor of Kate Upton's Share Strong campaign, where she encourages others to "spread positivity by posting what or who inspires you to be strong," Behati is praising her kids. "Here's to the sleepless nights, bleeding nipples, crying, laughing, the highest of highs and lowest of lows and everything in between, I won't change a single thing, being mom to Dusty and Gio keeps me strong, motivated and empowered," she wrote alongside a blurry photo of her daughters.

The photo looks like it was taken last year, but the craziness of it all and the heartwarming caption are what motherhood is all about. Behati and Adam have two daughters — almost-3-year-old Dusty Rose and 1-year-old Gio Grace — and have even opened up about wanting more kids! For now, we'll just gush over these two cuties and Adam and Behati's romantic relationship.