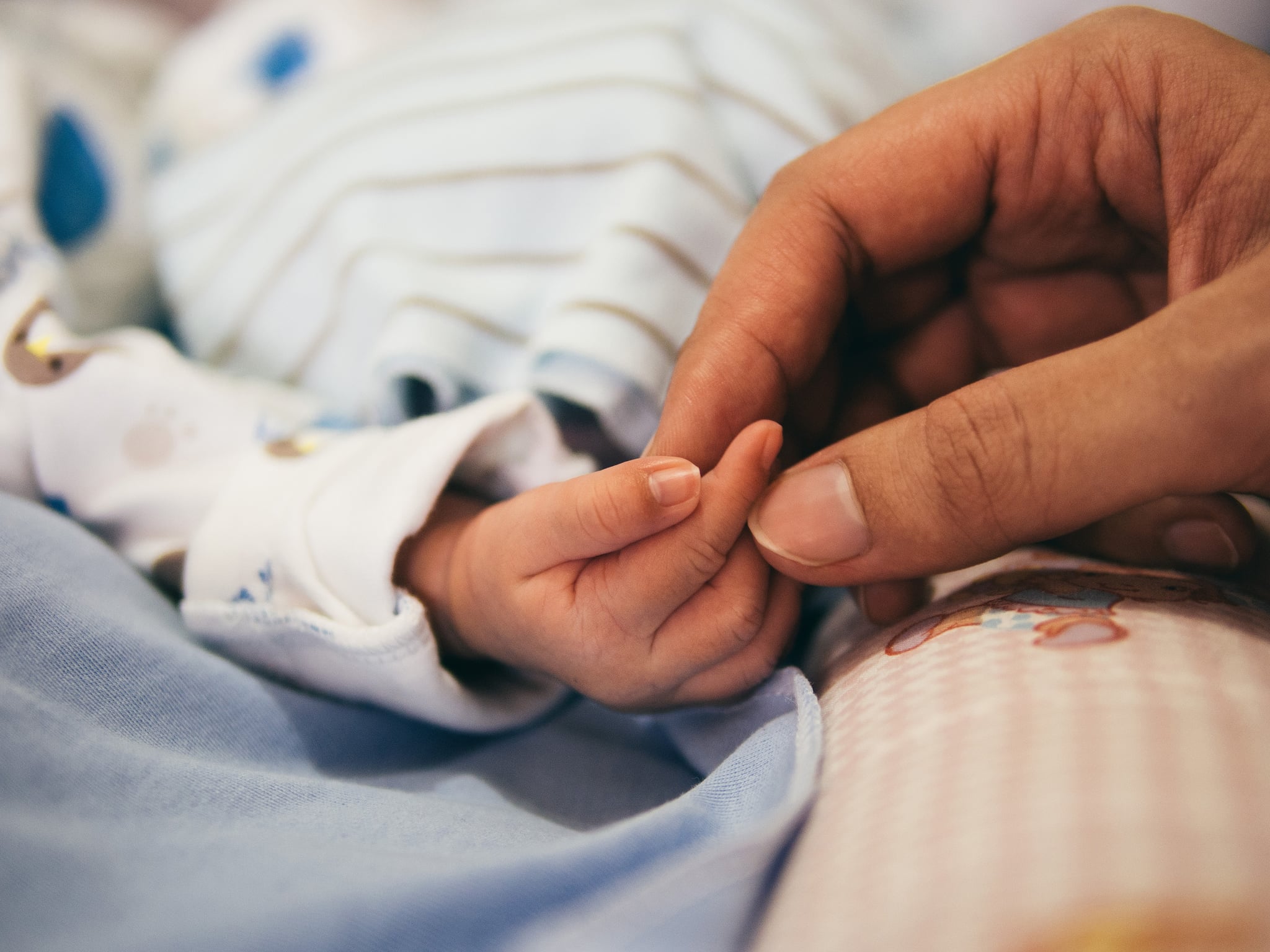 An entire month before my due date, I found myself being rushed to the hospital. My baby-to-be had reached a stagnant weight and was no longer growing, and she would need to be admitted to the Neonatal Intensive Care Unit right after I gave birth. To say I was an emotional train wreck is a serious understatement.

I quickly learned that having a premature baby in the NICU meant that I couldn't do a lot of things. I couldn't hold my daughter, cuddle her, or soothe her in my arms. I couldn't get alone time with her or share those special bonding moments new moms dream about. Since her lungs weren't fully developed, she needed to remain on oxygen until they became stable enough for her to breathe on her own. The doctors didn't know when that would be, so they informed me she would need a feeding tube until further notice. It also meant she would be staying in the NICU for an indefinite period of time.

Related:
The Staggering Number of Calories Breastfeeding Can Burn in Just 1 Day

One of those nurses even told me I should just stop trying altogether, which made me want to succeed even more.

I felt like breastfeeding her was all I had left to cling to. That was the end goal I became focused on. Until I could actually breastfeed her, though, I had to pump. A lot. Every hour that wasn't spent in the car driving to and from the hospital to visit her, I was pumping. This might seem a little excessive (trust me — it felt that way, too), but it was the only way to establish my milk supply and make it last since my daughter couldn't actually breastfeed on her own yet. I was awake all the time, and barely sane.

Between these never-ending pumping sessions were the best parts of my days. I would wash up, put on my latex gloves and scrubs (something all visitors have to do to reduce the germs that pass through the NICU), and go visit Grace. I always did the same thing, which was pull up a chair next to her isolette — basically a small, glass incubator — and read her books, sing her songs, or reach through the armholes just to hold her tiny, precious hand. She made all the trouble of pumping and everything else worth it. It was on day five of her NICU stay that I was told her feeding and oxygen tubes would finally be removed. To celebrate, the nurse gave me the OK to hold her for the very first time since she was born. We stayed that way for hours, until the lactation consultant from the hospital showed up in all of her angelic glory.

The moment I was waiting for was here: we would finally get to breastfeed! As much as Grace tried, though, she was still so weak and fragile. Every time she would finally start to latch on to my nipple and start sucking, she would either fall asleep or lose control and fall off — not to mention the cords and IVs I had to navigate around every time I had contact with her. I'll admit, being on the hormonal rollercoaster ride that happens postpregnancy got the better of me for a little bit. I felt like I had failed her, and almost every part of me wanted to give up. But I couldn't . . . I wouldn't. I loved her too much to just throw in the towel that easily. And while I had absolutely no problem formula-feeding or even pumping and feeding her through a bottle, I wasn't ready to let go of my breastfeeding journey just yet.

Grace and I worked with that angelic lactation consultant every day. It wasn't always easy, especially when a few of the nurses got annoyed that I would be keeping Grace out of her isolette for so long to try to breastfeed. I would quietly listen on as the lactation consultant stressed the importance of skin-to-skin contact and the benefits of breastfeeding to the nurses, who would then voice their concerns that preemies aren't supposed to be exposed to the outside world and germs often. One of those nurses even told me I should just stop trying altogether, which made me want to succeed even more. Regardless of anyone's opinion, it really felt like Grace and I were a team. If she could latch on and remain awake, I was happy. If she needed to be bottle-fed with my pumped breast milk that day, I was happy. Most importantly, I felt like even if we just made it that much farther, we could make it through anything.

Related:
Mom's Message For 2 Women Who Publicly Shamed Her For Breastfeeding at Disneyland

Our breakthrough came on the second-to-last day of Grace's 10-day NICU stay. She had been moved up to intensive care and into an open crib. She had lost weight, making her a total of 4 pounds 12 ounces, but she was still healthy and thriving. Her lungs were doing great, and everything was looking up. It all felt too good to be true, but to make it even better, she had finally completed a breastfeeding session, emptying one breast, then the other. Little did I know this would be just one of many. I ended up breastfeeding Grace exclusively until her first birthday, and I enjoyed every single moment of it . . . especially since I knew how hard it was to get there.