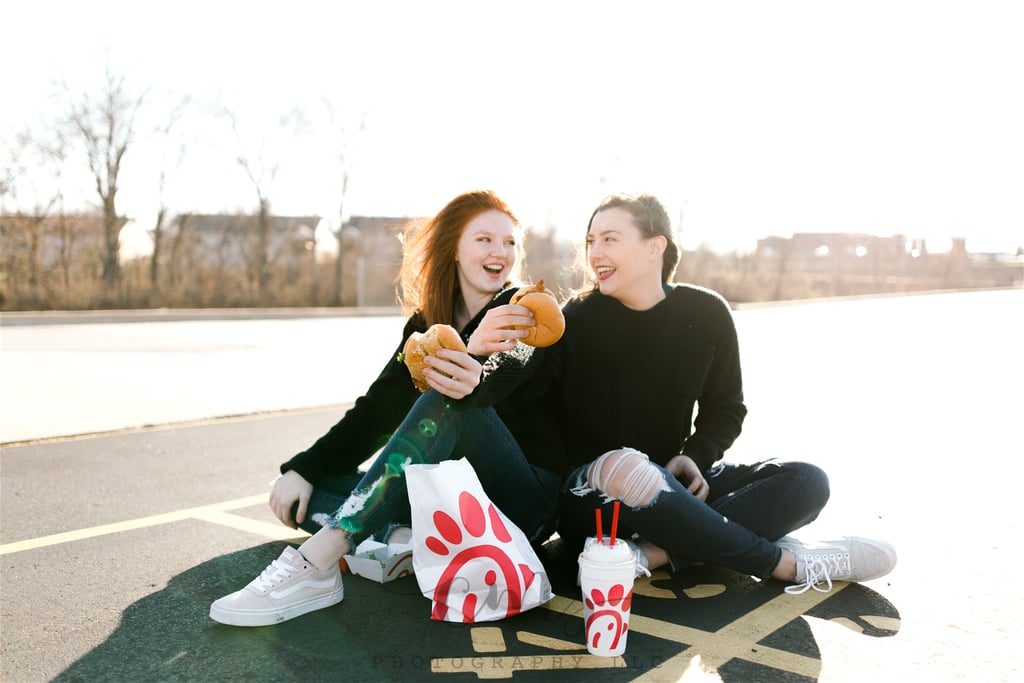 Caitlyn Stepp and her best friend, Abby, knew they wanted to commemorate their high school years in a big way: by paying tribute to their favorite restaurant, Chick-fil-A, with a custom photo shoot. And who better to enlist than Caitlyn's older sister, photographer Courtney Stepp, to do the honors? Courtney told POPSUGAR that she was happy to take the pictures since the pair have been virtually inseparable since they met in the eighth grade.

"These two have always been so close that I feel like Abby is a sister to me. From dinners to hikes, there is no hiding that they are the best of friends," she said. "They're always goofing off and cracking jokes, pranking one another, or gossiping about the boys they like. I've witnessed their friendship this entire time, so by their senior year I knew I had to make something unique but also really fun."

The girls picked up some of their most beloved menu items from the nearest Chick-fil-A and headed to a park that they both clocked many hours in during their childhoods. And we have to say, the results are pretty fantastic. Scroll through to see some of the best shots before stealing the idea for yourself.

Related:
To Celebrate Decades of Marriage, This Couple Had an Entire Photo Shoot at Taco Bell
Previous Next Start Slideshow
Tweens And TeensPhotographyChick-Fil-AHigh SchoolParenting News 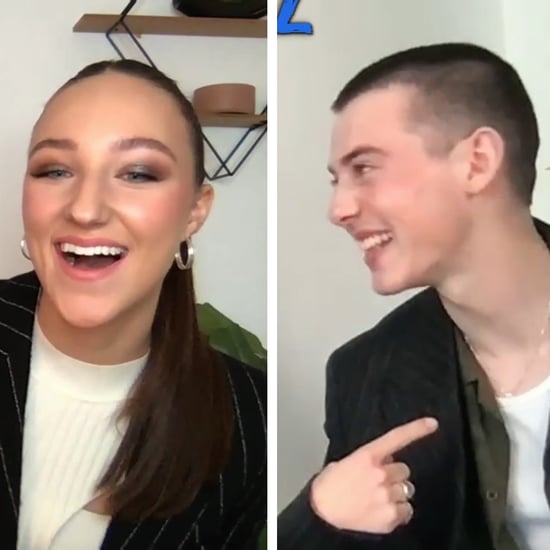 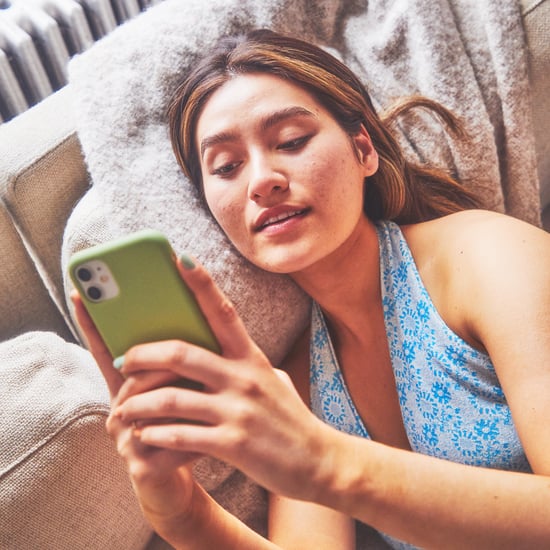 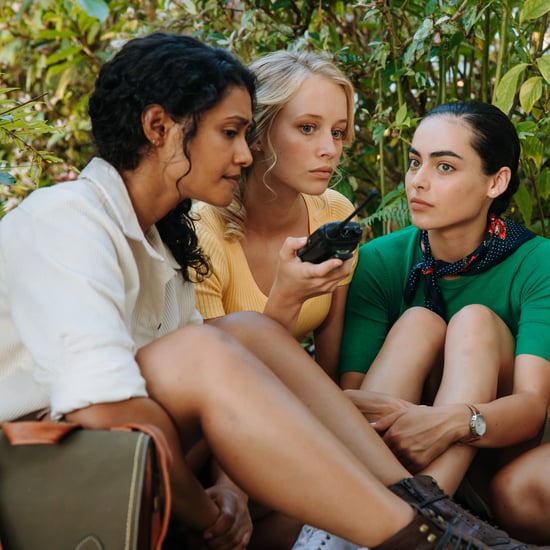