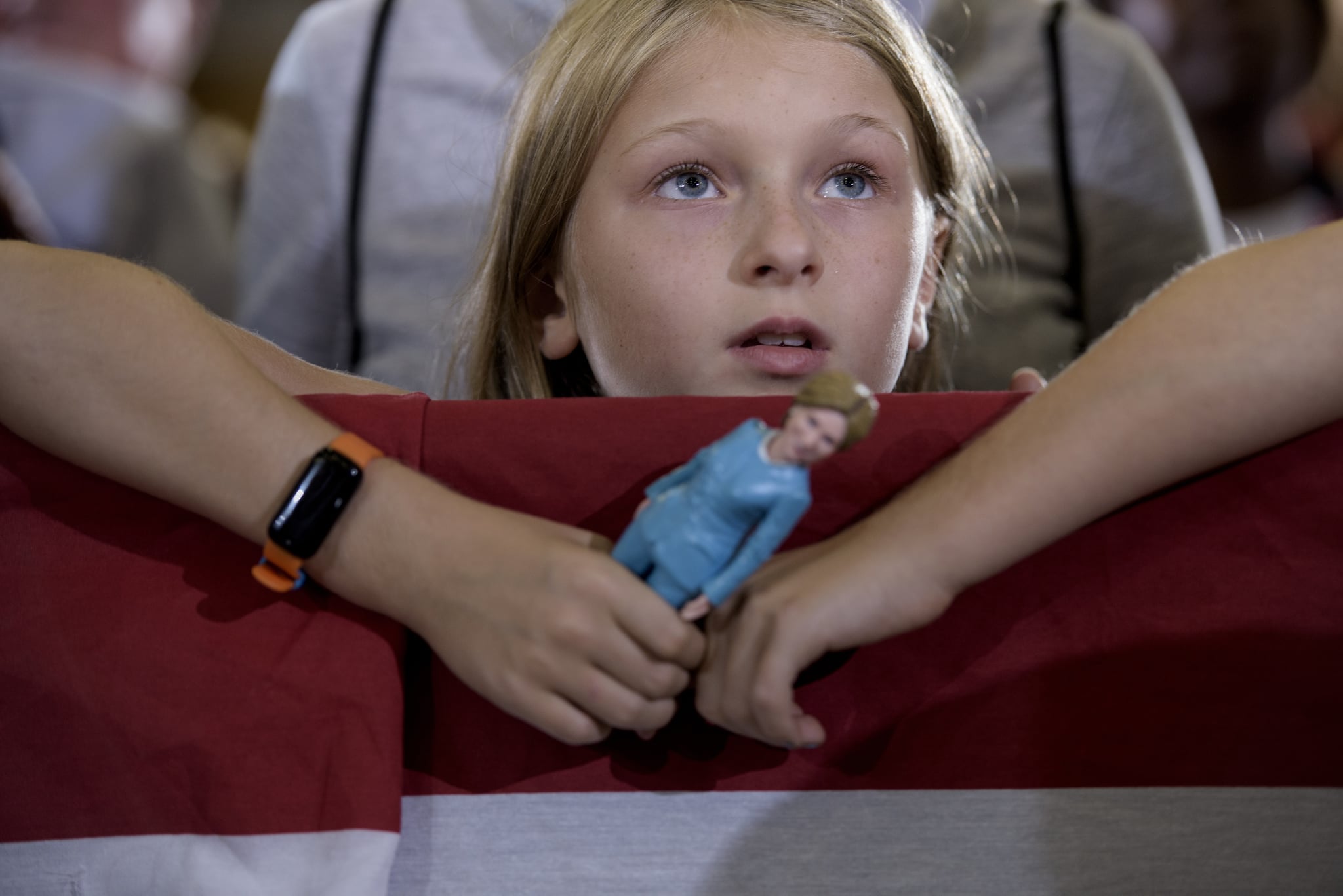 Although I'm a pretty political person (I'm as socially liberal as they come and vote accordingly), I'll admit to not really knowing how to discuss this election with my 5-year-old daughter. Part of my reluctance came from not knowing how to defuse such a complicated election into something she could understand.

The old donkey-elephant, red-blue separation where we respected each other's differences while still fighting tooth and nail for a single agenda somehow turned into a battle between a playground bully and a woman who was forced to play his game while pretending she wasn't a woman at all, then ended with a referendum that no one could have predicted.

I've been increasingly confused, not about who I would vote for (I was obviously with her), but about what the f*ck was happening with our political system. And who wants to explain something to their kid that they themselves don't wholly understand? American ideals that have always seemed obvious to me (love wins over hate, facts rise above lies, we are a nation that embraces immigrants) have been muddied, and I guess I've been waiting for the waters to clear. Last night I found out they were murkier than ever.

Of course, I underestimated both how much my daughter was taking in and how well she understood it, even without me explaining anything to her. Last week, she voted Hillary Clinton at an election I didn't even know her school was having, placing her vote with a frosted animal cracker.

"Why did you vote for Hillary?" I asked when she told me about the election after school, listening for her response while also trying to recall every impassioned political conversation she probably overheard between me and her dad. (Please God, don't let her say "because Donald Trump grabs girls by the p*ssy . . .")

"Because she's a girl, girls are really smart, and I think she'd be a better president than Donald," she replied. Sound logic, I thought. If only the rest of the country had agreed with her.

"Do you know that if Hillary wins, she'll be the first female president ever?" I asked her, at the time assuming that win was a foregone conclusion.

Her jaw dropped, literally. "No way! Is that really true?"

Explaining to her that yes, it was true, made me sad, not only because it's totally unacceptable that in almost 250 years, our country hasn't figured out that a woman is capable of running this fine country of ours. It also made me sad, mad, and disappointed because during this election, I watched an accomplished, overqualified woman, mother, and grandmother have to effectively hide her gender in an effort to compete with a misogynist. And it still didn't get her elected.

Today, I have to wonder if that gender downplay somehow cost her the election. Because how in the world did more than 40 percent of women in this country vote for a man whose bragged about sexually assaulting them? Did the half of our country who should inherently prioritize women's rights forget about them on Election Day? Or is the other half just incredibly more sexist than I've ever let myself believe?

I woke up this morning, after sleeping only a few hours, with tears in my eyes over the prospect of having to wake up my daughter and tell her that her candidate lost. How could I tell her, a 5-year-old girl who couldn't believe that it had taken this long to even get a female presidential candidate, that our country had elected a woman-hater over a woman?

I did it in the only way a parent can: leading with love. I explained to her that our democracy is flawed but beautiful, that we have to respect our differences and trust that love and acceptance will always prevail in the end. And I also told her that we needed to celebrate Hillary, who broke a glass ceiling, even without winning.

And her candidacy is a thing to be celebrated. Not just for the women who fought tirelessly for our voting privileges, less than 100 years ago. Not just for my grandmother, who was one of four women to graduate from her college's business school, when tuition was just $25 a semester, who always told me I could be whatever I wanted to be. Not just for her husband, my grandfather, who had three daughters and supported them all through college, then grad school, because he believed in women's education, advancement, and overall ability.

But mostly for my 5-year-old daughter, who couldn't believe that it's taken us this long to get here.

"I'm really sad that Hillary didn't win," she told me this morning.

"Me, too, but you know, by the time you're my age, I'm sure we'll have a woman president," I responded, silently praying, for both of our sakes, that it's true.

The Ellen DeGeneres Show
Willow Hart Might Have a Number 1 Song, but Pink Hilariously Admitted She "Doesn't Care At All"
by Perri Konecky 6 hours ago