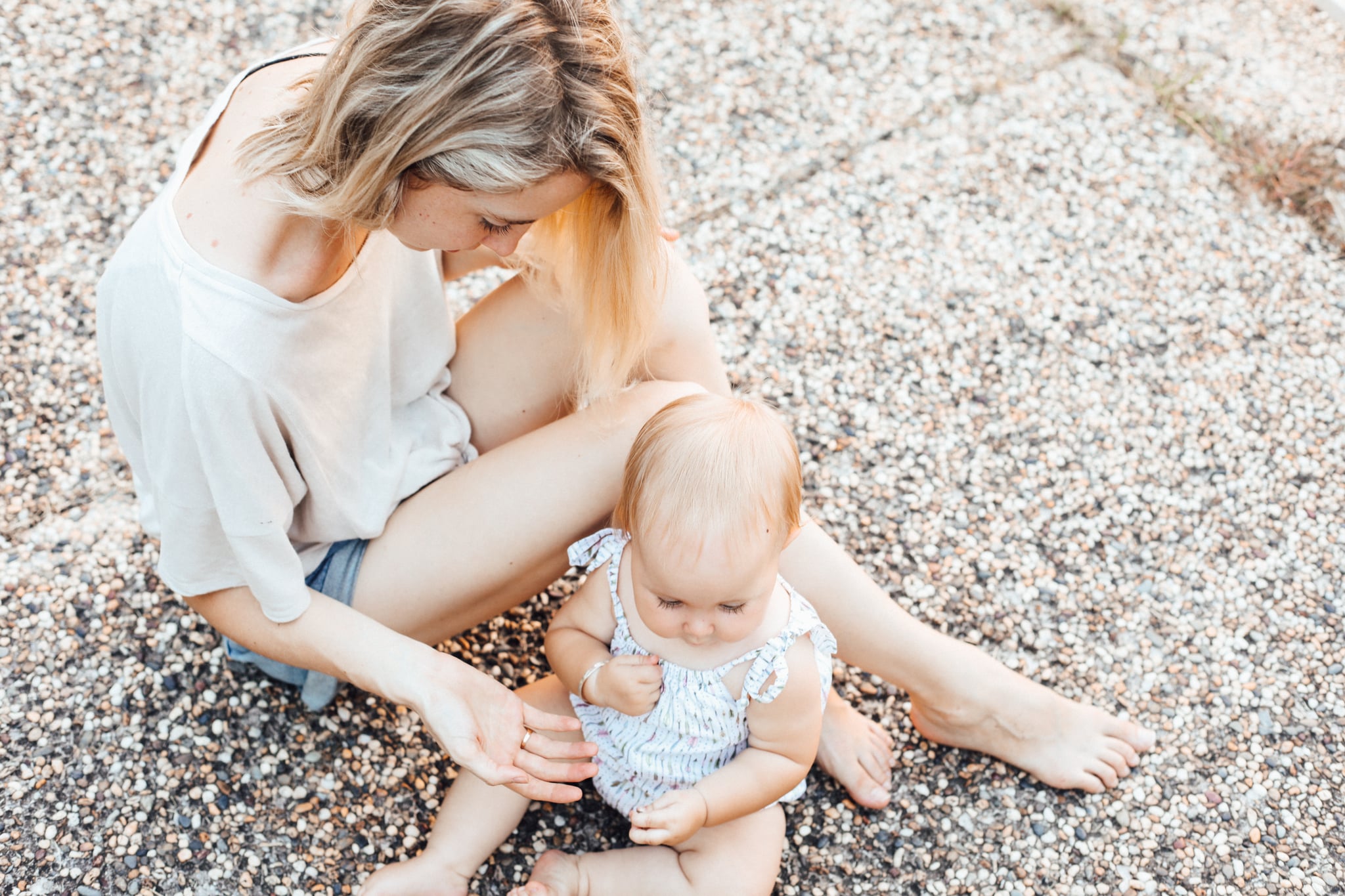 After I quit my job to be a full-time stay-at-home mom, I quickly realized that I needed something to do with my (very limited) free time aside from laundry and diapers. So, I figured I could write about doing laundry and diapers. I followed a few mommy blogs at the time and everything about that industry seemed appealing: work for yourself, write about whatever you want, and get boxes of free products in exchange for writing something nice about the company who sent said boxes. Some bloggers even get all expenses paid vacations. I mean, who wouldn't want a gig like that? All I needed was my camera, computer, some spare time, and an angle (mine was about being a laid-back mom). It was going to be awesome. But the more I thought about it (I mean, really thought about it), and when I actually started writing, the louder the voice in my head started screaming, "Hell no!" got.

[Building up a following for your blog] is a crazy game that, frankly, I don't have the time or energy to play.

One of the things that makes a blog so interesting is the pictures. Want to know if that $200 kid's teepee is worth the splurge? Check out that mom's blog and see how it looks in her kids' playroom. Then see a picture of her impeccably dressed child playing in it. Or maybe you're in the throes of potty-training hell. That mommy blogger is going though the same exact thing! She wrote a super witty and relatable post, complete with a hilarious picture of her adorable toddler throwing an epic tantrum while sitting on their tiny potty — and you realize that you're not alone. At least, that's probably how it is for most people. But not me.

Related:
If You Have a Gender Reveal Party, I Won't Be Bringing a Gift

When I thought about being the one to actually write this stuff for other mothers to relate to, I came to the realization that I'm neither witty nor funny. And let's be honest . . . does anyone actually care about my post-baby diet and workout routine? Or that I just happened to find an insane deal on bedsheets at Target? How about my rant when Starbucks discontinued my go-to drink when I was very pregnant and craving it six times a day? Because, folks, that's about as exciting as it gets around here.

Then there's the fact that in order to turn your blog into a nice little business, you have to actually build up a decent following. That alone is a crazy game that, frankly, I don't have the time or energy to play. In order for companies and brands to work with you (i.e., send you free stuff), people have to care about what it is you're talking about. So how do you get there? There's a great support system to be found in the world of mommy bloggers by way of follow loops; a "you follow me, I'll follow you" type of deal. However, you inevitably run into bloggers (and there are TONS of them) who follow you, wait for you to follow them back, and then unfollow you. And if that's not your scene, you could always toss authenticity to the wind and just buy some followers or pay a virtual assistant to flood the internet with links to your blog. So much of it is about blogging and social media politics. You're also basically begging people to pay attention to you (while wearing really nice clothes and traveling to fun places, while I sit in my living room in my T-shirt and sweatpants).

Related:
The Secret to Being Lucky in Love Is Investing in the Relationship You Have

But, I will say that I do give mommy bloggers a lot of credit. It's a job that takes hard work, guts, wit, and a whole lot of other things that I don't have. And to those bloggers who are working so hard to create authentic, informative, and downright hilarious content for us fellow moms, thank you! And to those who are in it for only the free stuff and "likes," I hope you get spit up on that new shirt that company just sent you. Now go ahead, find a good mommy blogger, and give her a follow, because it sure as hell won't be me.