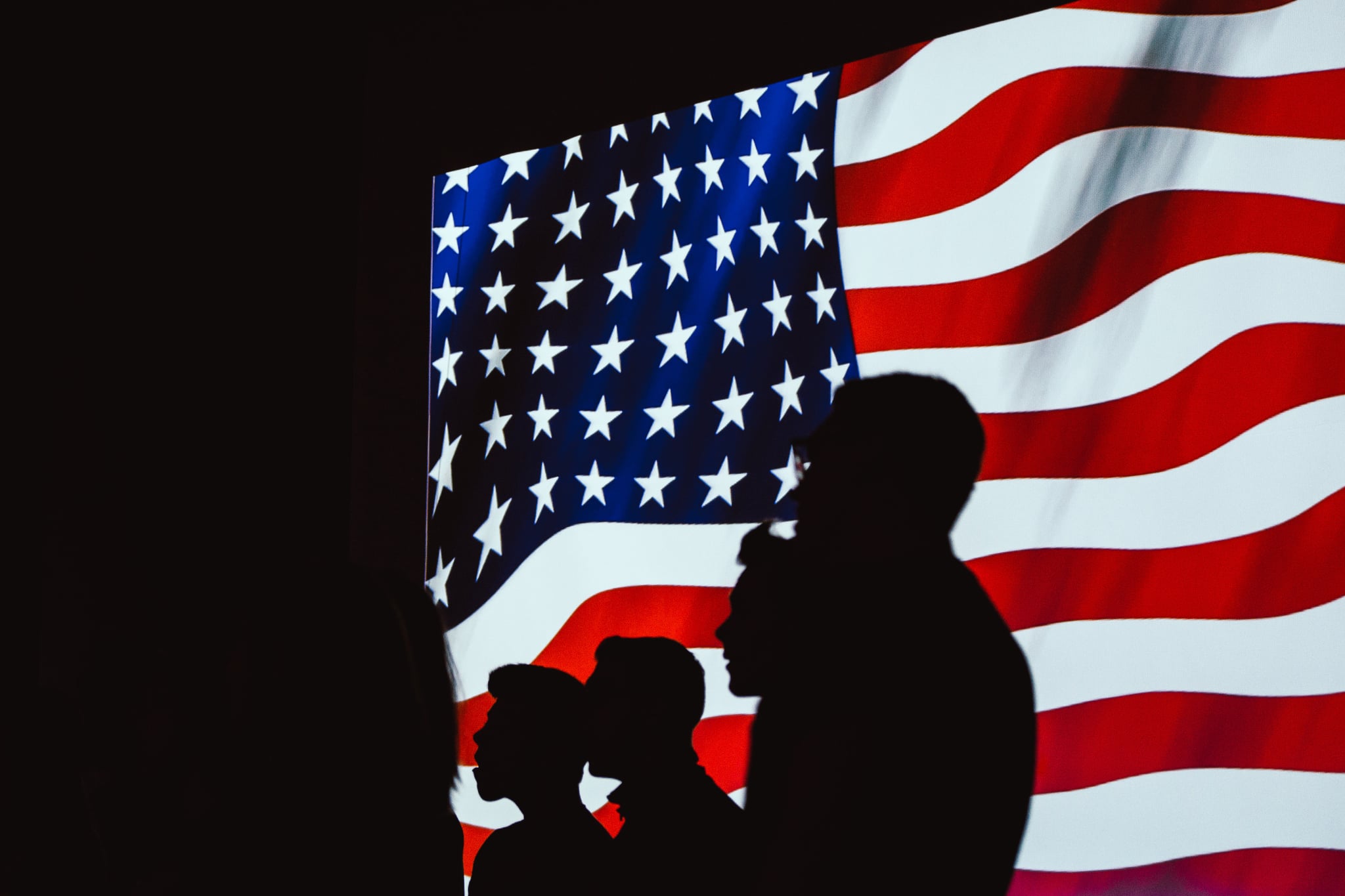 As my son immerses himself into the world of school, there are a lot of things I'm excited for him to experience. Homework, as much as my 12-year-old self would hate me for saying this, is mostly a good thing and helps him learn how to manage tasks. I'm also looking forward to him going on field trips, making friends, and learning cool and exciting things. Of all the good experiences that are part of our cultural relationship with school, I don't think the Pledge of Allegiance is one of them — in fact, I don't want him to have to say it at all.

I remember learning the pledge when I was a child. It was one of the first things I was forced to memorize, as I'm sure it was for most people, and it was mostly an innocuous exchange, merely a regurgitation of words. Having grown up in a very conservative part of the country, I said the pledge at the start of school every single day all the way through high school.

Related:
This Mom's School Picture Day "F*ck Up" Turned Out SO Much Better Than It Should Have

Allegiance is blind, unthinking support. I don't think my child should be asked to be loyal to something without reservation.

Despite the fact that it's illegal for students to be forced to recite the pledge, or even have to stand during its recitation, there was never a moment in my schooling when it wasn't compulsory. Even long after I had really taken the time to listen to the words that I was being forced to recite, the expectation was that I was going to vocally devote myself to the flag, country, and to a God that I wasn't even sure if I believed in.

Adopted by Congress in 1942 (and given the religious phrase change to add "under God" a decade later), I find everything about the history of the pledge to be problematic and steeped in nativism and xenophobia. It was written during a time when some truly horrible and racist laws were put into place (The Immigration Act of 1891 comes to mind), adopted by congress during WWII and a massive global refugee crisis, and the addition of "under God" pushed back against Russian communists during the Cold War.

However, even with all of the horrible history aside, just the act of making a child recite those words isn't ideal. At least it isn't to me. I respect other parents who want their child to say it every day, but I don't think every child should be expected or pressured to do it. Allegiance is blind, unthinking support. I don't think my child should be asked to be loyal to something without reservation. We ask them to trust most adults but only until the adults display that they can't be trusted. Why should we tell them to trust the country and its leaders without any further proof or information? "Because I said so" isn't a good enough reason for why my son shouldn't eat ice cream for dinner, so I don't think it passes for why he should have to devote himself to a country that may not have his or other people's best interest at heart.

Related:
My Daughter Made a Bold Statement in Her Preschool Class, and I Love How Her Teacher Responded

Believe it or not, I love our country, but it's far from perfect. Even in an ideal world, where racism didn't exist and Facebook fights with your aunt were only about football instead of politics, I don't think the pledge should have such a wide place in our school system. It's possible to love your country and not devote your entire existence to a fragile entity. Look at practically every other developed nation — surely their students also love being from where they come from.

True patriotism is not rooted in the pledge but rather in a true commitment to the nation's people and ideals through hard work and compromise, and the fact that where we live is a part of who we are. If we want our students to actually embrace America, how about we trust them enough to let them freely think for themselves and connect with being an American without the pledge? Maybe then there actually will be some real change.